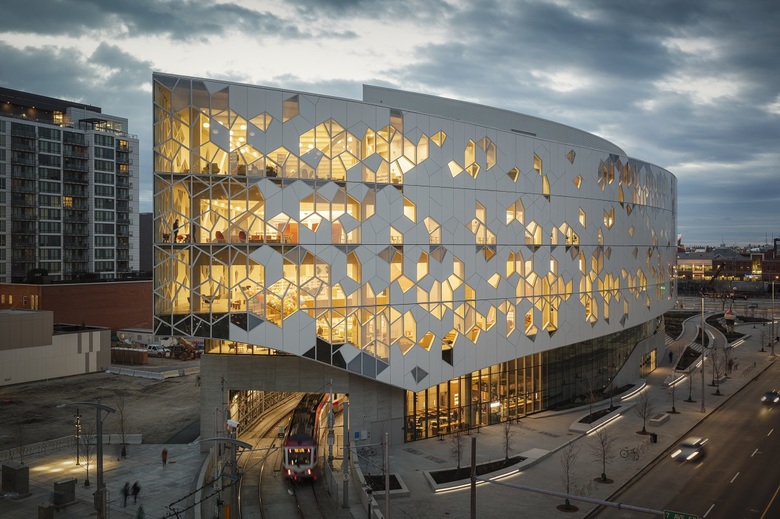 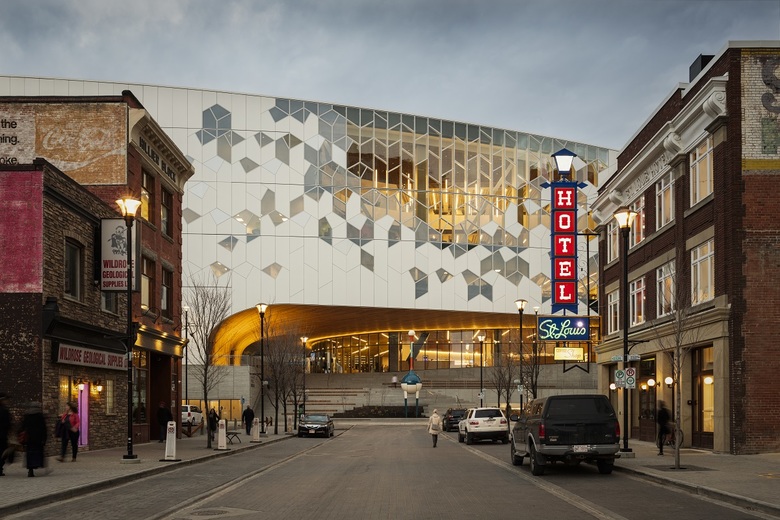 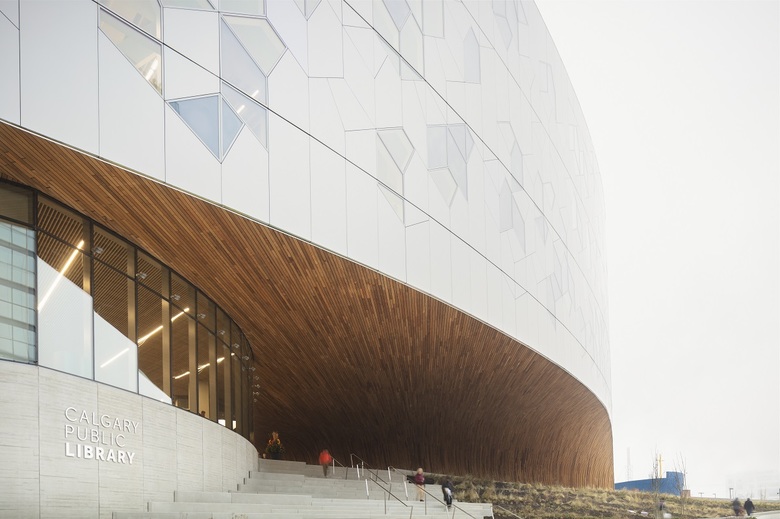 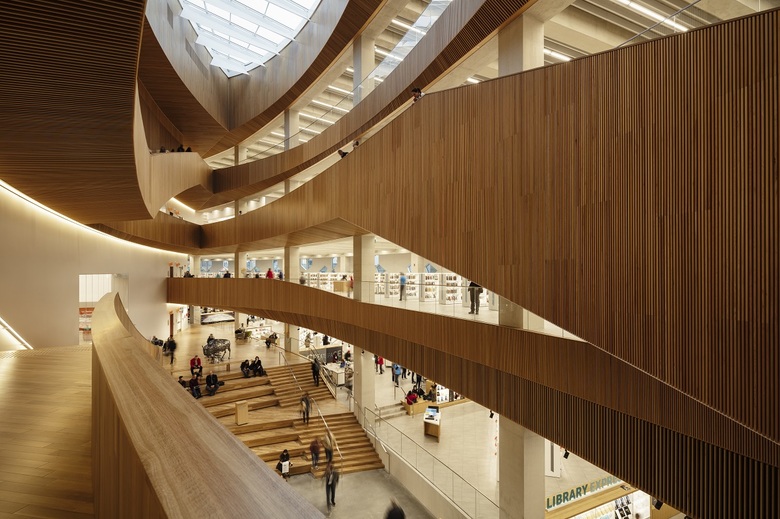 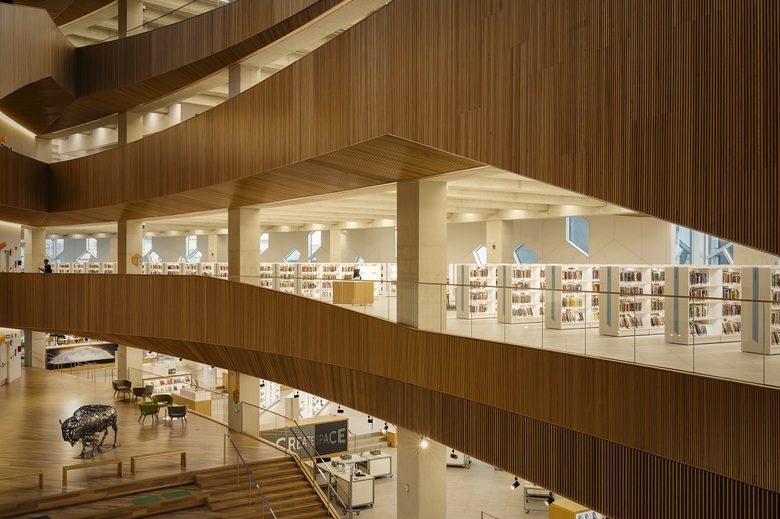 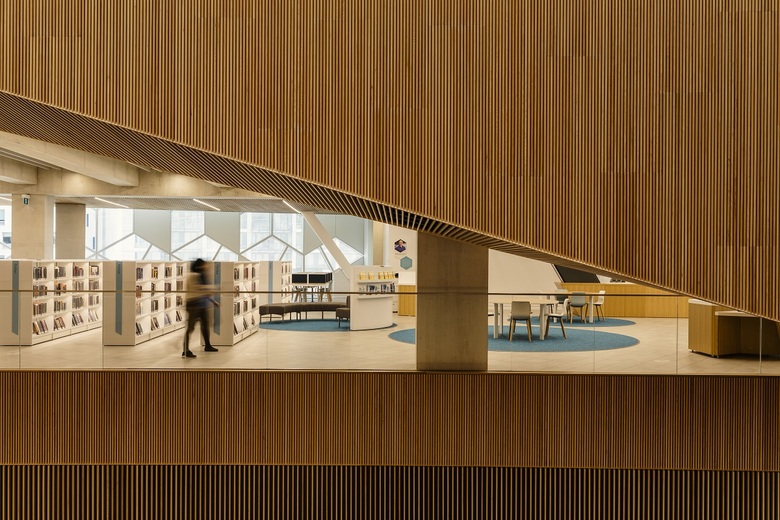 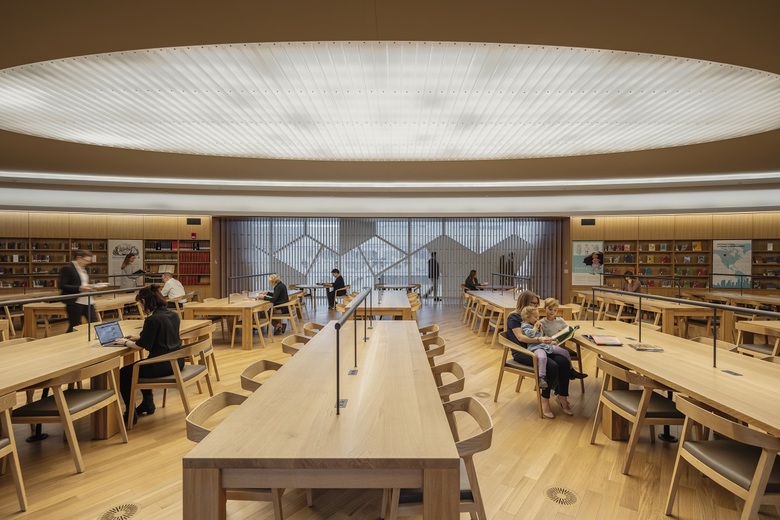 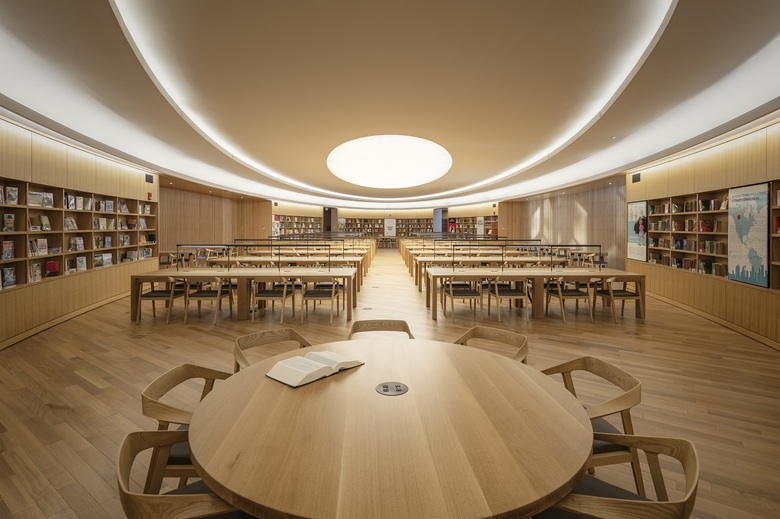 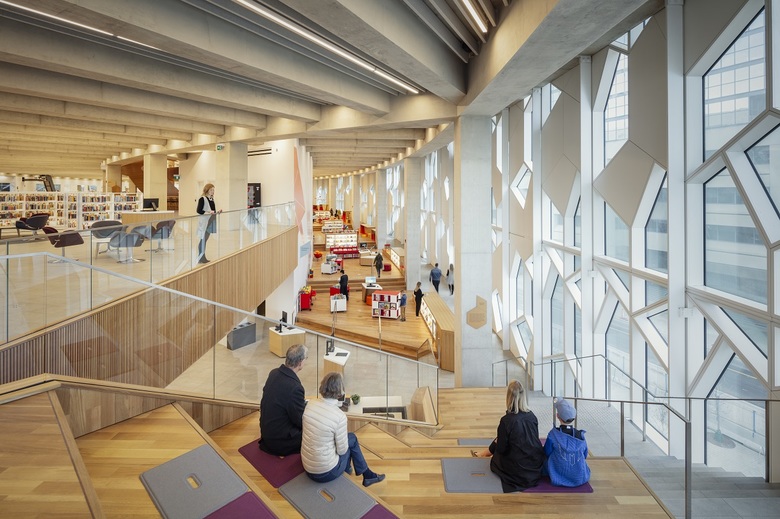 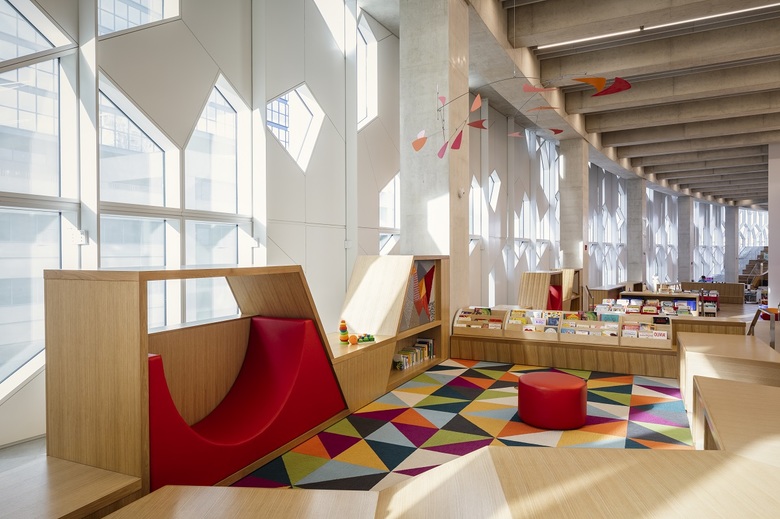 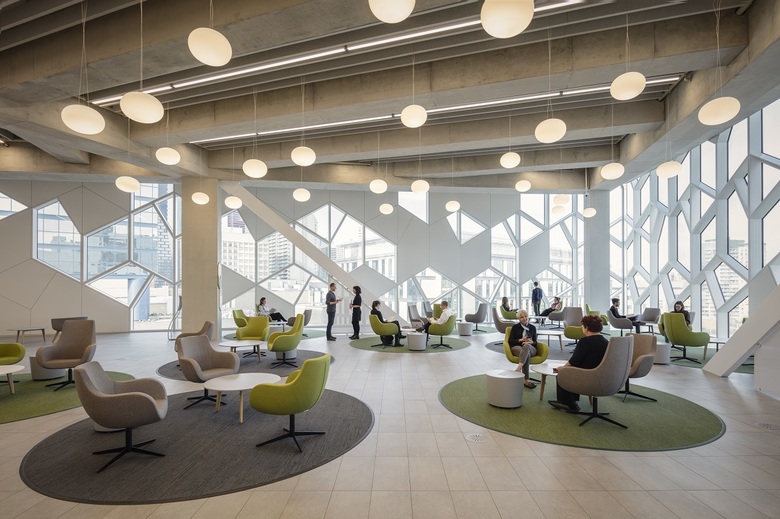 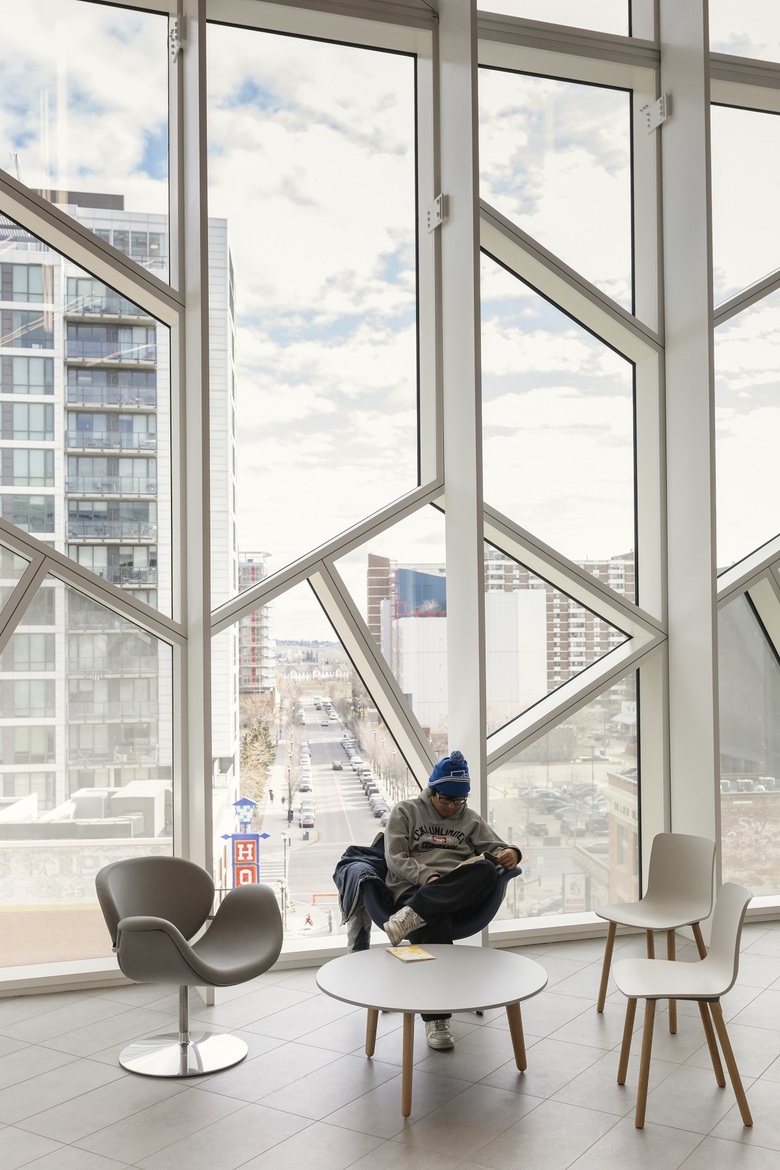 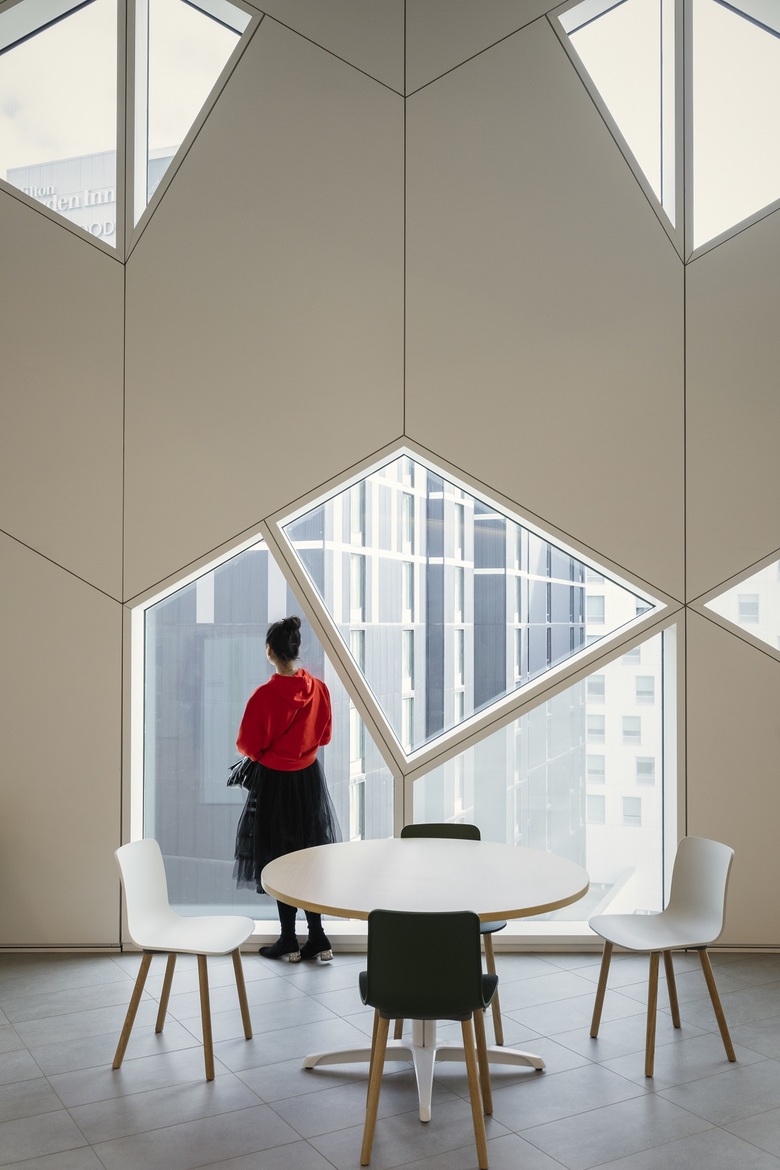 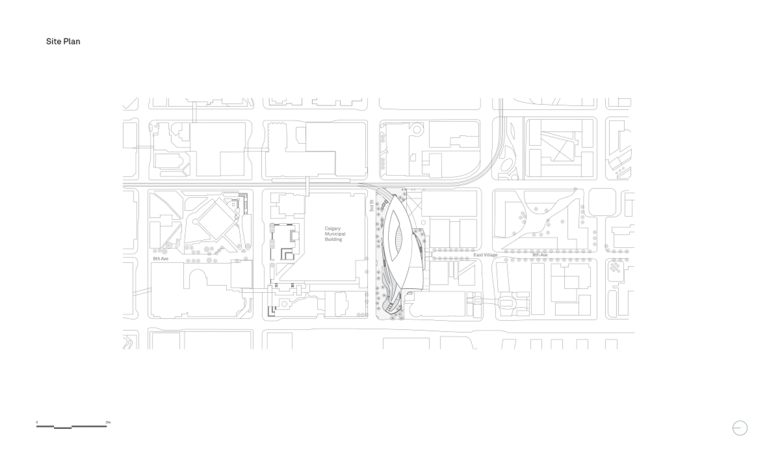 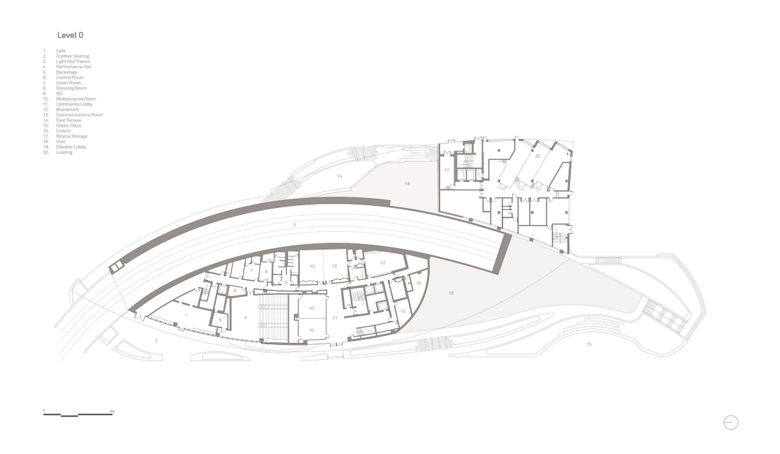 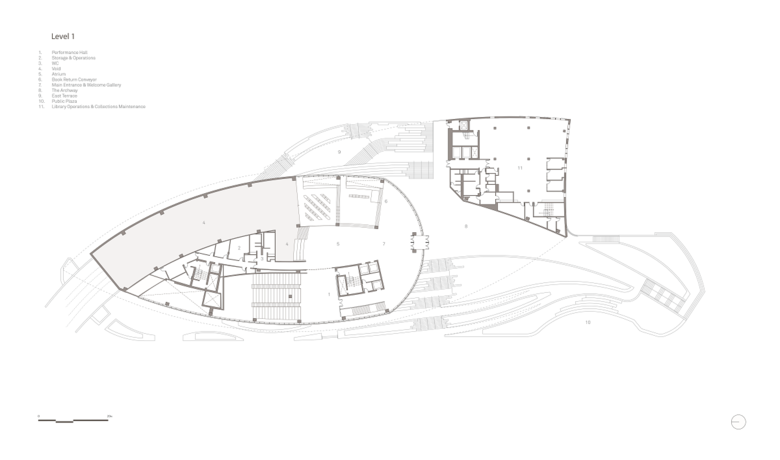 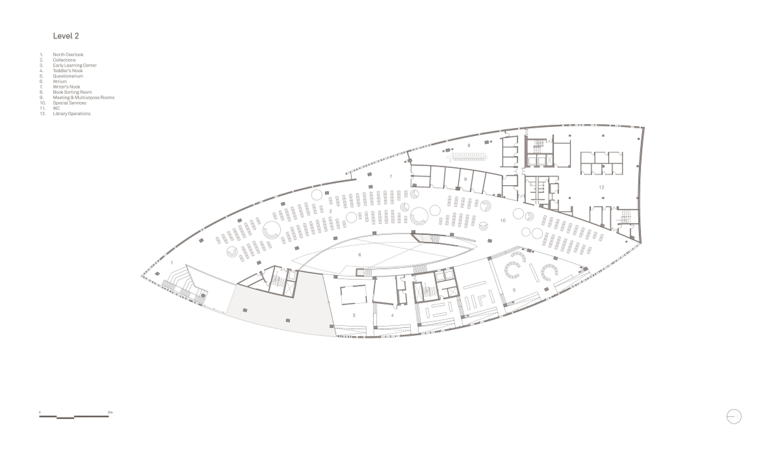 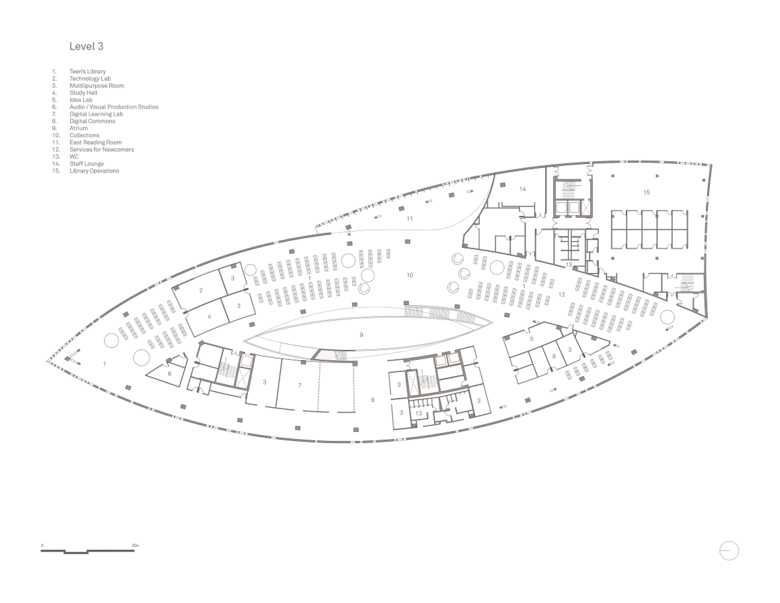 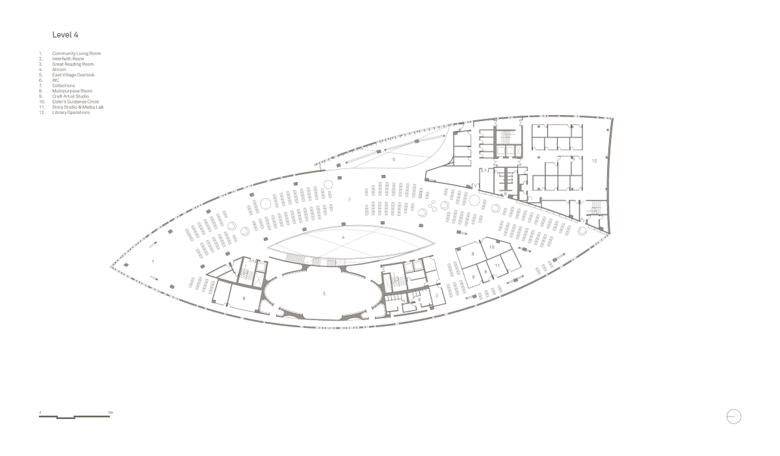 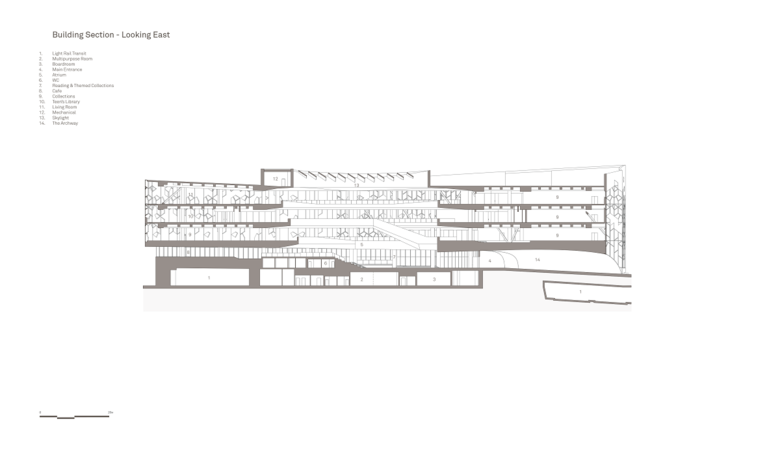 Calgary's new Central Library has opened its doors to the public. The building, designed in collaboration with DIALOG, aims to welcome over twice as many annual visitors to its expanded facilities, filling a vital role for the rapidly expanding city. Calgary Public Library is one of the most actively used library systems in North America, where more than half of its residents are active cardholders, and accordingly, the new main branch was created for and inspired by its diverse inhabitants.

The building is sited within a complex urban condition, where a fully functional Light Rail Transit Line crosses the site from above to below ground on a curved half-moon path, dividing Downtown and East Village. In response, the design lifts the main entry over the encapsulated train line. Gently terraced slopes rise up to the heart of the building, allowing for people arriving from every direction to interact with the library. Doubling as a portal and a bridge, the entry plaza heals the previously-split seam between the two neighborhoods and re-establishes visual and pedestrian connections across the site.