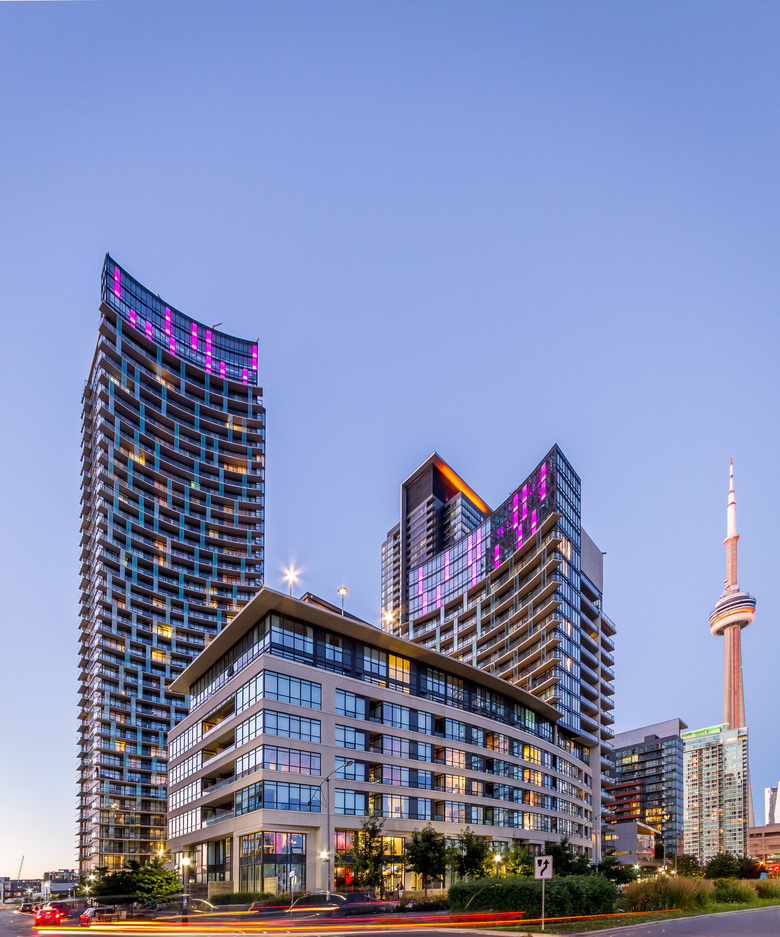 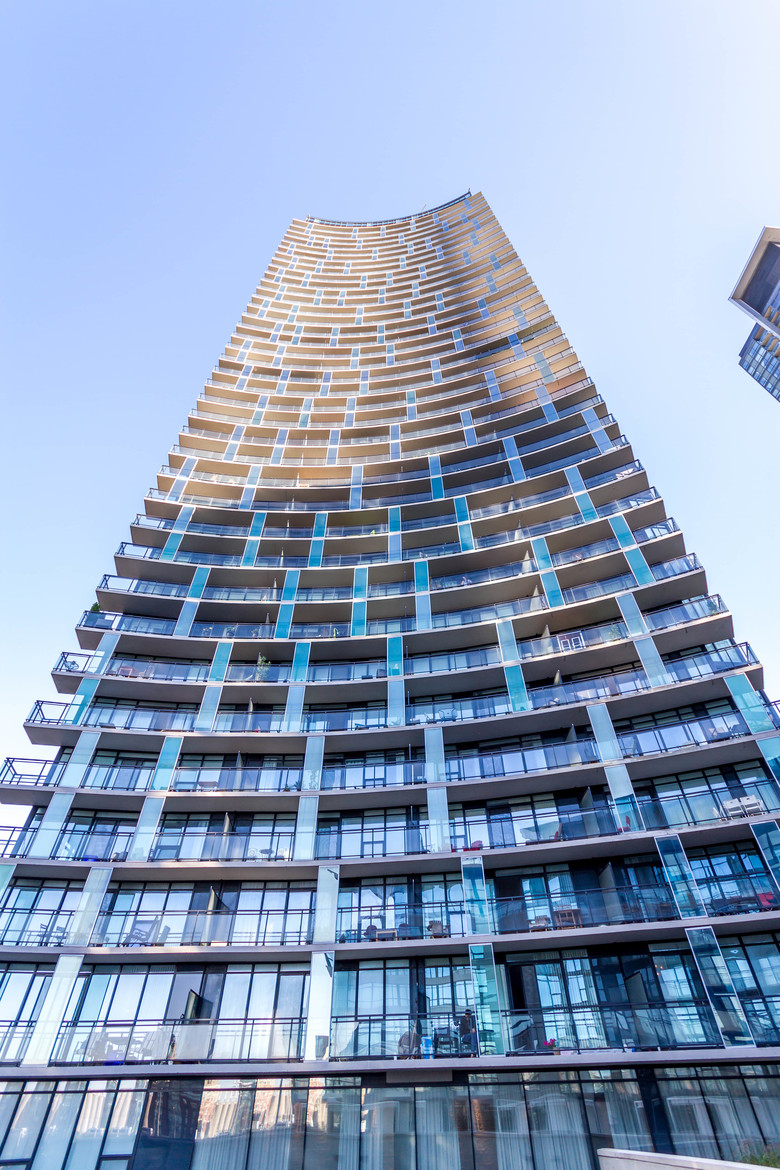 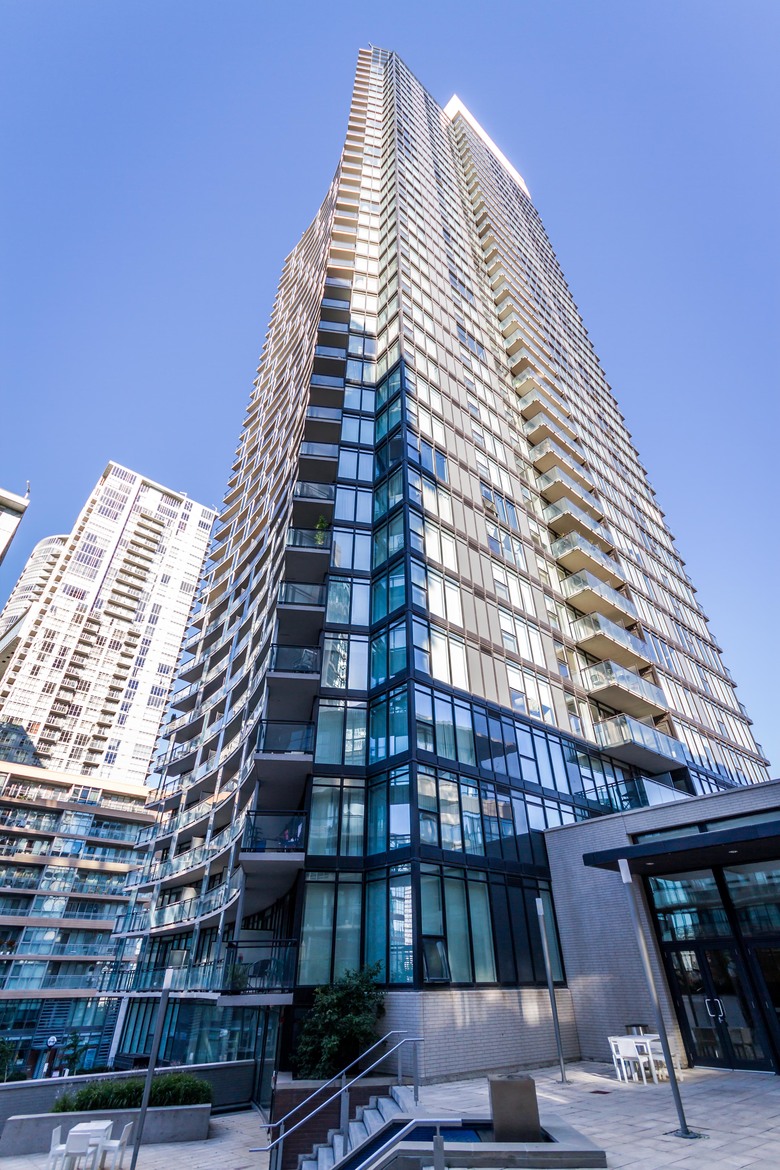 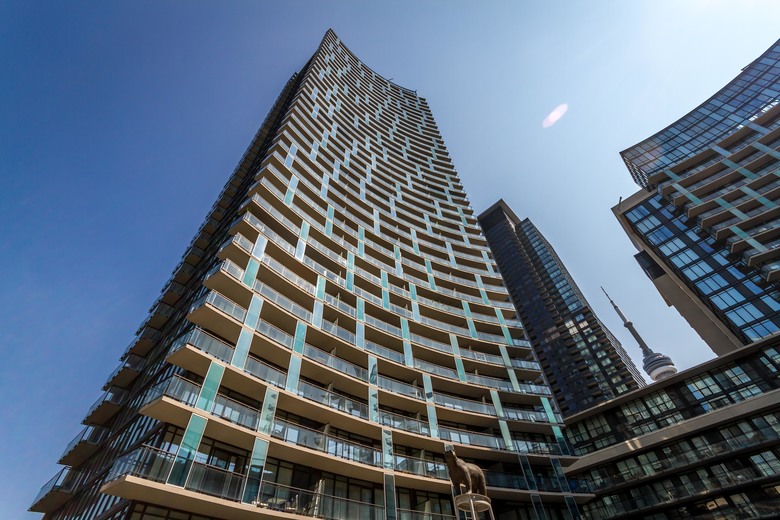 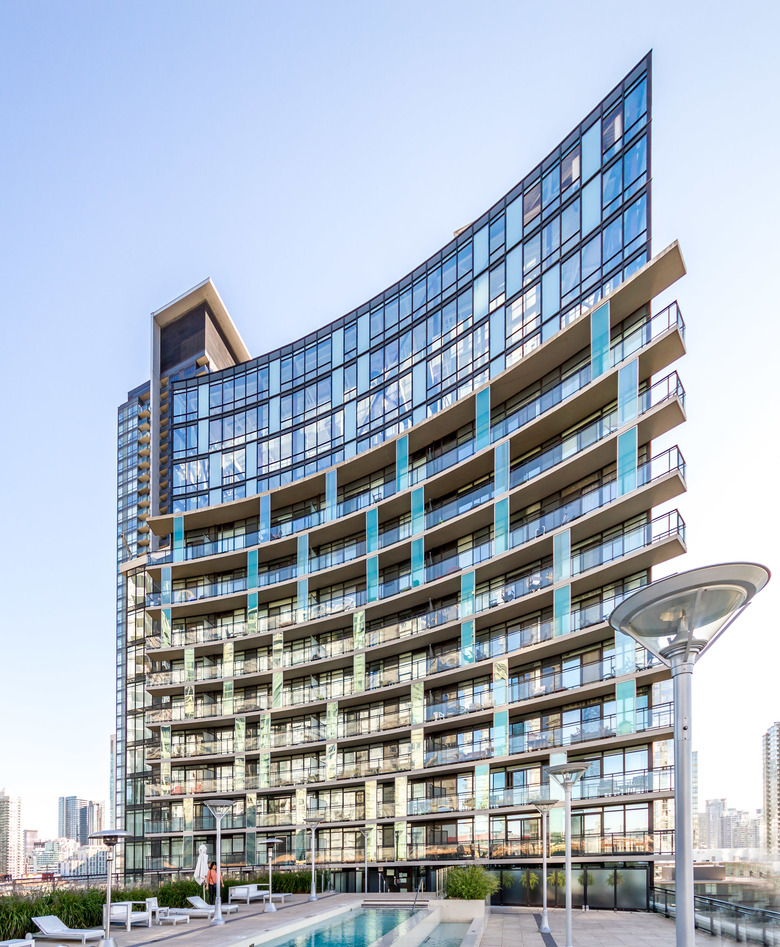 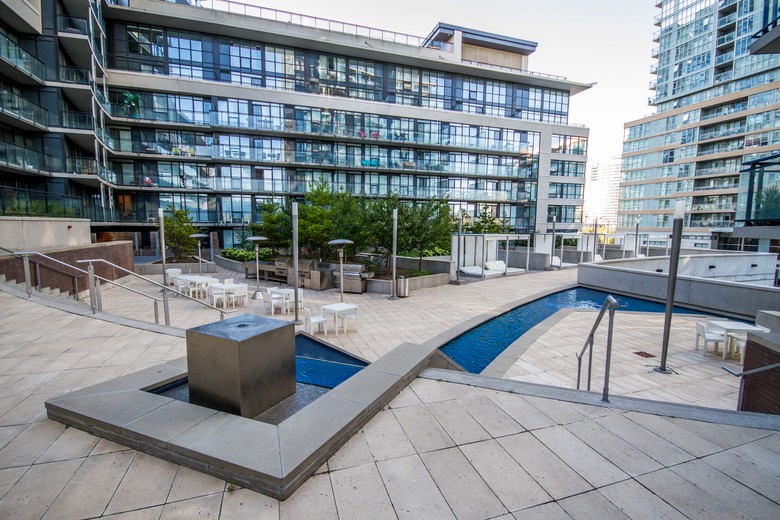 The Luna condominium is a 44-acre land development overlooking Toronto’s waterfront. This district is surrounded by bustling city and forms part of a magnificent iconic skyline that includes Toronto landmarks such as the CN Tower and the Rogers Centre. The site itself has a privileged location facing the main public space in the district, an eight-acre landscaped urban park known as CityPlace Central Park. The massing of the face to the park conforms to a subtle convex curve at the north edge of the site formed by the existing roadway. This crescent provides the regime for the geometry of the two towers on the site. A ribbon of balconies, forming visually prominent horizontal lines, provides presence for these two towers and contours the crescent. Random reflective glass panels on the exterior face of the balconies offer a three-dimensional textual pattern to the facade as well as acting like a mirror to the changing moods of the Toronto sky