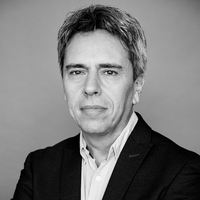 Studied architecture at Laval University in Quebec City where he received his degree in 1982 (B.Arch). As Project Architect, André Perrotte is in charge of the coordination for each step of the design and construction process and is in charge of theadministrative management of each dossier with the client. He is involved in the design in conjunction with Gilles Saucier and directs the flow of information between all parties involved in the design process.

André Perrotte possesses a vast field of expertise, mainly in managingmultidisciplinary teams from control to production, costs to schedules, andtechniques to construction systems. He is widely recognized for the rigor and creativity of his approach towards construction as an expression of contemporary culture.

FELLOW OF THE ROYAL ARCHITECTURAL INSTITUTE OF CANADA

S+P IS A MEMBER OF THE 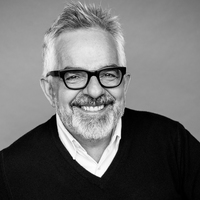 Gilles Saucier received his diploma in architecture from the University of Laval (B.Arch in 1982). As Design Partner, he is responsible for the overall design of each project, ensuring that the design team responds to all design criteria. His commitment to design excellence is well recognized by the architectural press worldwide.

In addition to lecturing extensively at universities in North America, Gilles has been invited as a guest speaker for AIA Seattle and San Francisco as well as for the Canadian Centre for Architecture and the New York Architectural League. He has also lectured at the Power-Plant series in Toronto and for "Architecture Rampant" at the Royal Ontario Museum in Toronto. His work as a photographer has fine-tuned his approach to architecture and helped evolve his perspective on the world and his work.

FELLOW OF THE ROYAL ARCHITECTURAL INSTITUTE OF CANADA

MEMBER OF ONTARIO ASSOCIATION OF ARCHITECTS

SAUCIER + PERROTTE IS A MEMBER OF THE CANADA GREEN BUILDING COUNCIL