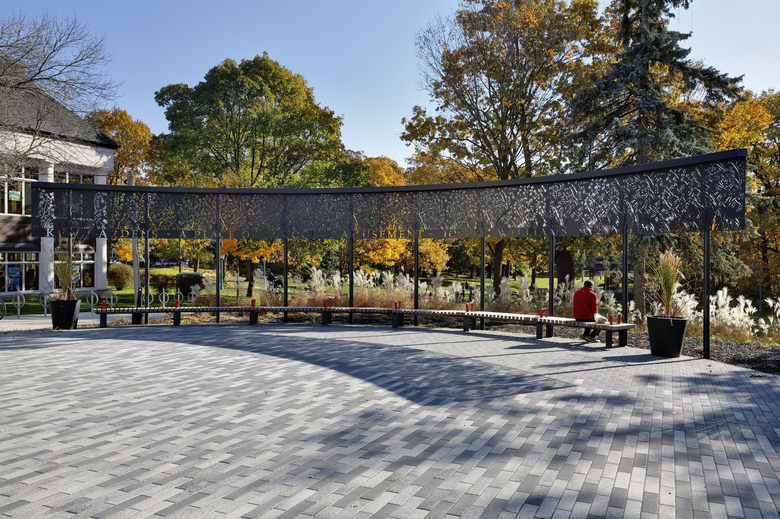 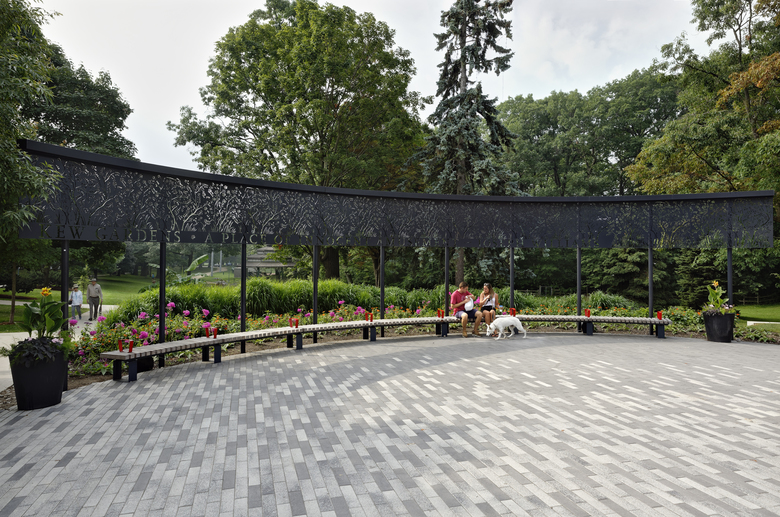 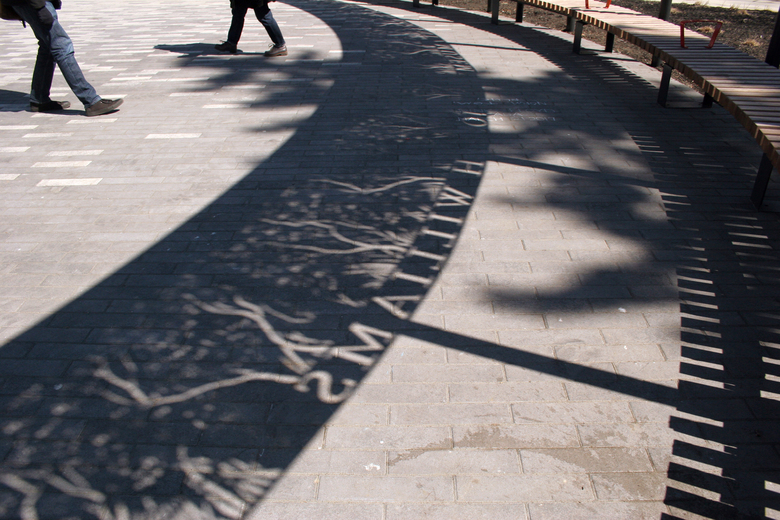 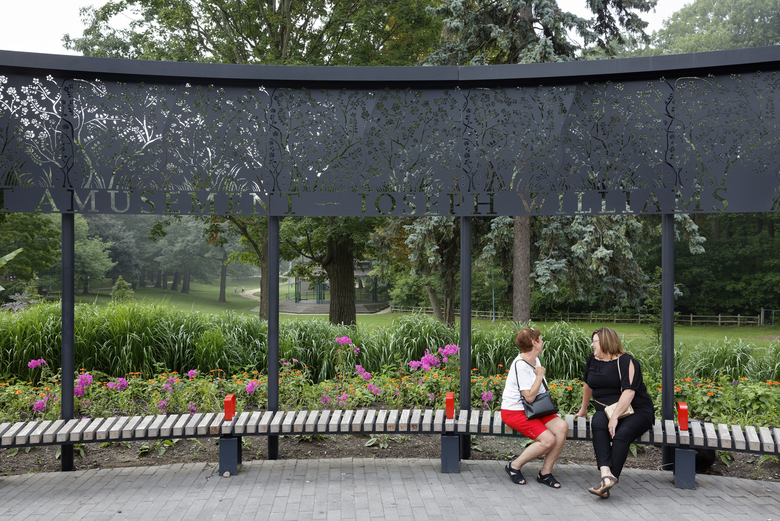 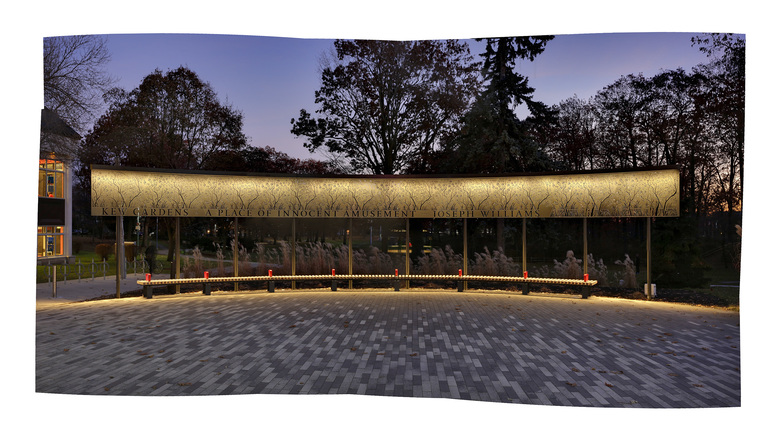 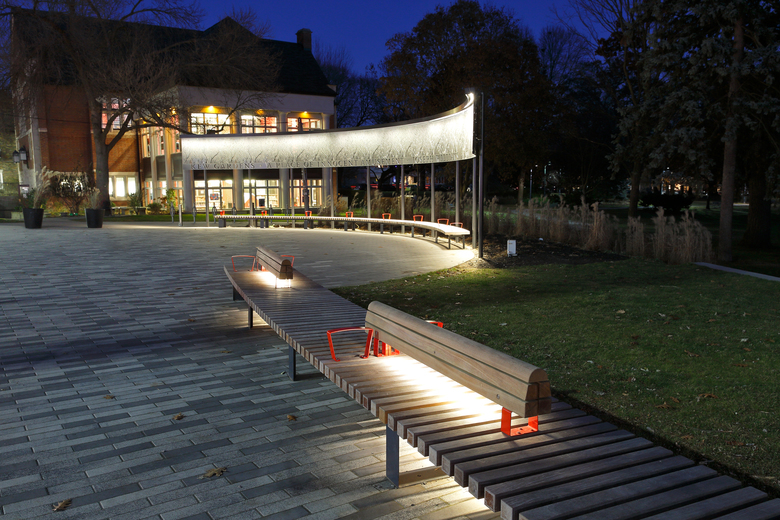 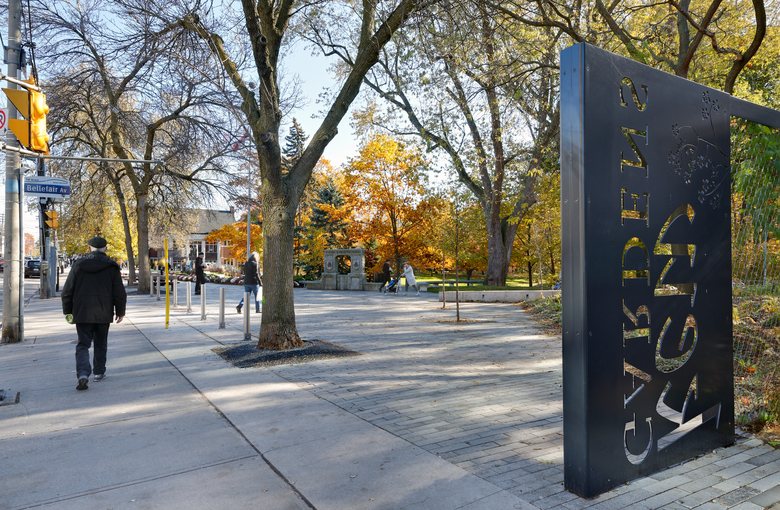 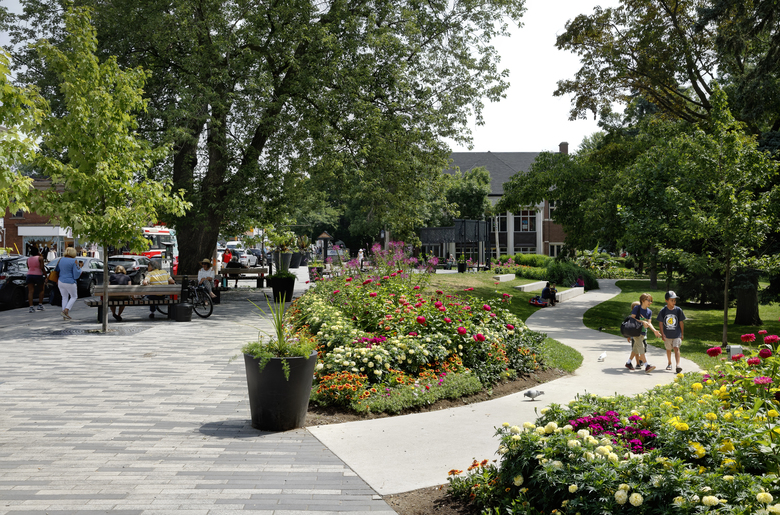 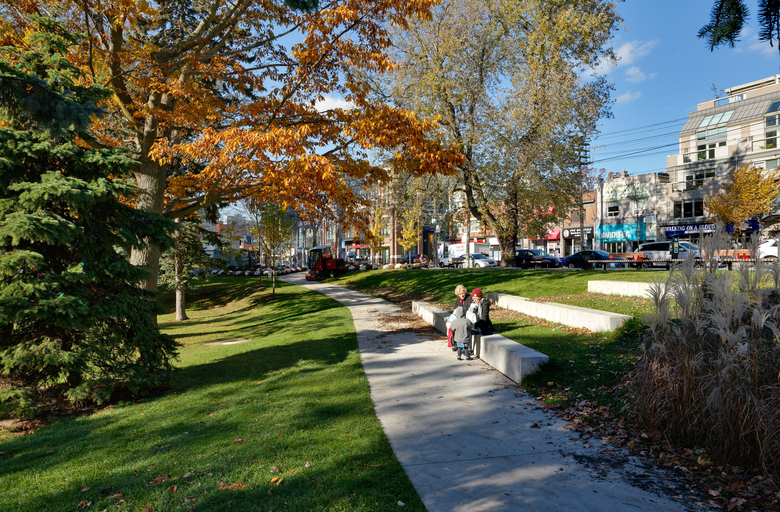 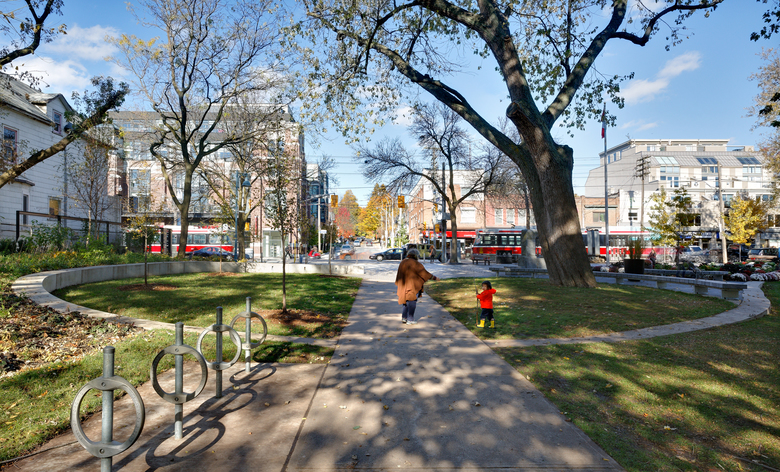 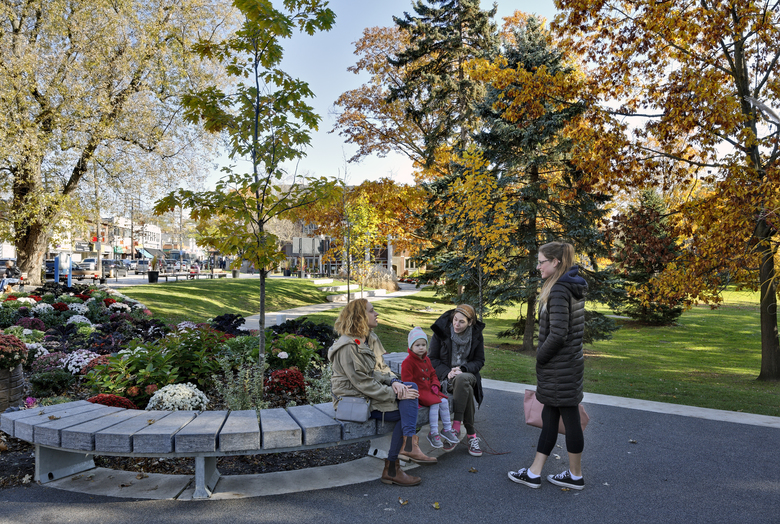 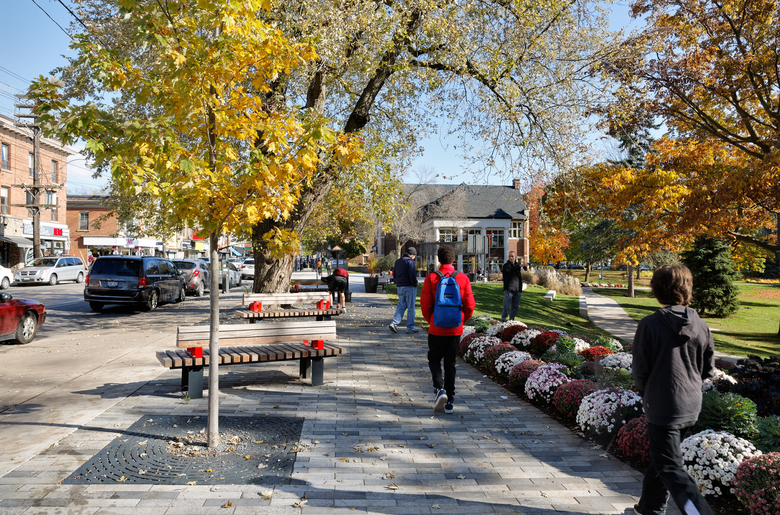 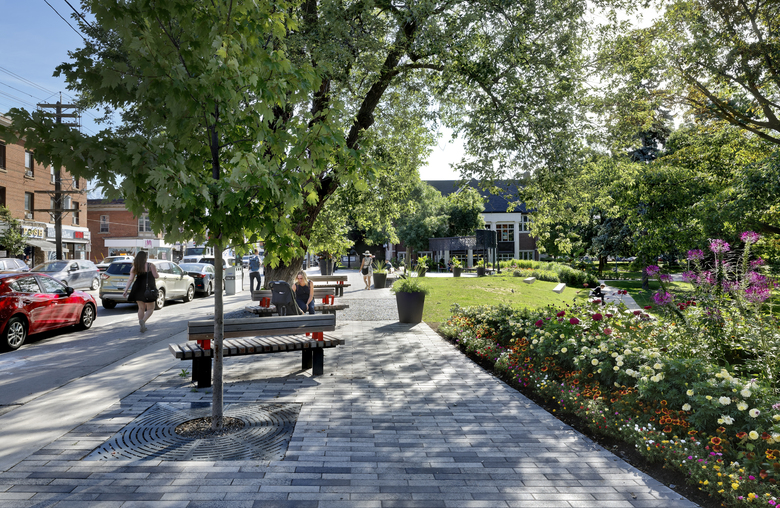 Kew Gardens is the only remaining nineteenth-century legacy "amusement park" in Toronto’s Beaches neighbourhood. Joseph Williams, its founder, transformed his farm on the Lake Ontario shore into a tourist destination in 1879, soon after streetcars had made the area easily accessible to Torontonians. Competing with the many amusement parks along the beach filled with rides, gambling, and liquor, Williams proposed gentler entertainment – swimming, boating, tennis, and lawn bowling, in a picturesque park and beach setting. He dubbed his Kew (after Kew Gardens in London) as “a place of innocent amusement.” In 1907 he sold the property, including its Victorian chinoiserie bandshell and his house, to the City.
Over the decades following Kew’s founding, Queen Street at the park’s northern edge became one of Toronto’s most important east-west commercial streets. Although the park interior is much used, the street met the park edge abruptly. The City of Toronto and the local BIA commissioned this project to create a new streetscape frontage. Part park, part plaza, the Kew Gardens Streetscape negotiates the tricky transition between retail frontages and the park’s bucolic landscape. This new threshold cohesively intertwines new and existing elements and provides better accessibility to the park. The park’s northern edge now promotes public use, improves pedestrian safety, strengthens view corridors, ensures flexible programming for community events, and evokes and enhances the character of Kew Gardens and the surrounding Beaches neighbourhood.
This landscape creates two new loci for gathering, connected by an expanded sidewalk with a pattern that fades out irregularly to the south, evoking the shoreline. At the east, adjacent to the local library, is a new plaza framed by a water jet-cut floral screen and backed by a dune-inspired planting of grasses. At the west, around the historic cenotaph, is a new larger meeting area near the street edge, and a new intimate seating area in behind, which acts as a belvedere onto a forested area of the park. Together, the areas around the cenotaph can accommodate over 1000 people for the Beaches Remembrance Day ceremony.
New accessible paths descend diagonally into the park along a previously abrupt slope, creating an informal amphitheatre facing the park, protected from traffic noise. (A portion of the steeper slope was retained so that kids could still enjoy rolling down it.) The tiny amphitheatre is a place to gather, play, or simply look into the park. Along the street, new seating is shaded by new red oaks and Freeman maples, as well as existing maples given new life in granular paved areas that improve root growth and irrigation.
The new, 18-metre-long ornamental screen bears Kew founders’ own description of the park – “a place of innocent amusement.” Conceived as a tribute to the park’s picturesque Victorian style – and as a 21st-century complement to Kew’s intact original Victorian chinoiserie-style bandshell, the screen’s imagery evokes 19th-century chinoiserie wallpaper. The cut flowers and leaves on the screen meld with the park’s trees in behind them. Raised high, the screen frames community events held on the plaza and provides continuous framed views into and out of the park.
At Kew Gardens the City has long partnered with a local community floral group and a large band of neighbourhood volunteers to create celebrated displays. The new streetscape frontage increases space for these gardens by 200% and includes perennial and annual beds lining all new paths and the plaza. Planting beds contain ornamental grasses including Native Switch Grass and Prairie Dropseed. Shade-loving perennials beneath the mature trees include Virginia Bluebells and hardy Perennial Geranium.

Other Projects by PLANT Architect Inc.