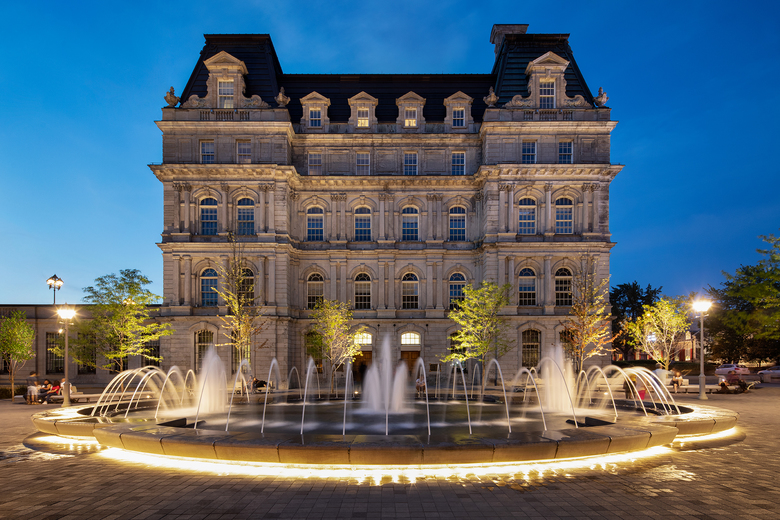 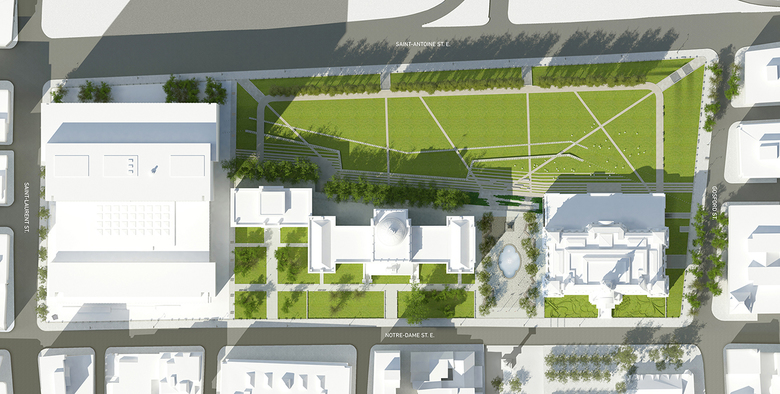 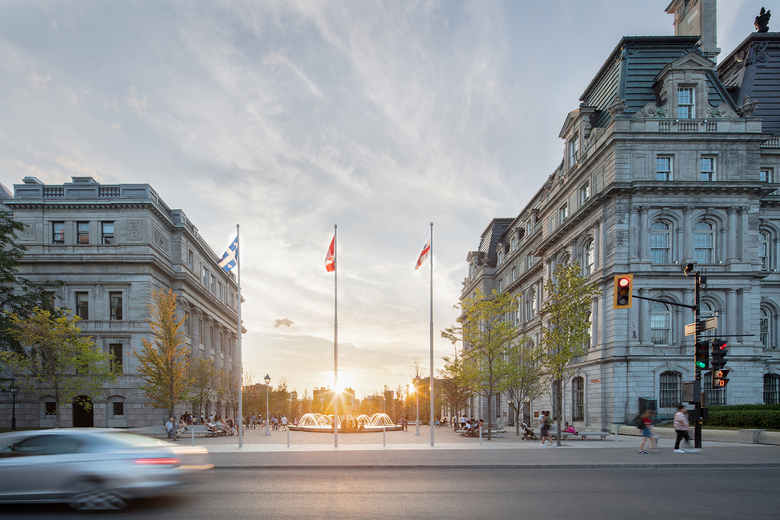 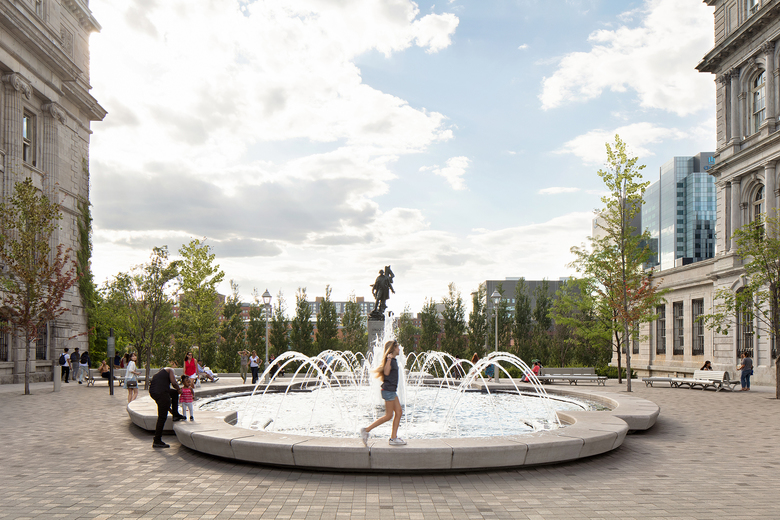 Previously a place of passage, Place Vauquelin has become a visitor attraction in its own right
写真 © Adrien Williams 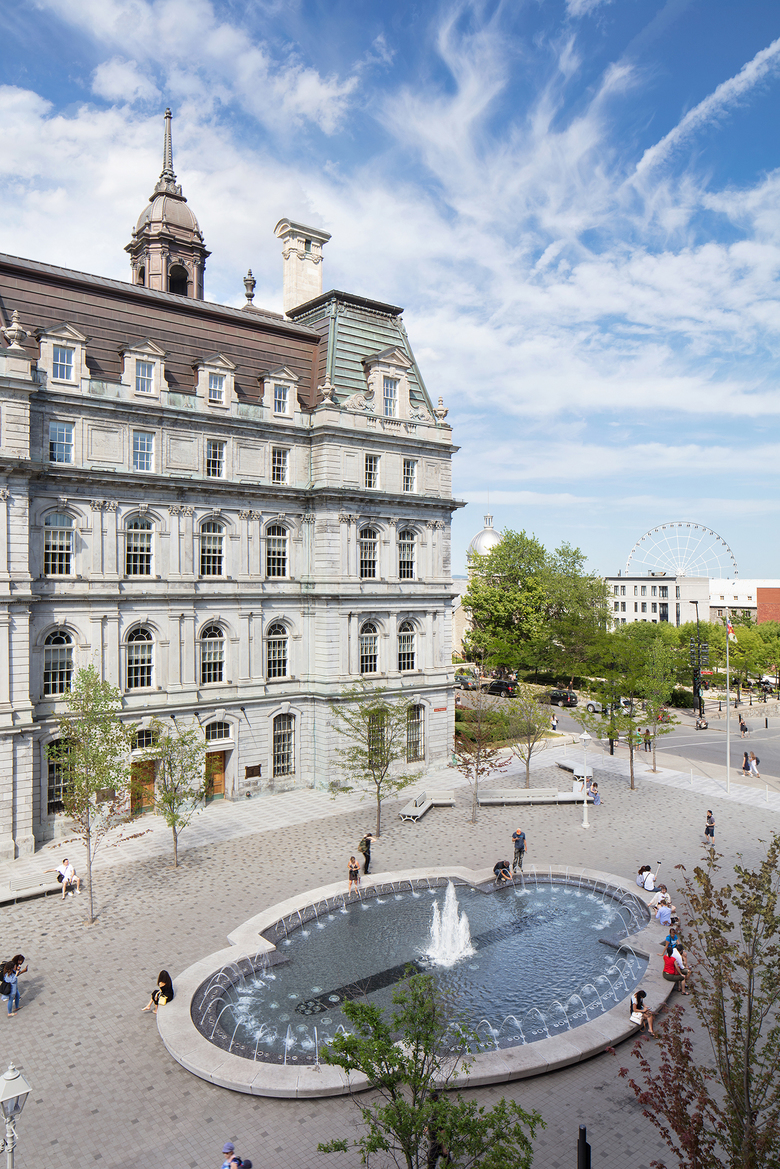 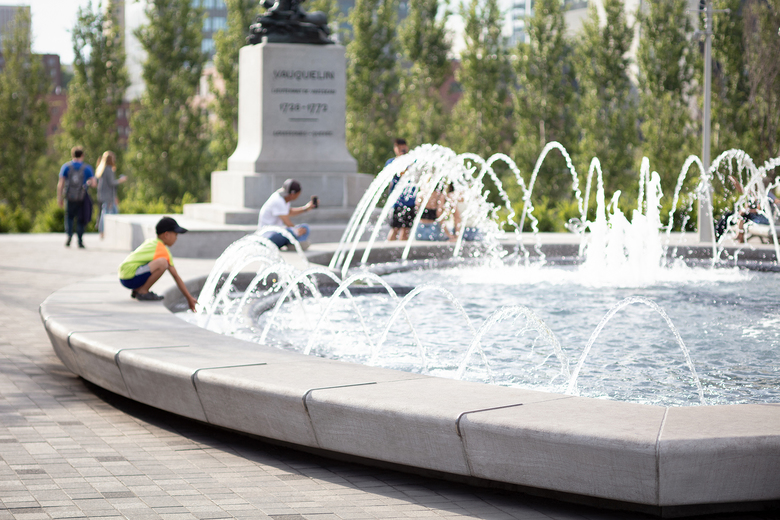 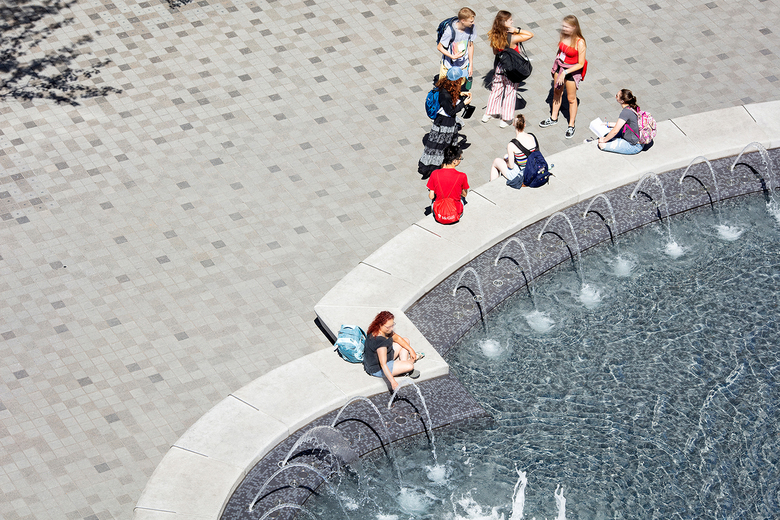 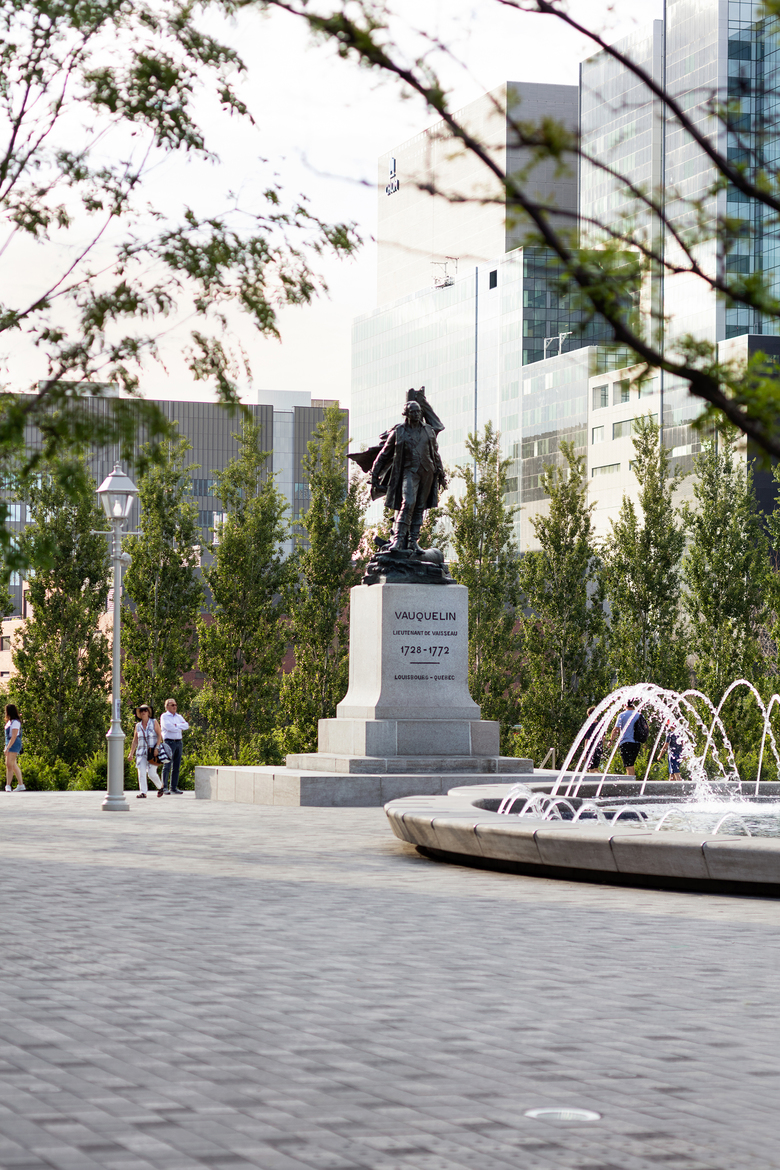 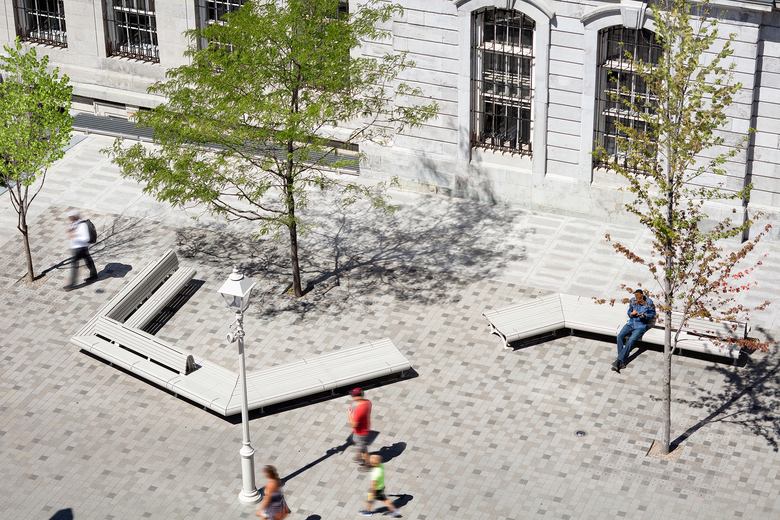 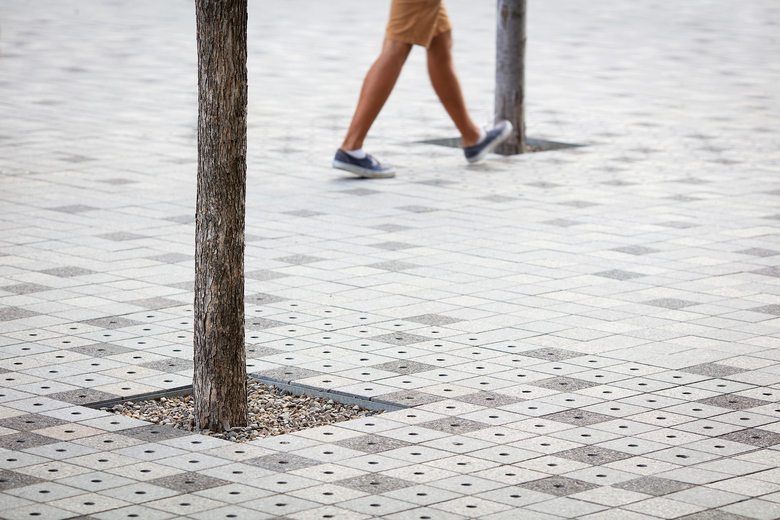 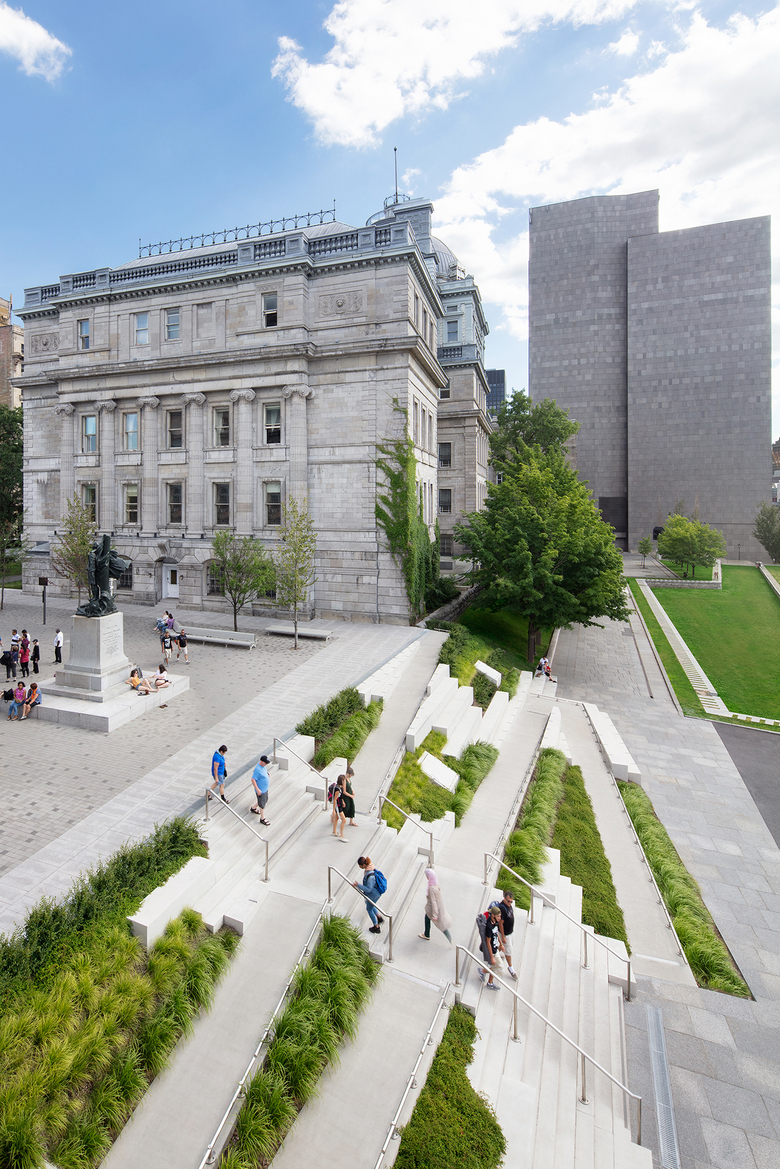 Ramp and stairs as one: a Montreal model of universal accessibility
写真 © Adrien Williams 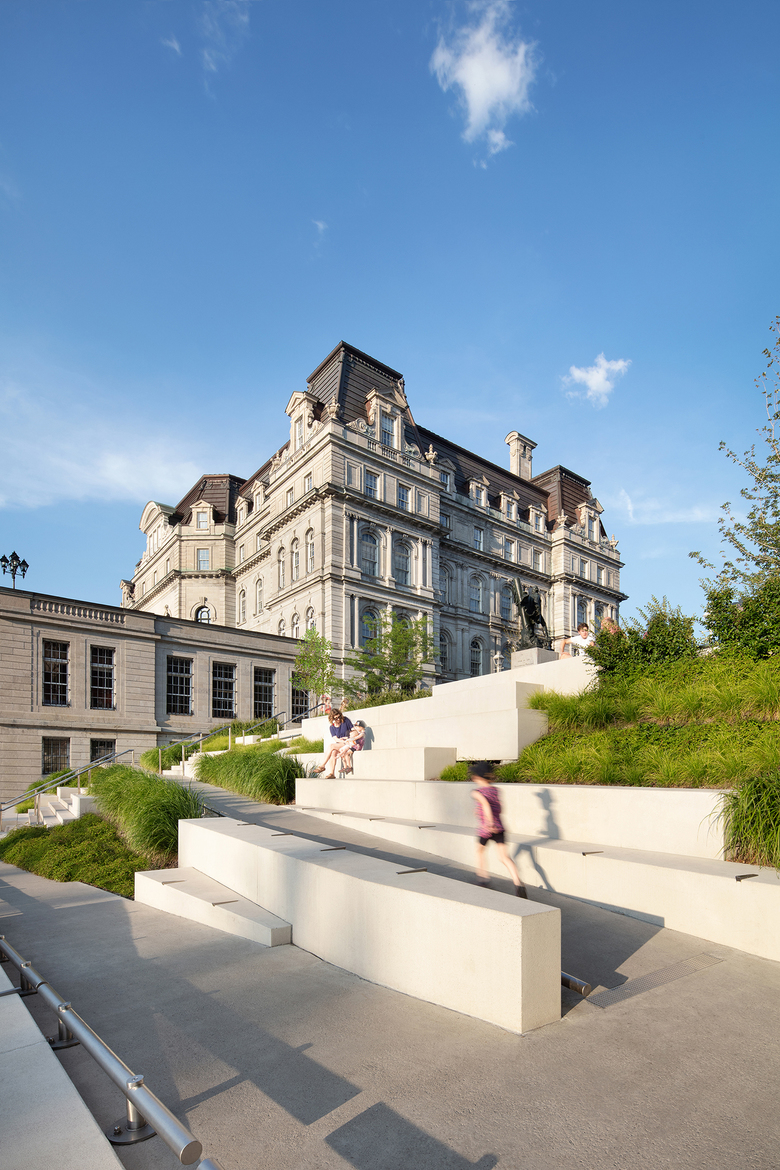 The steps of the integrated ramp and stairs: also a place to stop and contemplate the modern city
写真 © Adrien Williams 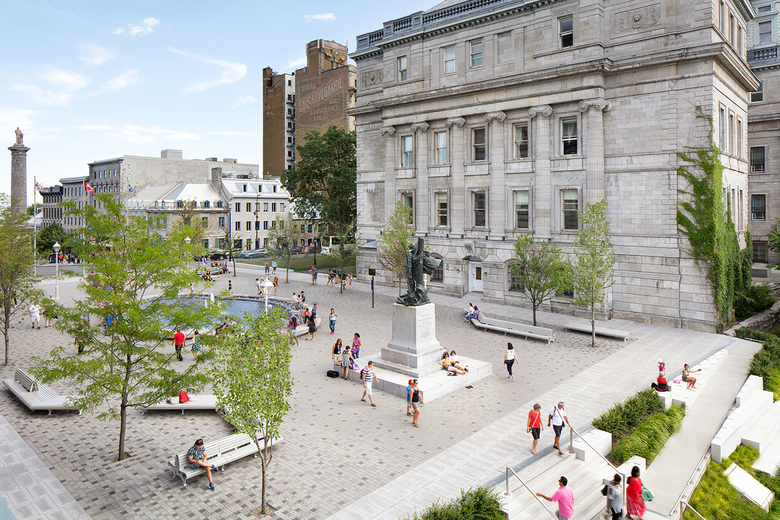 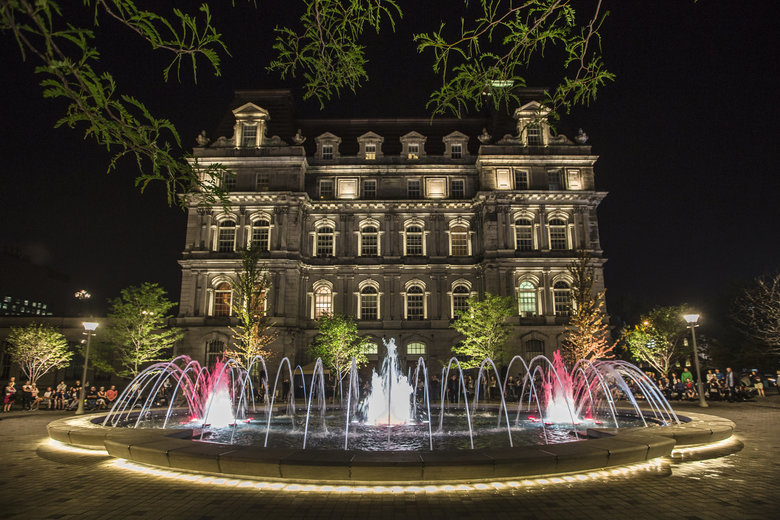 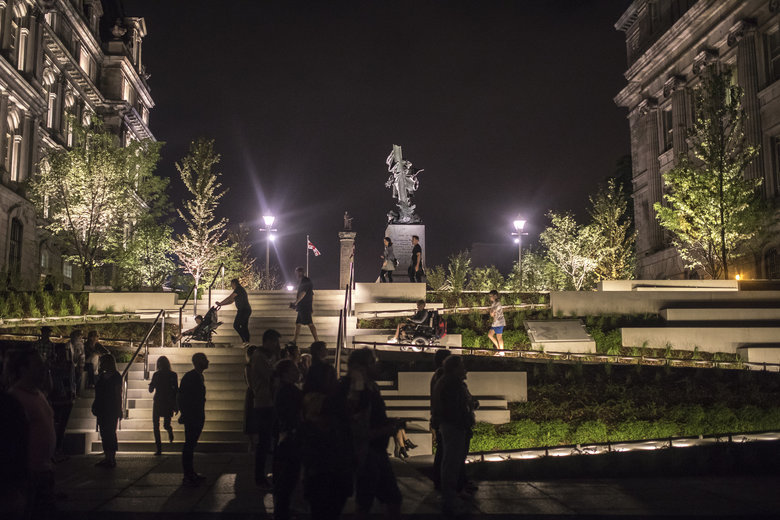 Illumination of the integrated ramp and stairway
写真 © Frédérique Ménard-Aubin 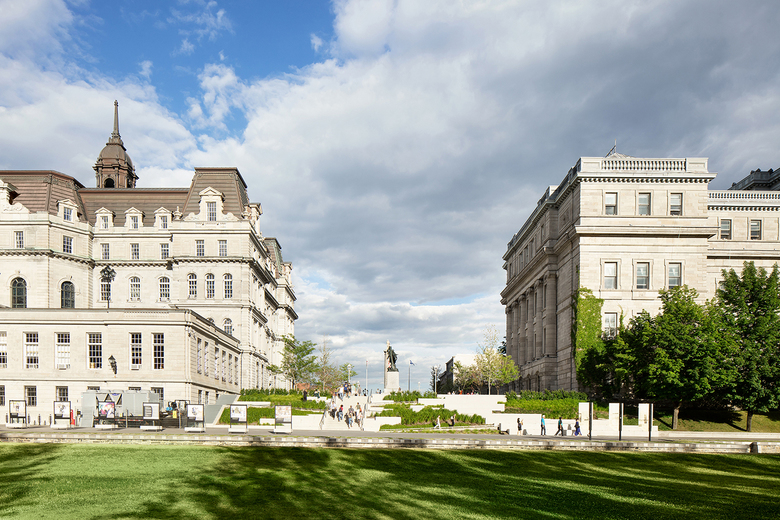