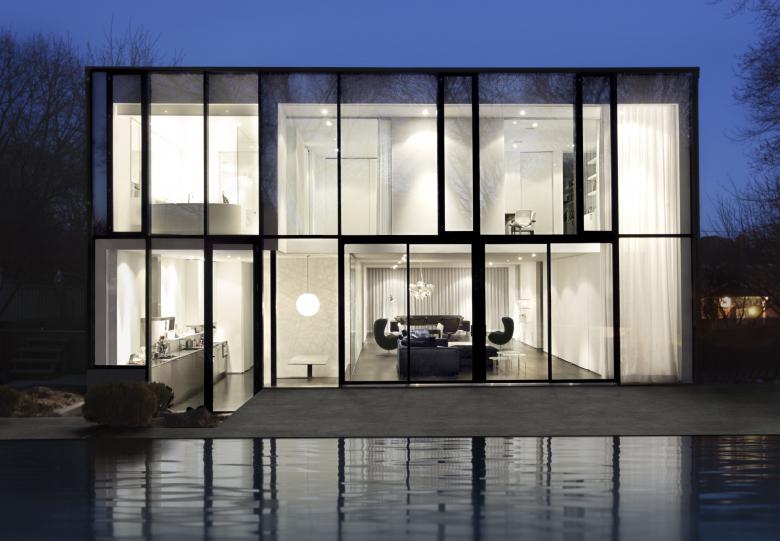 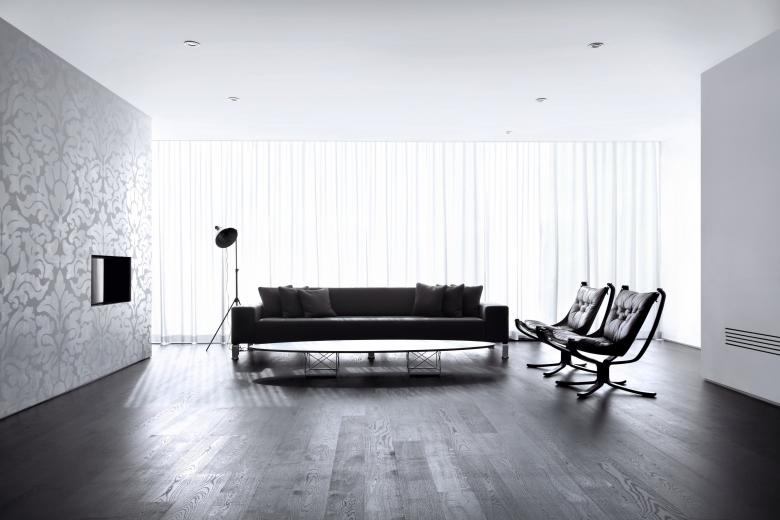 House 60 is a renovation and addition to a 50's suburban house on a large lot in Toronto, Canada.

The existing house was largely introverted—small windows, low ceilings—with a traditional plan—living room, separate dining room and cramped kitchen on the ground floor, and a maze of bedrooms on the second. An undistinguished building from the exterior—brick with a shallow sloping roof—adorned over time with a wrought iron front porch and aluminum awnings. However underwhelming, the existing house was considered by gh3 as a material resource to be reused, rather than abandoned, a position consistent with first principles of sustainability.

Additions were made to both the front and rear of the house resulting in 2 new facades and accomplishing the re-imaging of the house. Much of the house was re-skinned. This, in combination with the installation of significant interior insulation, greatly reduced the energy requirements of the house. The existing pitched roof was removed and a new flat roof, insulated well beyond code requirements, completed the new high-performing envelope.

A 2-storey glass wall at the rear of the house, a 1-storey glass wall at front, and multiple skylights maximize the admission of daylight and facilitate passive ventilation. The extensive use of glass at the rear allows for the greatest number of views to the garden and at the front, serves as a modern day front porch, reconnecting the building with its site and the city.