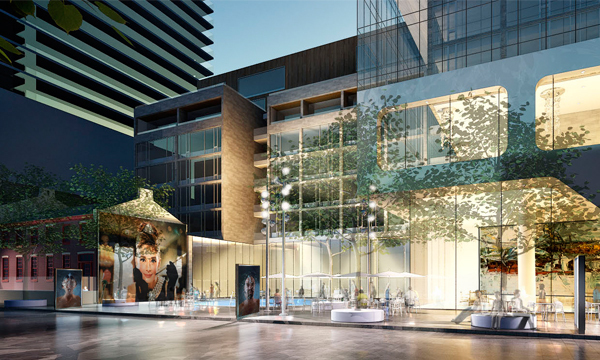 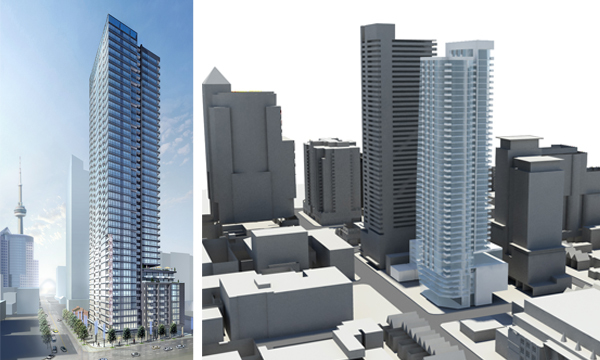 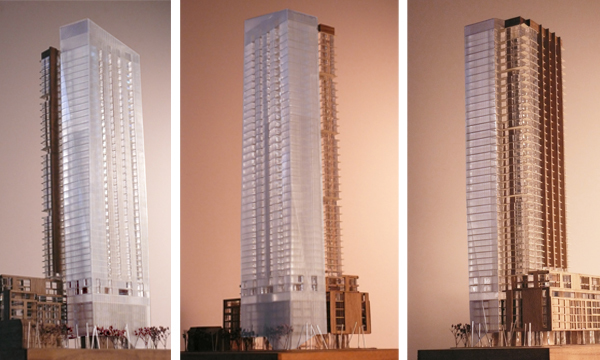 The volumes and voids of this project are derived from its place on Toronto’s new Cultural Corridor. Running the length of McCaul from Dundas southward onto John and stretching all the way to the lake, Toronto’s new Cultural Corridor along John Street encompasses many of the City’s most important cultural institutions. Adelaide + John steps away from the curb and reveals a beautiful urban courtyard where impromptu gatherings or programmed cultural events can take place. Relocating a historic façade southward down John Street allows for a mixed use development including ground floor retail, restaurants, a four-storey boutique hotel and two floors of amenity space within the 42-storey tower which responds in scale to its slightly taller neighbor, the Festival Tower.