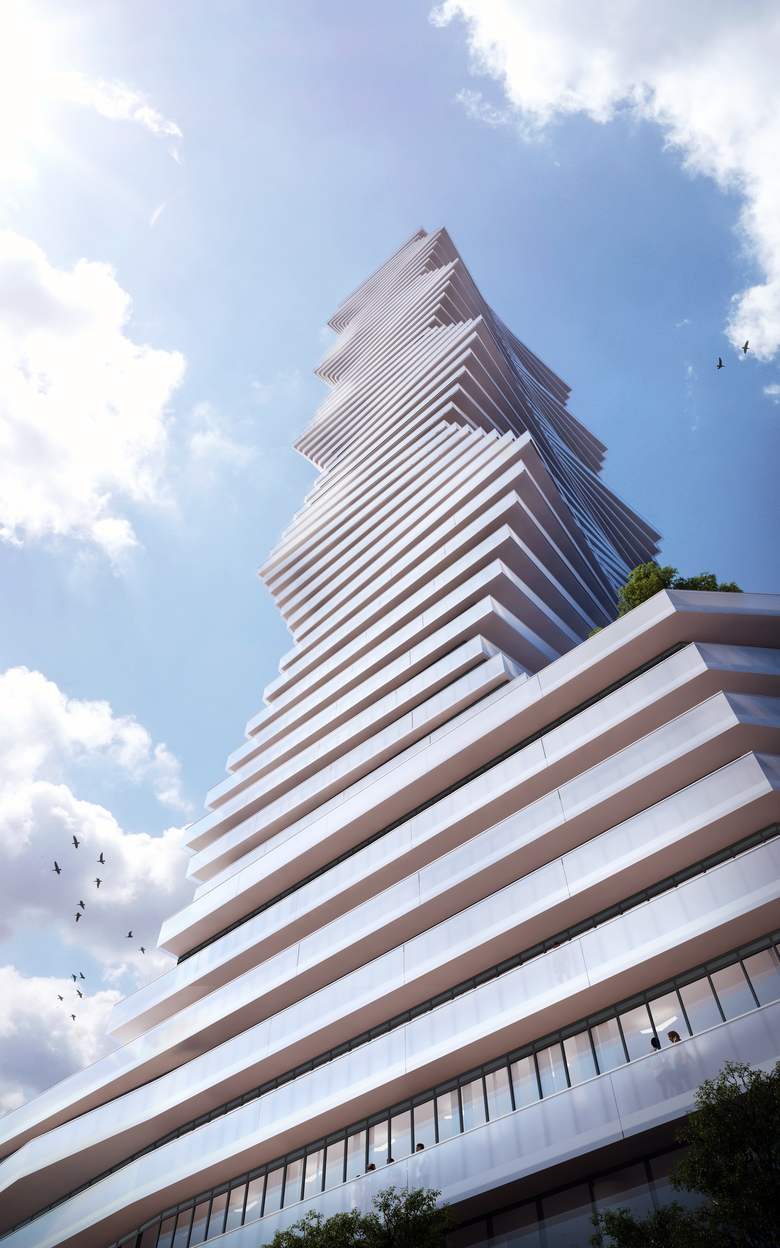 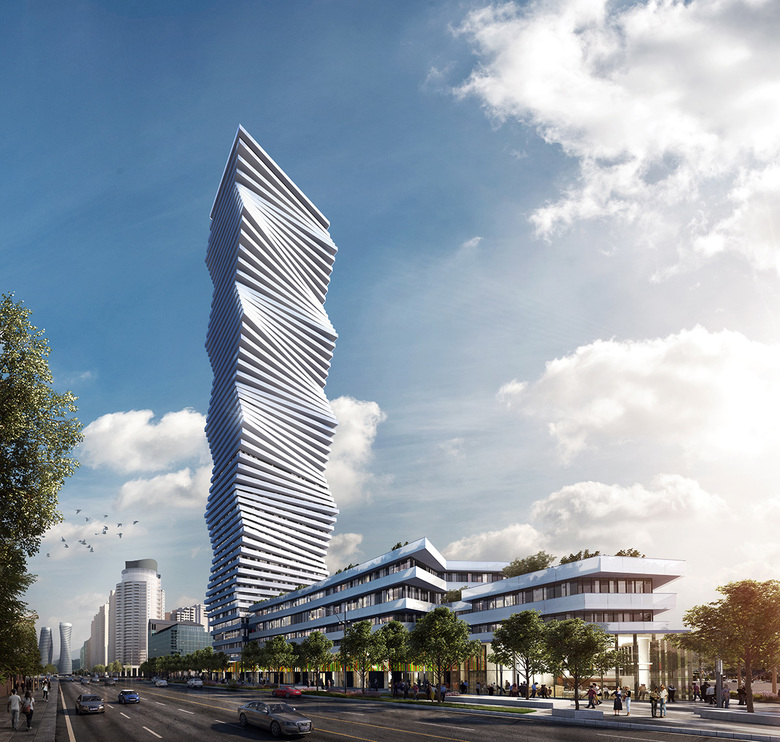 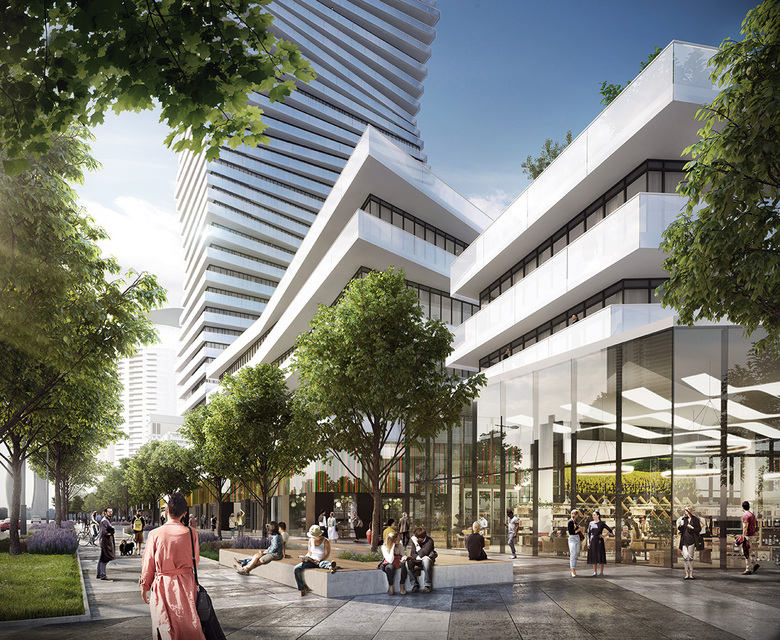 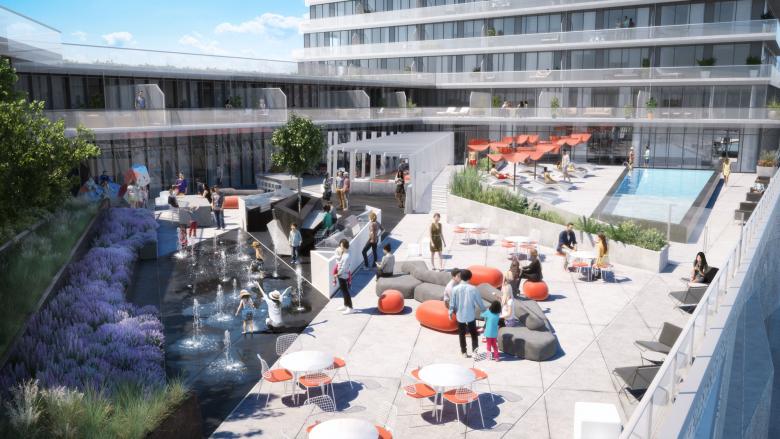 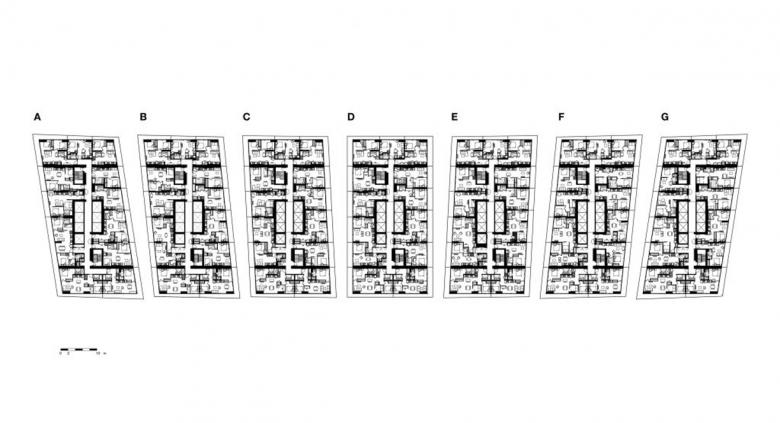 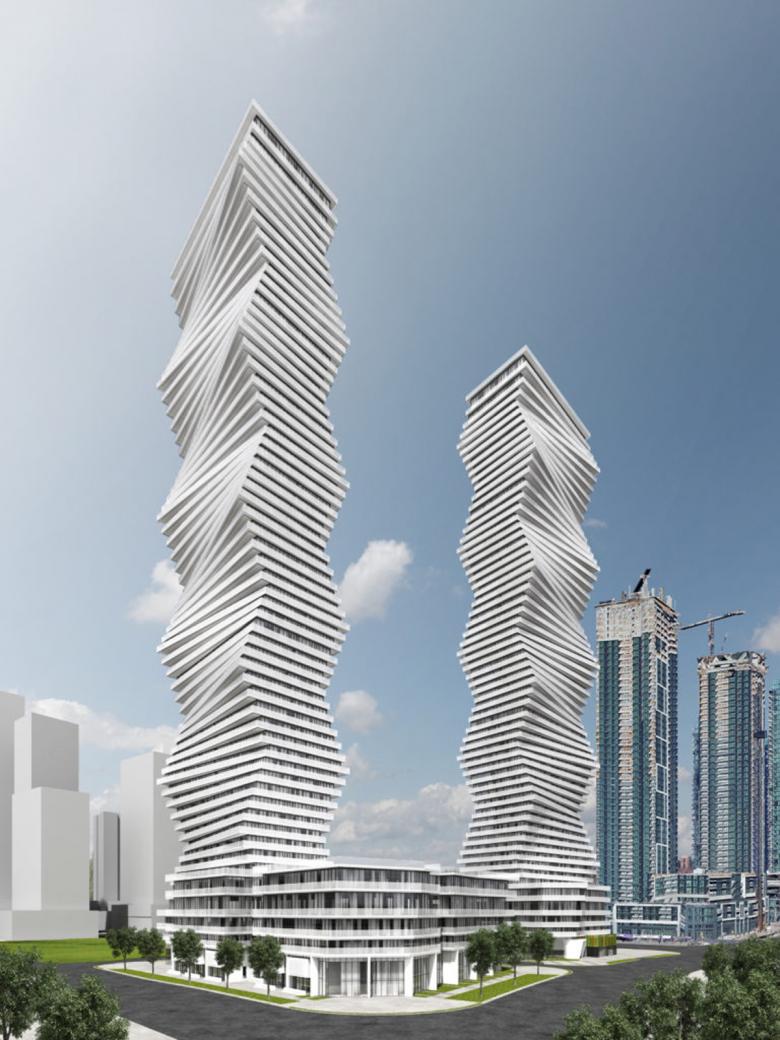 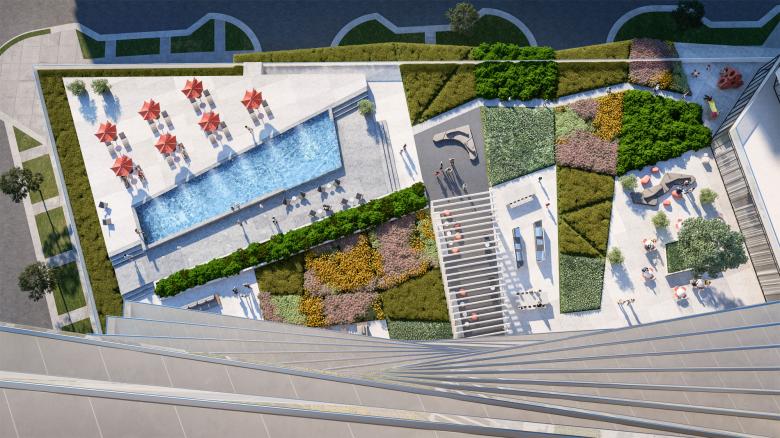 The final build-out of M City project will include a 10 residential condo towers with over 6,000 units for sale or rent on 4.3 million square feet. Key community features will include extending existing city streets on an angular plane to form a network of land parcels; and creating a pedestrian-friendly environment. Throughout the project there will be two-way roads with street parking, large sidewalks and residential frontages. Two acres of parkland and access to the planned LRT along with infrastructure improvements will be important aspects of the public realm for the anticipated 15,000 residents that will call M City home.

Mississauga’s downtown core is off to a great start with the formation of the iconic East gateway featuring the acclaimed Marilyn tower. Now, the intent is to create a West gateway building to the downtown Mississauga, one that is also iconic but at the same time offers a differentiated architectural appearance to its iconic easterly counterpart.

The first and most visible phase of the project will be a 56-storey tower, on top of an extended 5-storey horizontal base or “podium” of public facilities and retail and recreational uses. The tower has a special geometry that not only provides for excellent residential units but also contributes to the iconic role of this building on the urban skyline. The podium has a prismatic shape by virtue of its faceted glass walls, as well as a large rooftop amenity and green roof.

Unlike other sculptural towers that sacrifice the livability of the units to achieve unique shapes, the precise geometric procedures we have used do not compromise the layouts of the rooms. In addition, continuous balconies made from translucent white laminated glass wrap every floor plate, extending the level of amenity in further. And, in terms of appearance, this outer layer of glass extends 300mm below the slab to create broad horizontal banding and give the building its characteristic form.

Phase 2 will be a 54-storey tower on top of a seven-storey podium. Envisioned as being an ‘identical twin’ to the tower of phase 1. Rather than introducing a new material palette and geometry for the phase 2 tower we simply rotated the existing design 90 degrees. By doing this when one views the two buildings from any angle the short end of one tower and the long end of the other will always be visible at the same time. This approach is deliberately different from ‘similar but different’ twinning strategy exhibited by the Absolute towers at the eastern gateway to Mississauga’s downtown. M City will offer a multi-level public realm that fully realizes the capabilities of advanced reinforced concrete building technologies.

Both towers have a special geometry that not only provides for excellent residential units but also contributes to the iconic role of these buildings on the urban skyline. The podiums have a prismatic shape by virtue of its faceted glass walls, as well as a large rooftop amenity and green roof.

Its characteristic undulating geometric presence is a series of twisted horizontal bands that form the entire shaft of the tower. There are seven typical twenty by forty-two meter floor plates, and every one rotates in relation to the one above and below it. The floor plates accommodate approximately 13 units per level, each with a balcony. From top to bottom, the sculptural form is made up of these balconies, and great care has been taken to make sure this presence is uninterrupted by the unsightly mechanical equipment areas that mar the appearance of many high-rise towers. The singular expression of the bands reinforces the sculptural quality of the building forming a dramatic baroque silhouette against the sky.