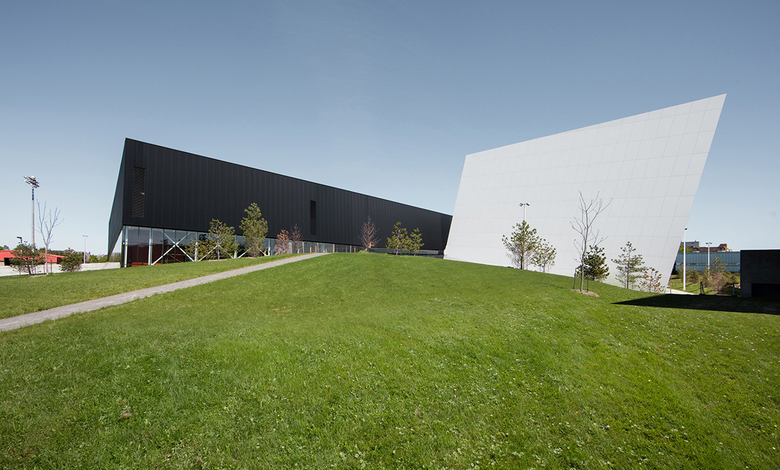 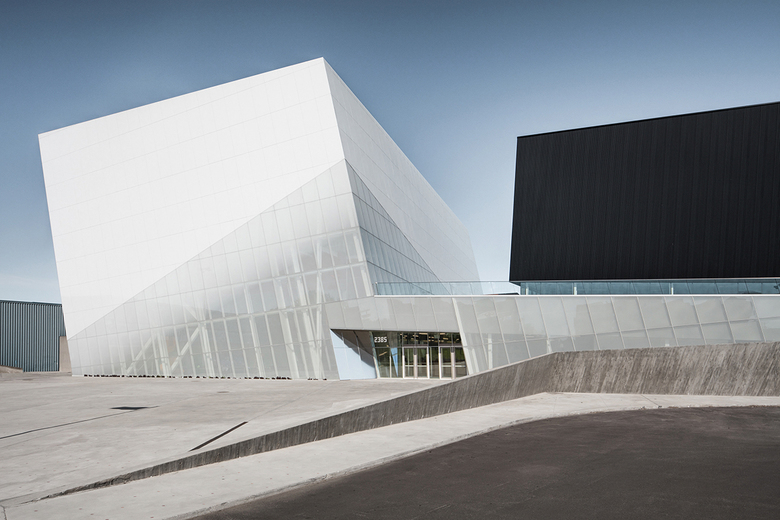 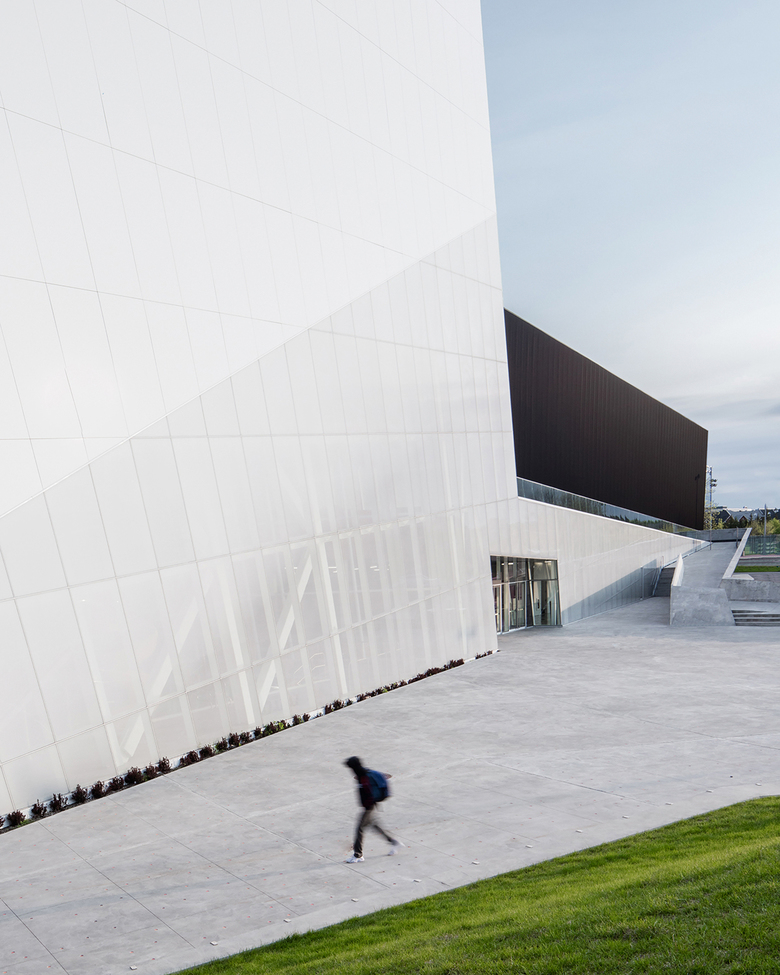 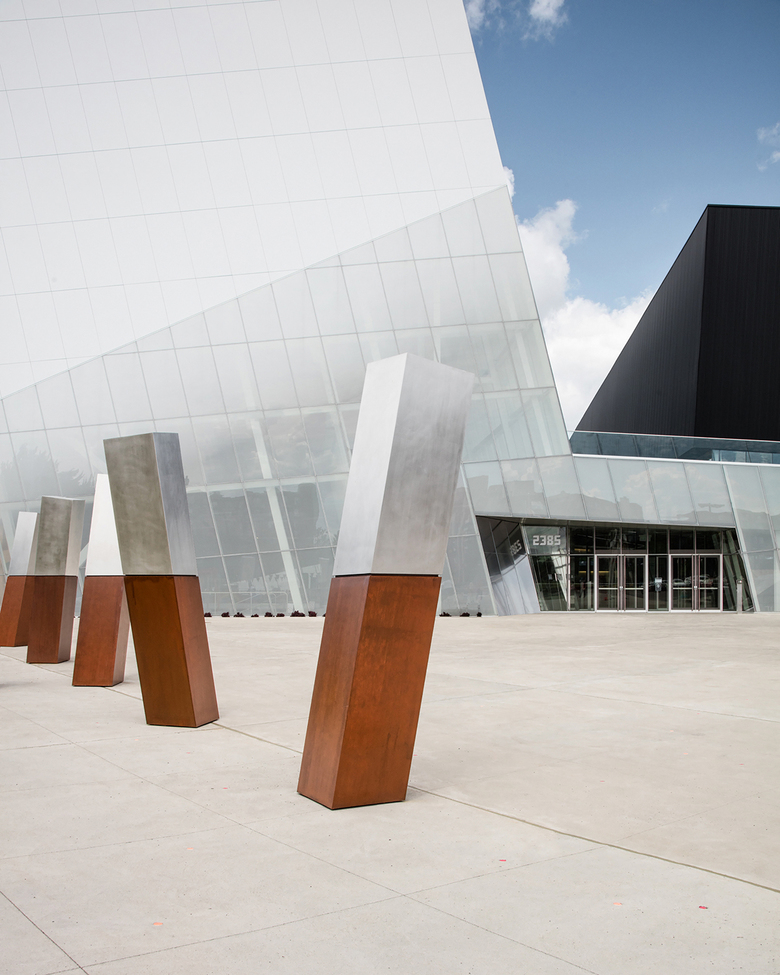 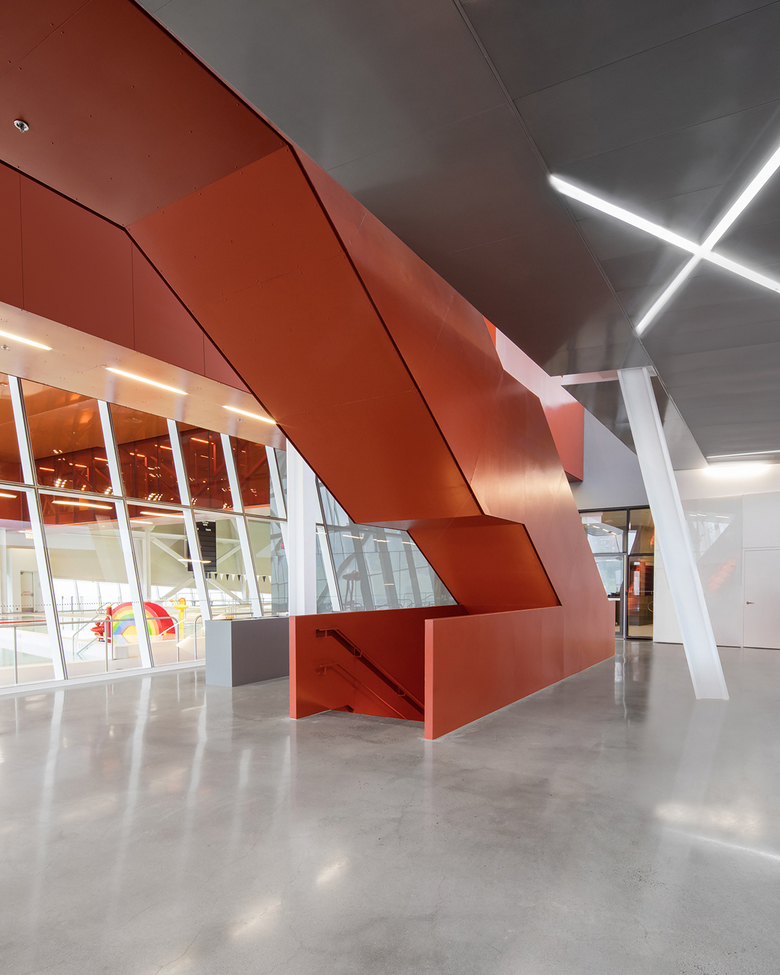 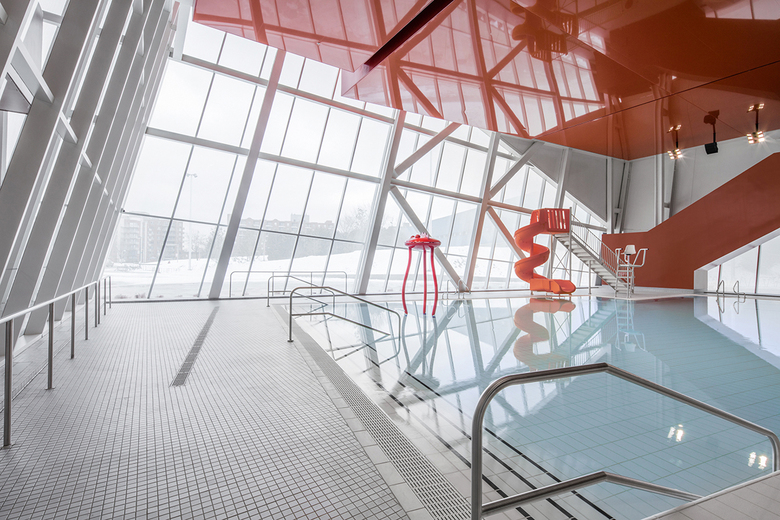 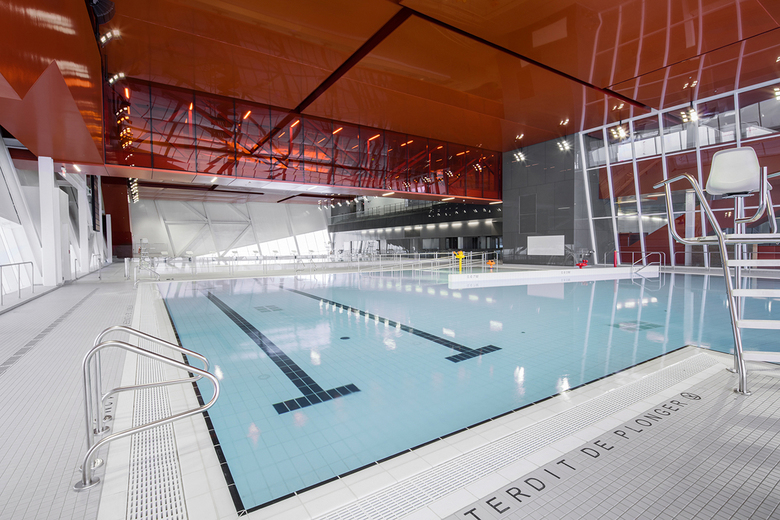 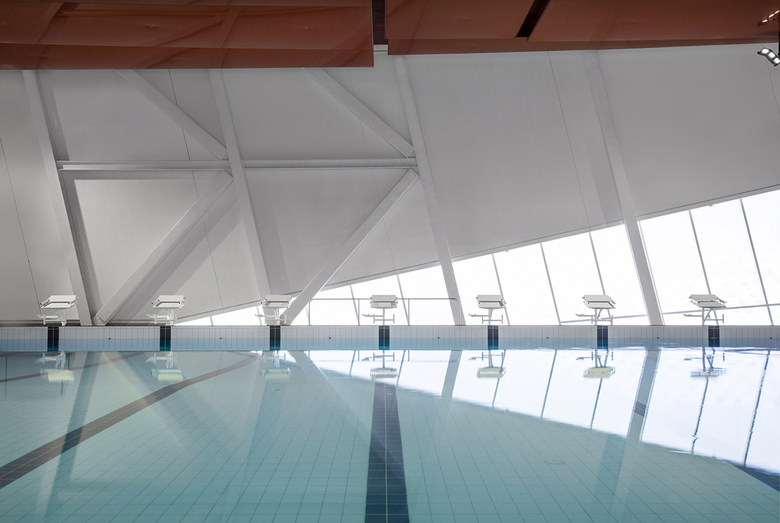 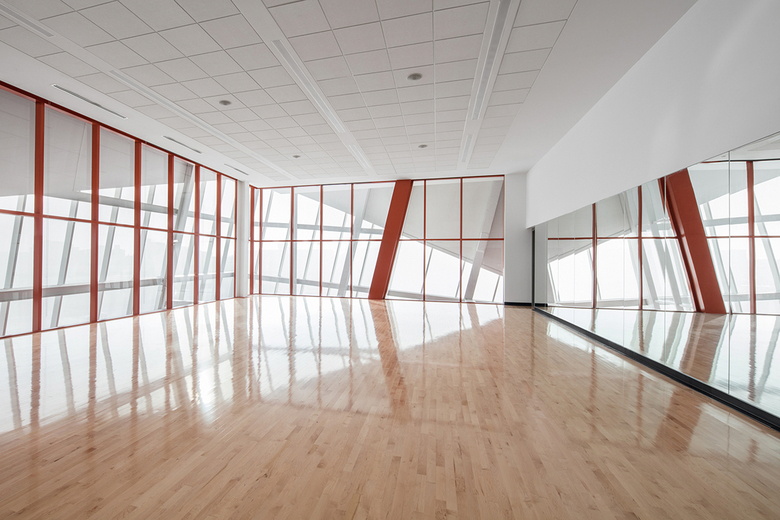 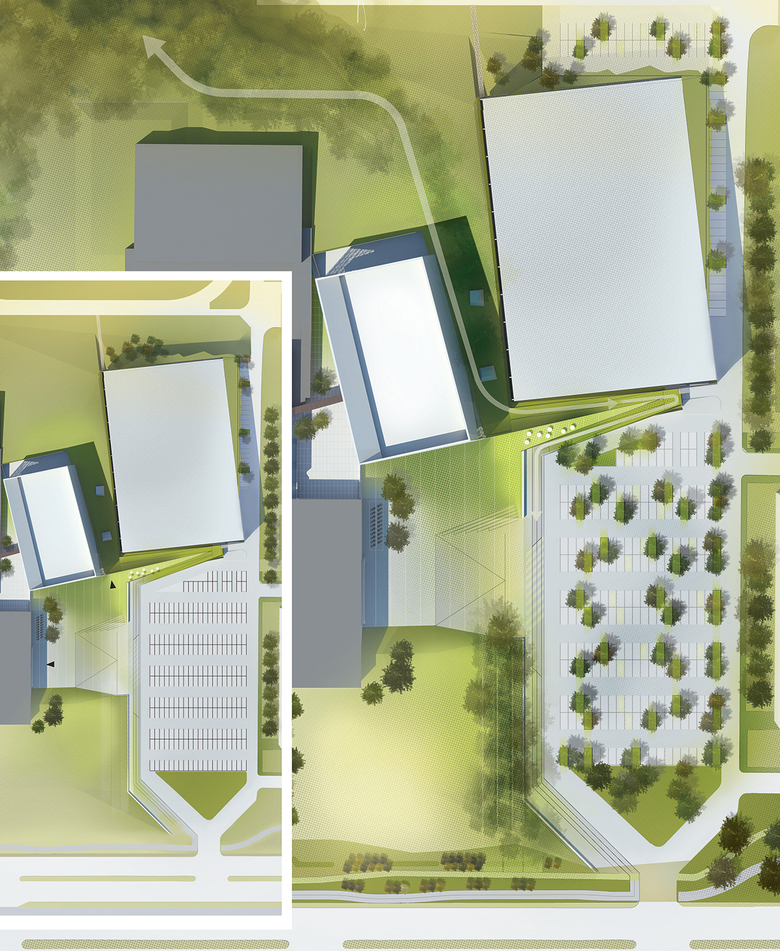 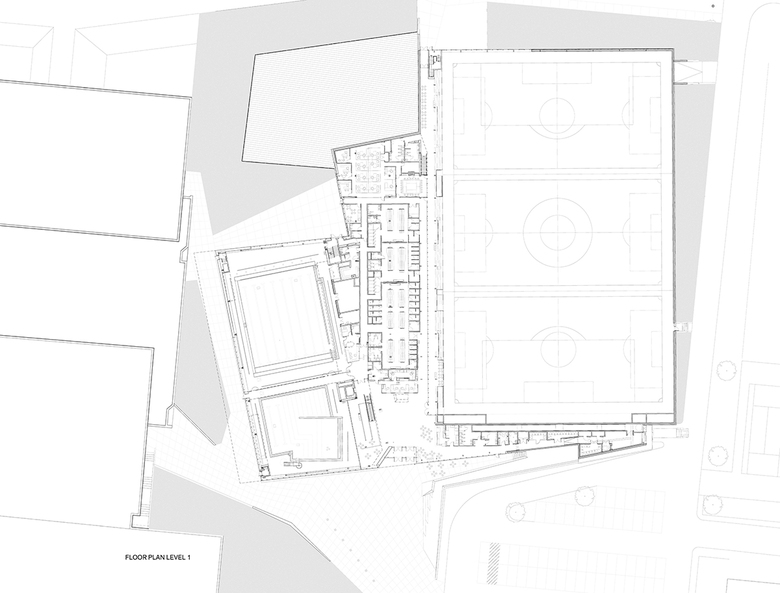 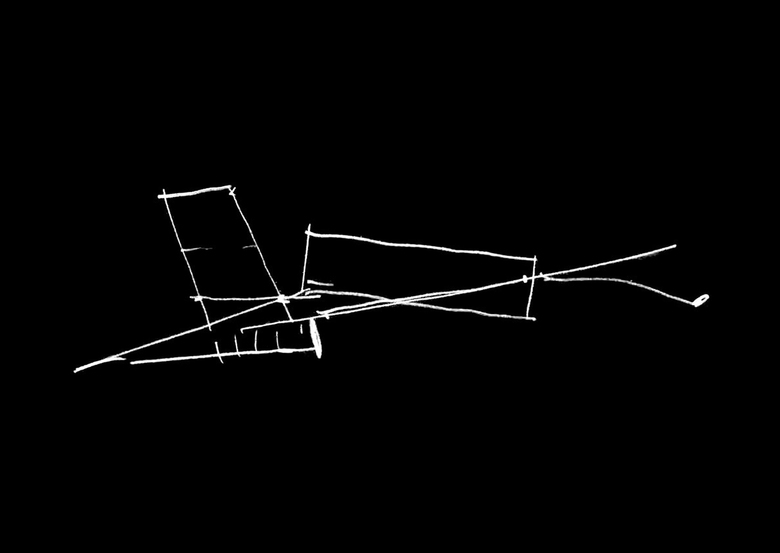 The project site is situated between the existing Émile Legault School and Raymond Bourque Arena, both of which are horizontal in form and neutral in character. For this project, it thus became vital for the design of new sports complex to create a visual and physical link between the Marcel Laurin Park (to the north of the site), and the projected green band that will run along Thimens Boulevard.

The sculptural nature of the project creates a strong link between these two natural elements in the urban fabric. Two angular objects—one prismatic, white and diaphanous, the other darker and stretched horizontally—embrace the specific programmatic functions of the project but simultaneously transcend these, inviting users and passersby from the boulevard, while serving as a signal for the passage toward the park beyond.

The two volumes appear to float, suspended by the kinetic energy emanating from the heart of the project, thereby evoking the dynamic nature of the activities (sports, athletics, training) taking place within.

Ultimately, the facility is designed to encourage sports participation and support healthy lifestyles in the community. The design accomplishes this through the integration of high performance sports venues bound together by a network of carefully considered social spaces.The result is a facility that supports the development of the community and adapts to the changing demands of its users.

Other Projects by Saucier + Perrotte architectes