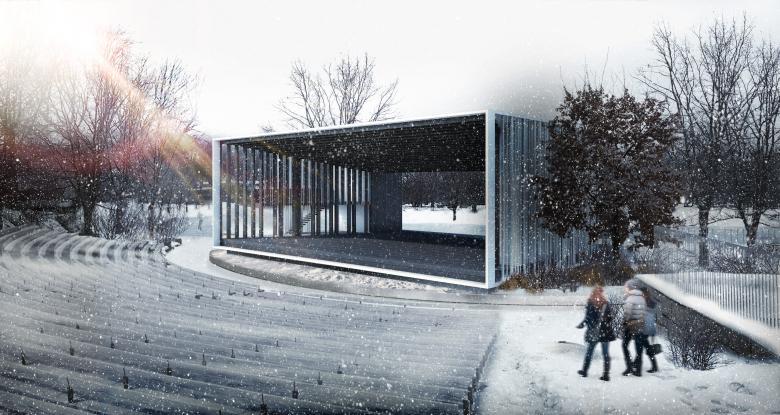 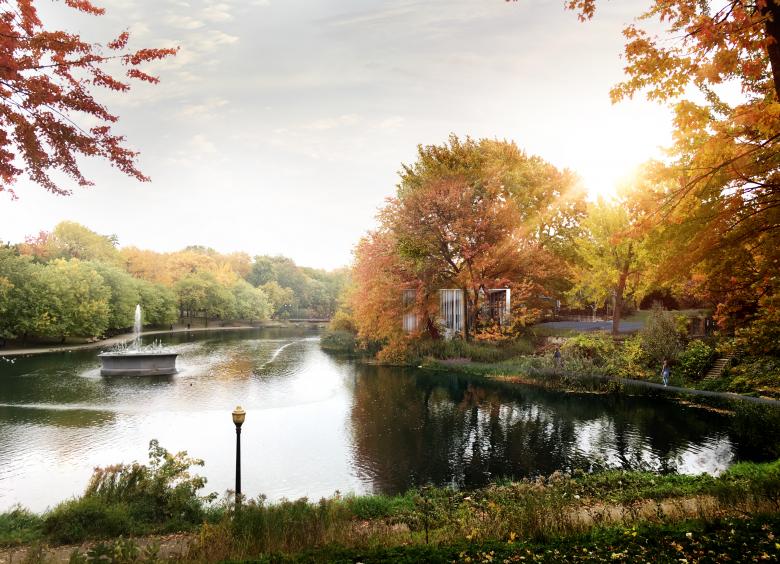 The redevelopment of Montreal’s Théâtre de Verdure has enabled the creation of a new and stimulating space, open and accessible to all, to perpetuate the mission of this venue renowned for its outdoor performances.

An emblematic site in La Fontaine Park, the Théâtre de Verdure has hosted countless shows since its inauguration in 1956, until its temporary closure in 2014 due to decaying facilities.

In order to breathe new life into this enchanting site, the Lemay team developed a concept based on the relationship between architecture and landscape, theatre and park, the built and the natural. This reflection is part of a broad, inclusive and pluralistic vision where the development relies on continuity with the landscape to offer a coherent, relevant support to the architectural intervention giving new life to the Théâtre de Verdure.

The result is a theatre with a first-rate stage infrastructure that can comfortably accommodate a crowd of 2,500 spectators and host major outdoor artistic productions, while integrating sensitively into the landscape.

Opening onto the park, dematerializing its facades and maximizing views, the architecture of the Théâtre de Verdure frames the landscape of Lafontaine Park. Its different uses are arranged in such a way as to promote cohabitation and synergy between the theatre and the park. The new venue thereby acts as a theatre, a park, an object, a garden and an open window onto the magnificent site it occupies at the heart of La Fontaine Park.

The new Théâtre de Verdure reaffirms its heritage-steeped identity thanks to a sensitive rehabilitation that has also enabled a bold new design.

“I like the layering of the material creating the stage sides, and the way it frames views. It’s very light—you see it in different ways as you move around it. It’s not an imposing structure, but takes its place within the park in a very natural and comfortable way. It’s modest, but it has presence.” – Michael Moxam, juror, Canadian Architect Awards