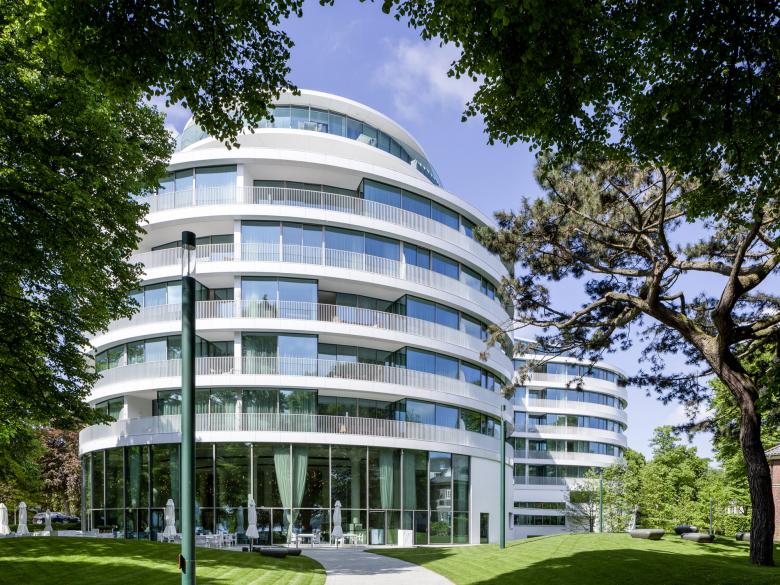 The curved facade of The Fontenay and its combination of ceramic plates, glass and metal required a partner with many years of experience. 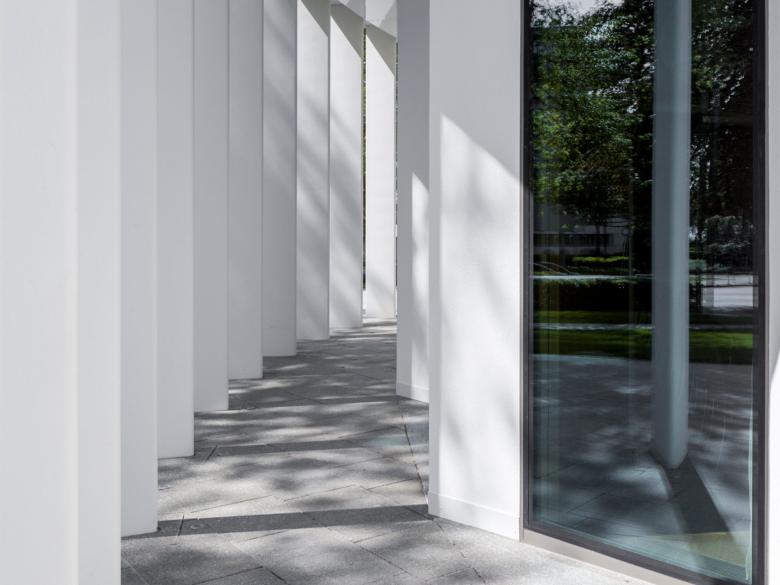 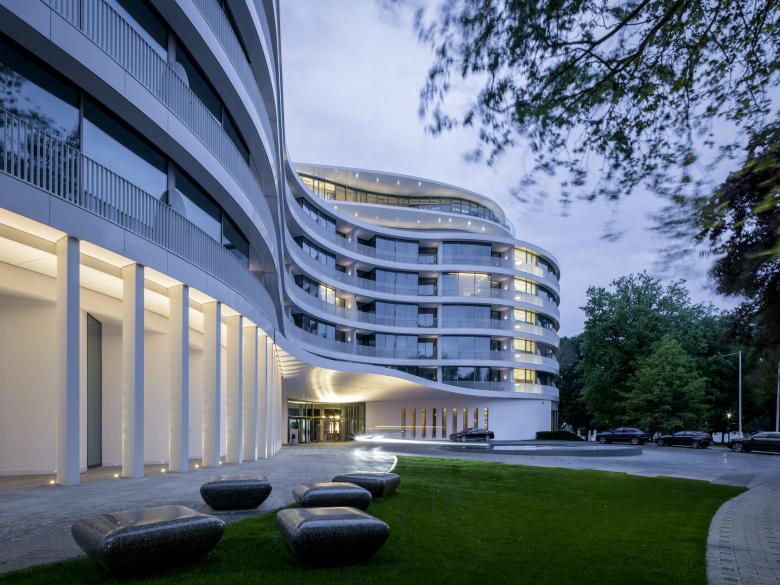 The static design of the corridor walls and the wall bulkheads radiating from them provided the necessary stability for radii of up to 22,000. 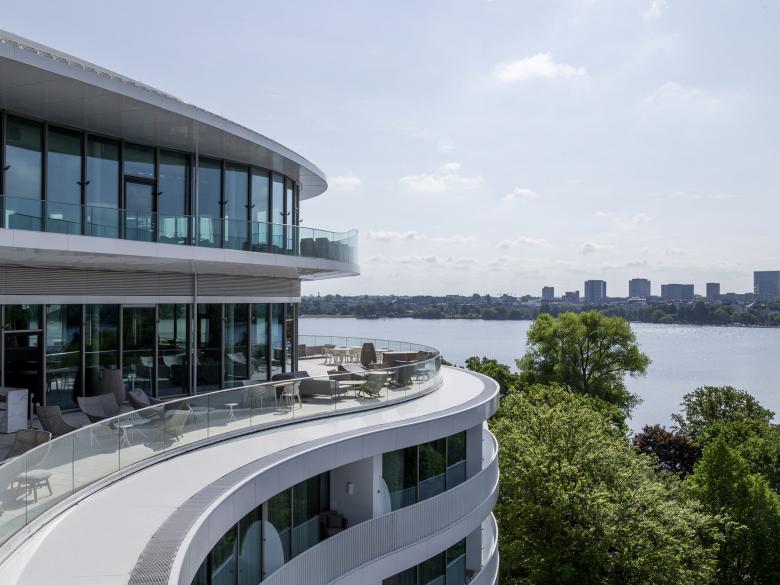 The combination of bright white ceramic elements and the curved facade is reminiscent of an exclusive yacht and light waves, including water views. 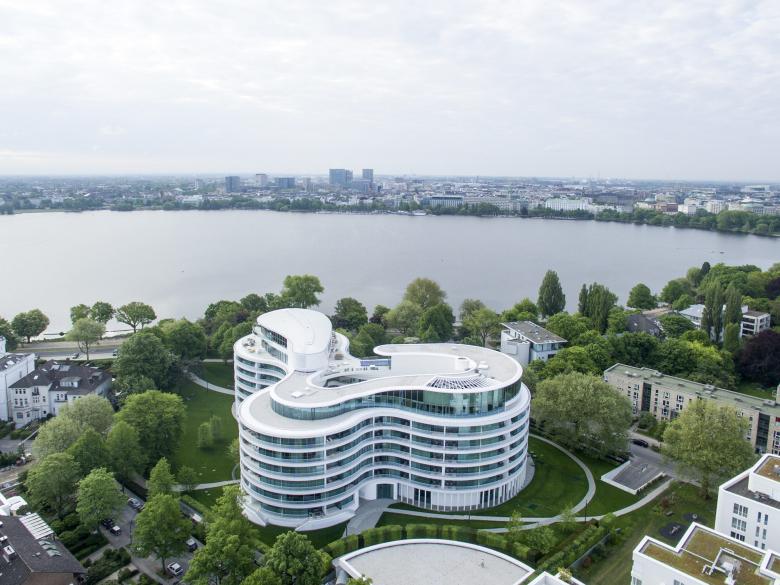 With its amorphous shape, the Fontenay blends smoothly into the surrounding parkland. The plan came from the architects at Störmer Murphy and Partners.

In the spirit of Hanseatic understatement, the luxury hotel "The Fontenay" in Hamburg's Rotherbaum district, right on the Inner Alster, combines stylish elegance with a surprising building shape. The architects from Störmer Murphy and Partners created a special floor plan consisting of three smooth circles and created an amorphous figure that blends smoothly into the surrounding parkland. Depending on the point of view, the concave or convex curved facade is reminiscent of light waves, while the brilliant white ceramic elements are reminiscent of an exclusive luxury yacht.

Due to the sophisticated design and the desire to source everything from a single source, Lindner Fassaden GmbH from Arnstorf was commissioned as general contractor for the glass-ceramic facade. Lindner worked with long-standing, competent partners for the various interlocking designs. The entire planning and project management was with Lindner and was worked out down to the last detail. It was one requirement that the curtain-type and rear-ventilated facade did not need any massive supports.requirement that the construction of the curtained and ventilated facade does not require massive steel support. This is made possible by the static design of the corridor walls and the radiating outgoing wall bulkheads, which play a literally supporting role. This gave the necessary stability to implement dynamic turns and radii of up to 22,000 mm. For the ceramic facade, Lindner installed a total of 1,200 m² of white-glazed Longoton facade panels from Moeding, with a panel height of 40 mm and 614 mm, fastened with the appropriate Longoton Rapid System. The substructure with plate holders was pre-assembled ready to mount the tiles without tools. As there was no mandatory order of assembly, the work at The Fontenay could be carried out with considerable time savings.