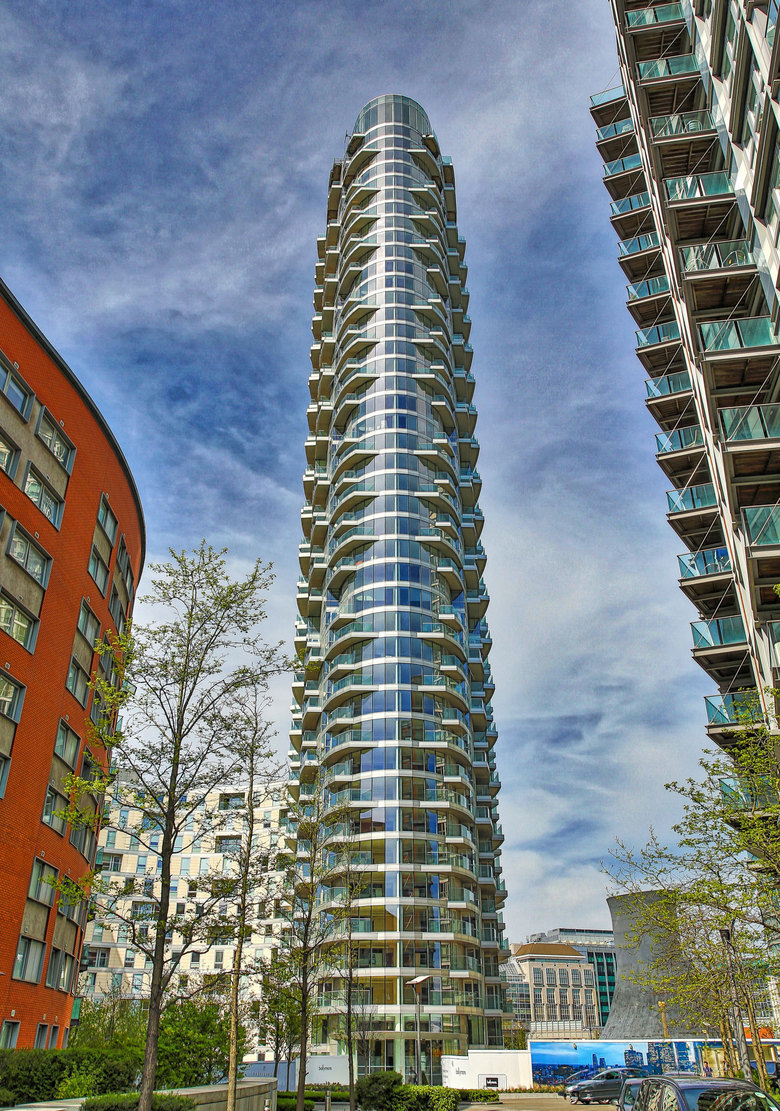 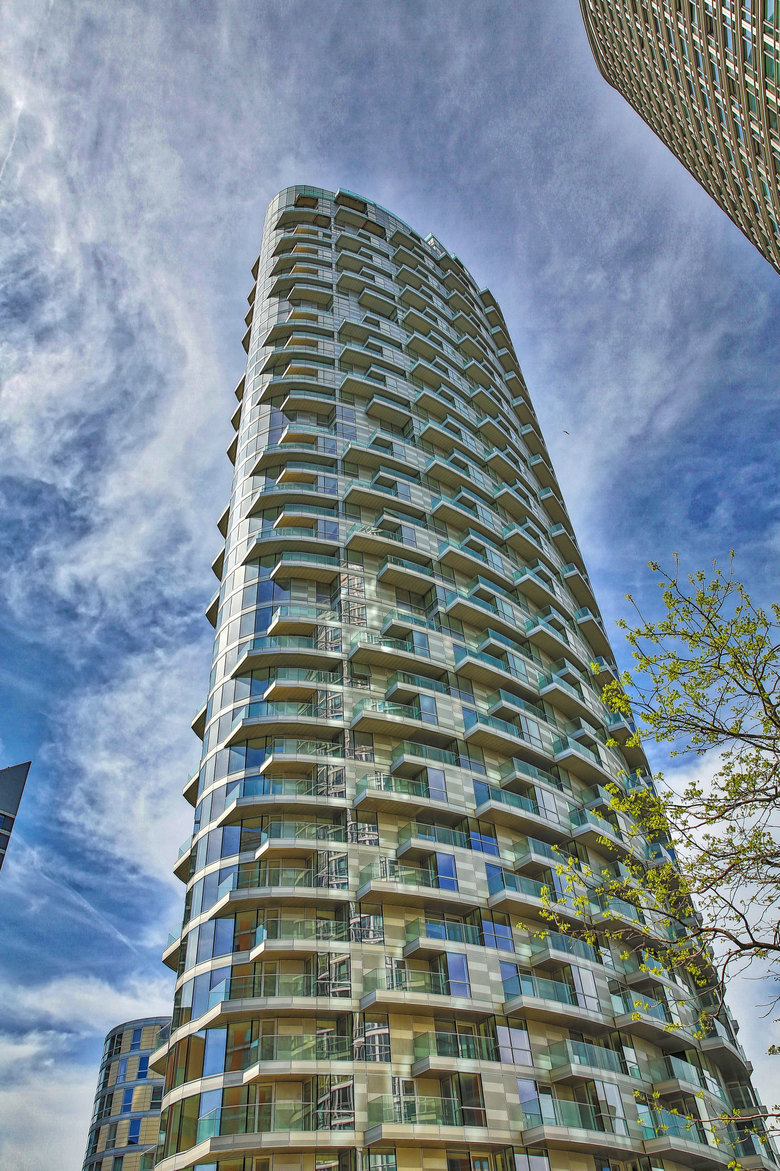 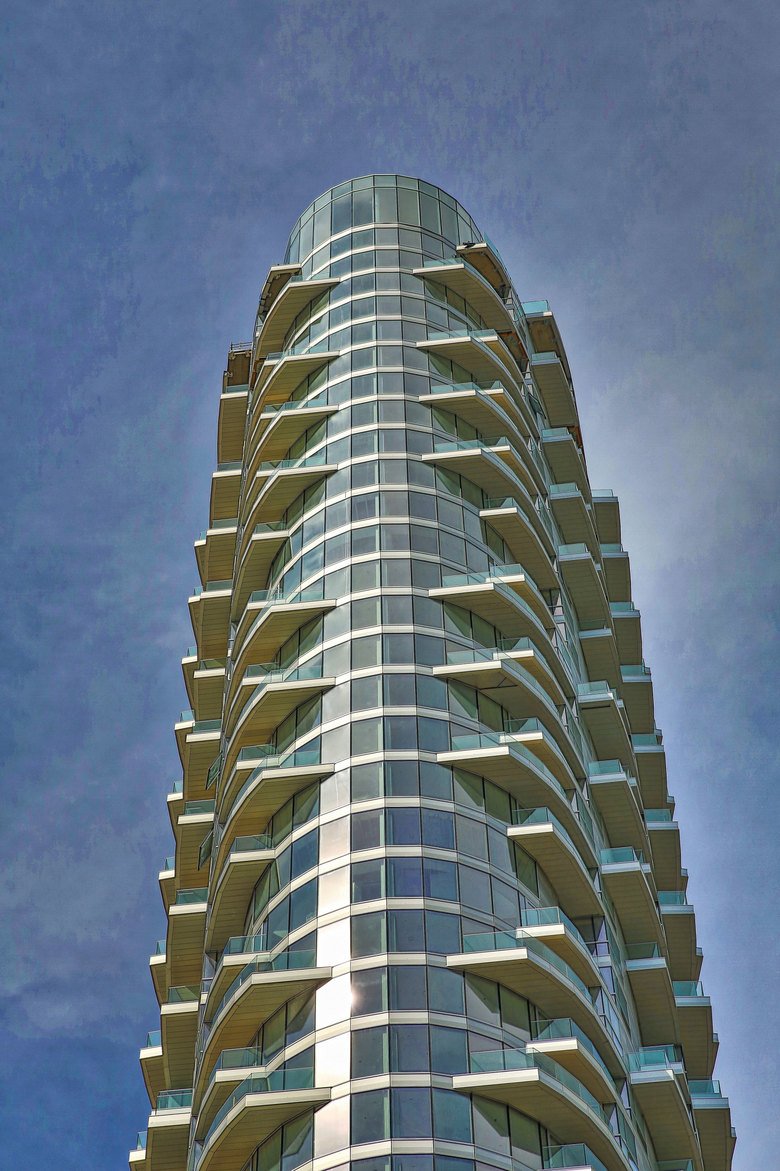 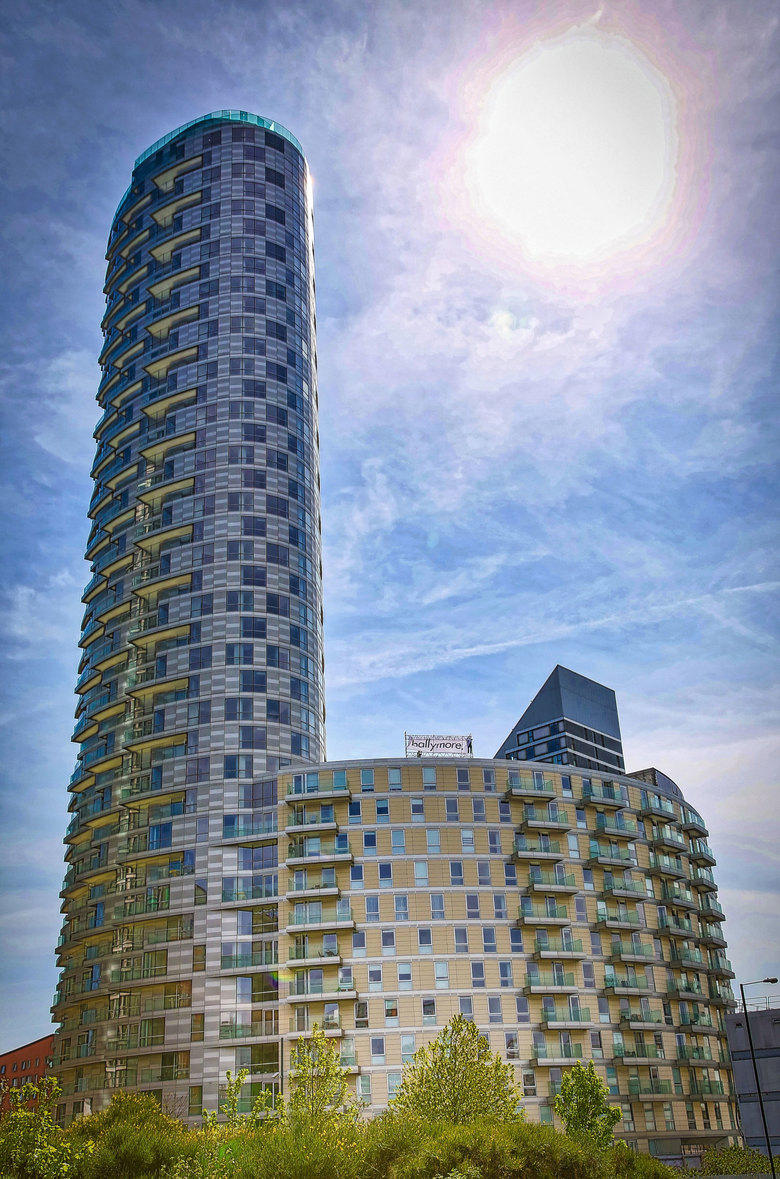 Since its completion in 2015, the 45- storey Providence Tower in East London offers a spectacular view over the river Thames and the City of London.
The building is an architectural extension of the popular residential area Providence Wharf and is, together with the fincancial- and economic centre Canary Wharf, one of the biggest redevelopment projects in the history of London. The architects of Skidmore, Owings & Merill LLP, who designed numerous characteristic buildings and public places in this quarter, are responsible for the construction of the Providence Tower.

All in all, 13,000 square meters of aluminium curtain wall facades, divided in 3,800 single elements of glass and terracotta cover the elliptical tower. Based on the Lindner facade system CW 65, the elements are aligned in several angels between 3 and 11 degrees, with heights ranging between 3.5 and 5 meters and width of 1.5 meters. Visually integrated ventilation cuts fit in harmoniously into the facade. 300 bolt-on balconies and spacious terraces on the south side complete the multidimensional look of the building. Receded facade areas allow exclusive views from penthouse terrasses, while the Sky Garden, located at the top of the tower, offers a stunning 360-degree overview through its 5-meters high window panes. The facade as well as the bolt-on balconies with their glass balustrades and aluminium handrails were produced and installed by Lindner Fassaden GmbH.

Lindner´s scope of works also included the aluminium canopy and the automatic sliding doors of the entrance. The sliding doors are integrated in the facade and fulfill highest thermal and acoustic specifications, similar to the break-in resistant windows and glazed doors on the ground floor. On the lower areas, the curtain wall consists of thermally separated aluminium frames with double-glazed window units and anodised aluminium panels. In the mid-zone, the facade is of similar structure, but extended with flushed outward-opening top-hung windows, side-hung doors, lift-slide doors as well as bolt-on balconies and terraces

The crescent-shaped Bar Building offers 5,444 sqm of floor area on 12 storeys, which houses smaller apartments, the lobby, a concierge-service and a combined fitness and spa area. Window and glazed door elements interchange with terracotta panels in the aluminum unitised facade – a picture only broken by the freely suspended balconies and occasional back-shifted terraces.