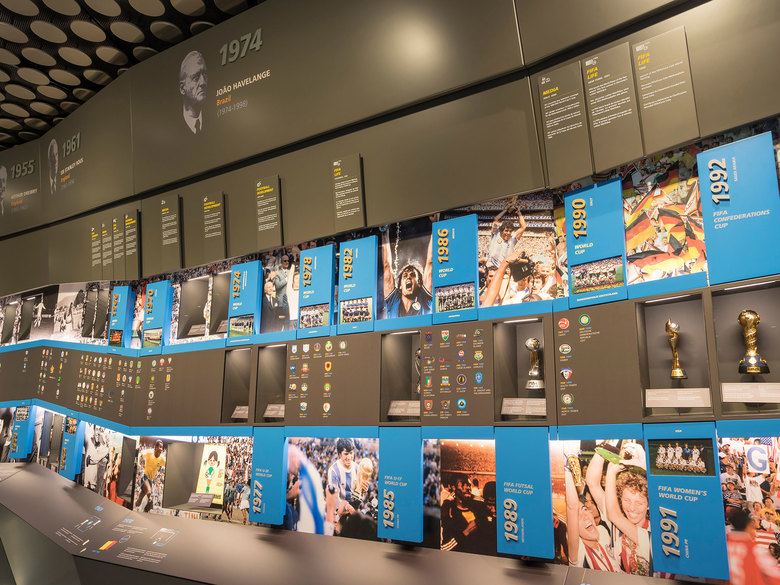 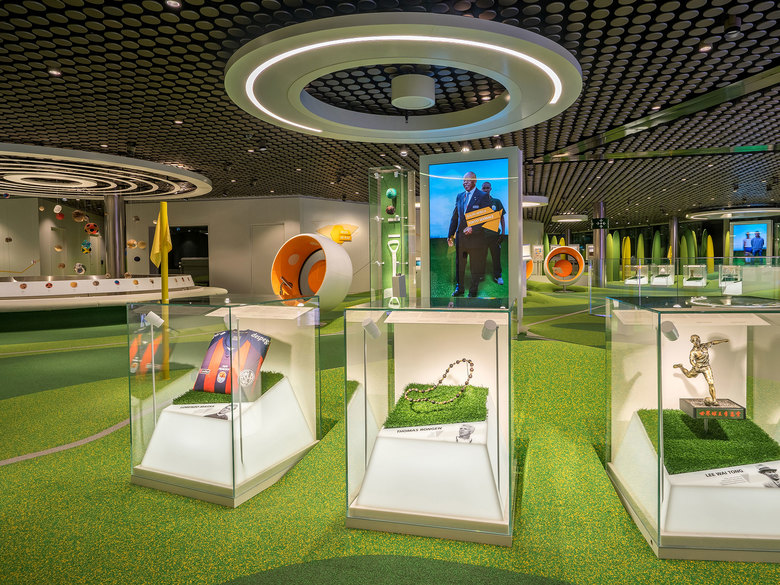 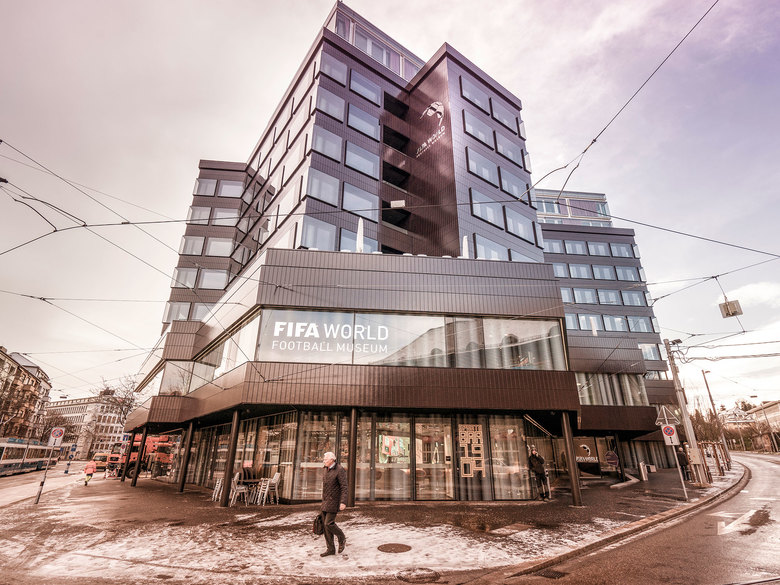 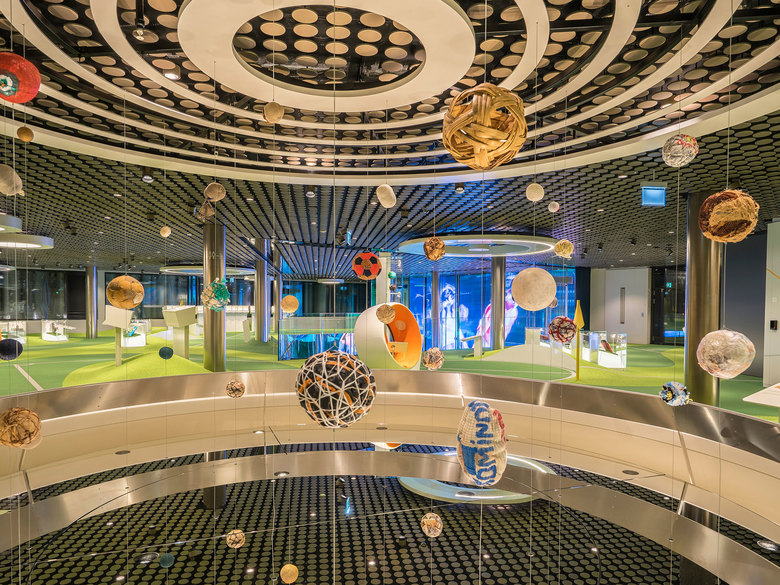 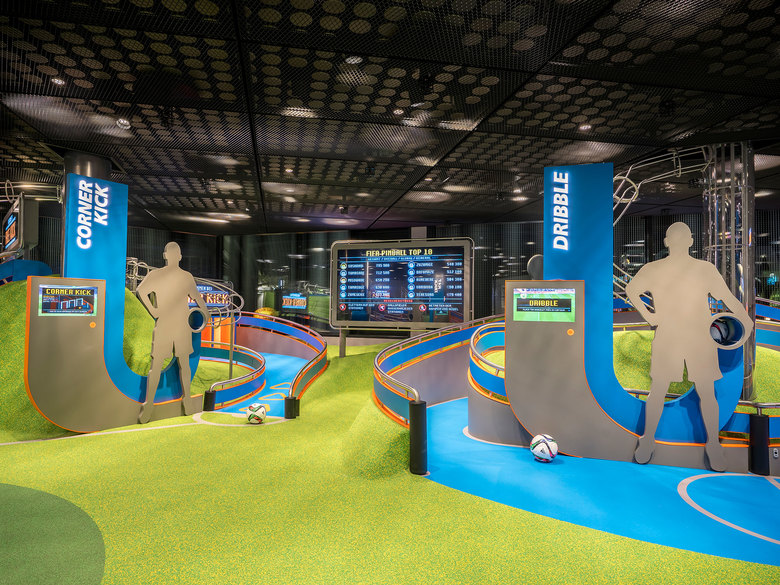 The former „Haus zur Enge“ on Tessiner Platz, situated in immediate vicinity of Zurich Central Station, has been extensively redeveloped by TRIAD Berlin Projektgesellschaft GmbH to house the new museum of the International Football Association (FIFA). The striking building had been an iconic part of Zurichs cityscape since the 1970`s, which is why the architects of SAM Architekten + Partner decided to maintain its basic form and add a few necessary elements.

The swiss subsidiary of Lindner AG in Effretikon was involved in the redevelopment of the former business building into a modern museum. In less than a year of construction time and with high logistic demands, Lindner produced and installed metal ceiling systems with integrated heating and cooling technology and custom wall claddings.

All areas of the building – which also includes residential and office areas – have been fitted with high-quality materials in combination with modern interior furnishings. Both the architects and the exhibition designers put a strong emphasis on these characteristics. The museum features a multi-media exhibition area of 3.000 sqm and an additional 1500 sqm of gastronomical areas,a museum shop and a library, the latter three being open to public. Exhibited originals such as the trophies of the men´s and women´s FIFA Football World Championships and over 1,000 other exhibition pieces such as the national jerseys of all FIFA member associations are sure to excite any true football enthusiast. While the museum and its media equipment are state-of-the-art, the redevelopment of the building also brought improvements in the form of energetically efficient concepts.
Finding a highlight in regard of appearance in the exhibition and gastronomic areas is tough, however, one of them are the 3,700 sqm of custom metal hook-on ceilings with aluminum plates that have various surfaces, ranging from powder coated over anodized to mirror polished bronze-golden plates. Additionally, the relatively narrow ceiling void was fitted with convection cooling ceilings type Plafotherm® KN, which have very high cooling capabilities. Other heating and cooling ceiling systems have been partly constructed with rounded metal honeycomb panels or executed as a 10 metres long cooling canopy ceiling with acoustic plaster coating, respectively.
Lindner also developed a custom solution for the elevator access rooms, which consisted of a wavelike metal wall cladding with a very small radius. Lindner Objektdesign GmbH supplied further wall claddings from the COMPlacq line - partially executed as sound-absorbing elements, which have been fitted in the exhibition areas.