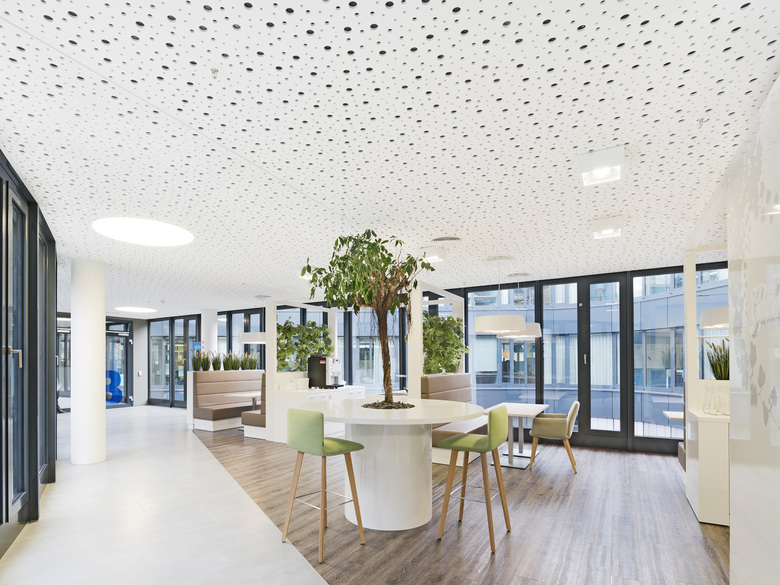 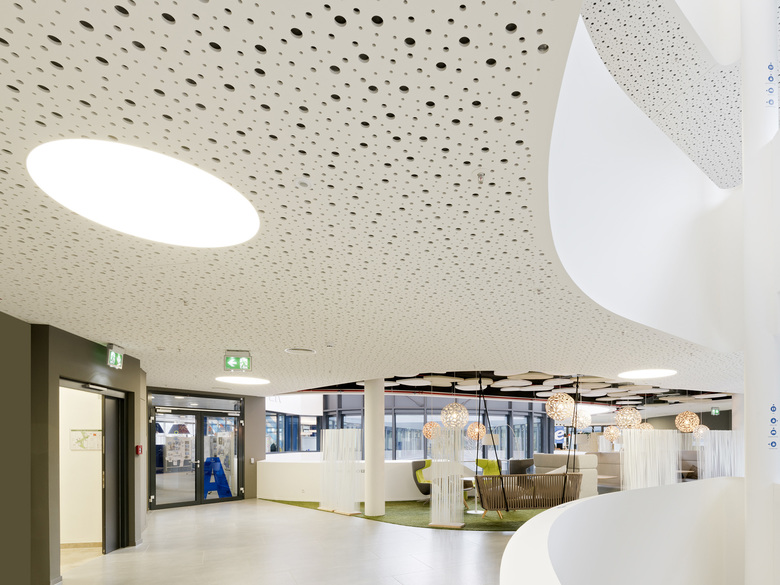 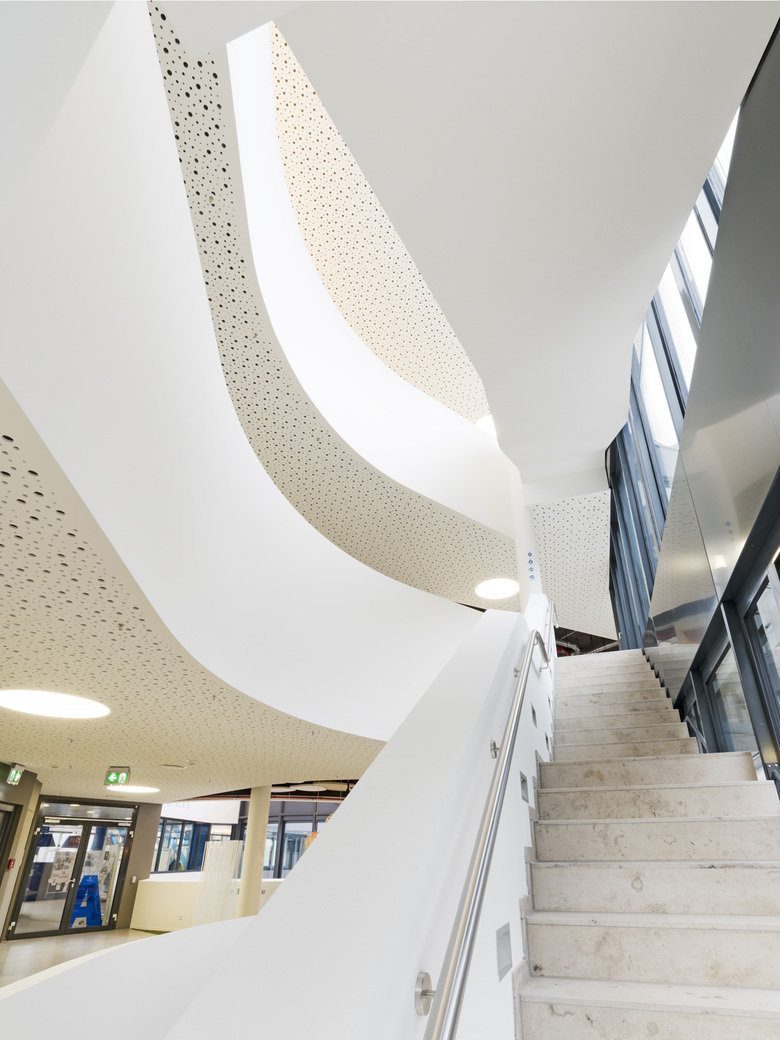 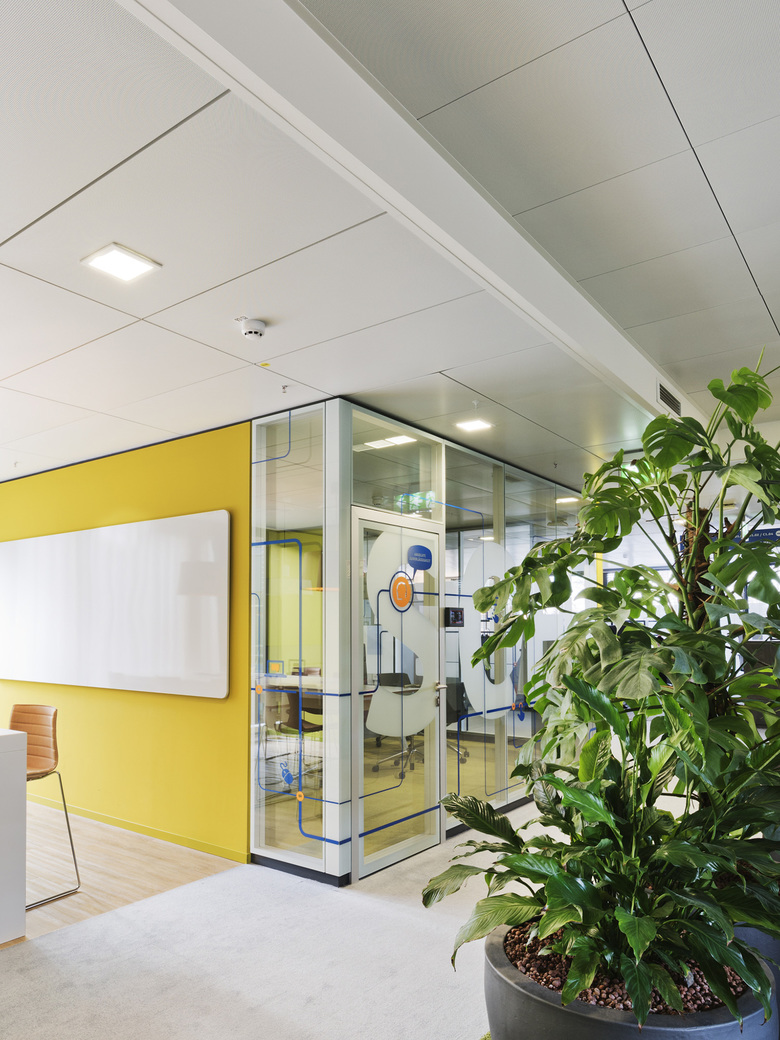 In December 2014, Teambank AG – the instalment loan expert of Volksbanken Raiffaisenbanken financial group – has moved into new headquarters in Nuremberg. The building features 15,000 sqm of usable space, enough for over 700 employees. Its design, however, is quite unusual for a bank: innovative, activity-based workplaces in attractive open-space environments. This interior design creates a atmosphere of innovation where modern ways of cooperation and communication are strongly supported. As a part of this concept, the building reflects the claims “Simple. Fair.” of easyCredit, a brand of Teambank AG, which aims to be a trendsetter in the German banking sector. The unique interior design was created by Swiss specialist Evolution Design AG.

In regard to the interior layout, the new headquarters is noticeably influenced by a modern city: main gathering areas such as the restaurant and the coffee shop act as ‘marketplaces’, large working zones form neighbourhoods and the centre is designed as a zone for meeting and creation. The interplay between these functional areas carries the communicative concept inside the new headquarters.

One part of the building´s sophisticated design are Lindner Ceiling systems. The central meeting areas have been fitted with a plasterboard ceiling that is not only appealing, but also highly functional: integrated Heating and Cooling Technologies are used to regulate the temperature in these large areas. The scattered perforation in the ceiling’s surface improves acoustics and appearance while it also facilitated their installation. Office areas, however, have been equipped with Hook-on metal ceilings from Lindner, also partly featuring heating and cooling technologies. Due to a large number of installations in the ceiling void in combination with a very shallow suspension height, the ceilings in some areas were executed as split-level systems.