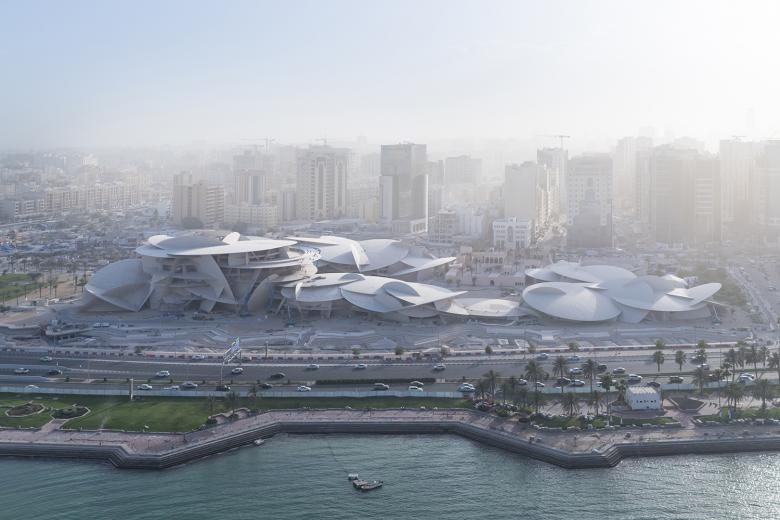 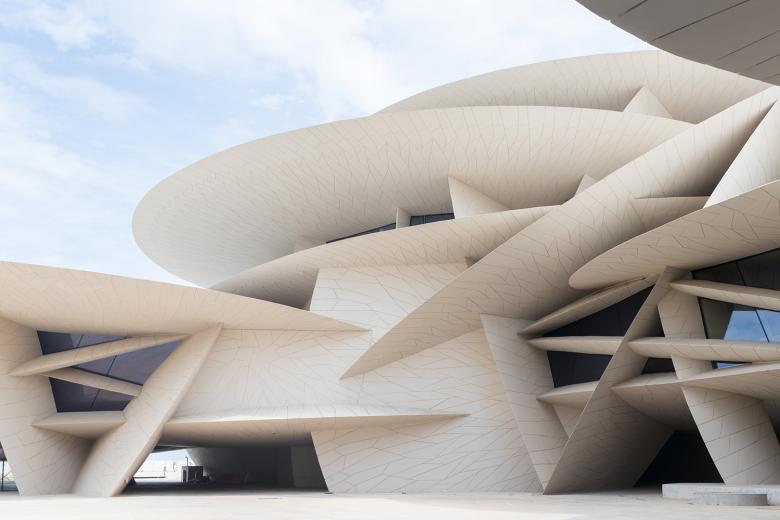 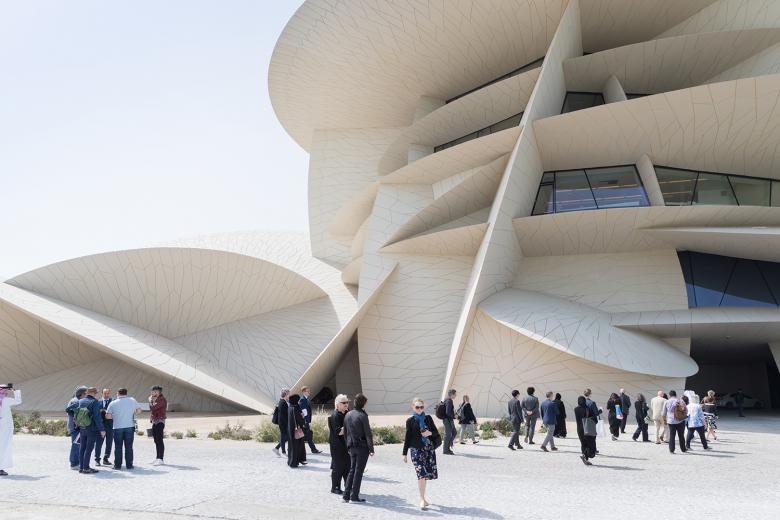 Composition in 539 disks: the crystalline giant rose from the desert

Giant, ceramic-like disks are tilted in an apparently uncoordinated muddle on the edge of the street in Doha in all directions. The National Museum of Qatar is in the prominent vicinity of the royal palace of Sheik Abdullah bin Jassim Al Thani and is the newest coup in the cultural race of the Gulf states. The Emirate on the Gulf presents its history with a dynamically interlaced composition using 539 round disks. The phenomenon of the crystal sand rose from the desert served the French star architect as inspiration. The sand rose is the first architecture created by nature itself, arising from wind, spray, sand and thousands of years.

The work for the highly complex construction took eighteen years: the 539 disks are covered with 76,000 fibreglass-reinforced panels in concrete - a proper technical contortion. The structure transports the balance between rough and gentle apparently effortlessly: the disks are characterised by a crystalline precision with razor-sharp edges, while at the same time forming an extensive interior courtyard with pleasant, sandy surfaces. The building is constructed in a high-performance, fibre-reinforced concrete in a sandy-beige colour.

The interior of the museum promises an architecture of surprises: the rooms create wish, contrast and amazement. For example, you can go from a high room that is cut off by a tilted disk into another with a much lower point of intersection. The disks pushed into each other form a labyrinthine sequence of rooms: leave behind high foyer ceilings and find yourself in intimate niches and low cabinets. The dramatic sequence of rooms is reinforced by the fact that the floors are also formed from slightly sloping planes with which the visitors are steered through the galleries in a gradual climb.

The futuristic architecture is equipped with the clear lines of the classic JUNG LS 990 design in white and black, which fits with conceptional confidence into the spectacular ambience.

Other Projects by JUNG