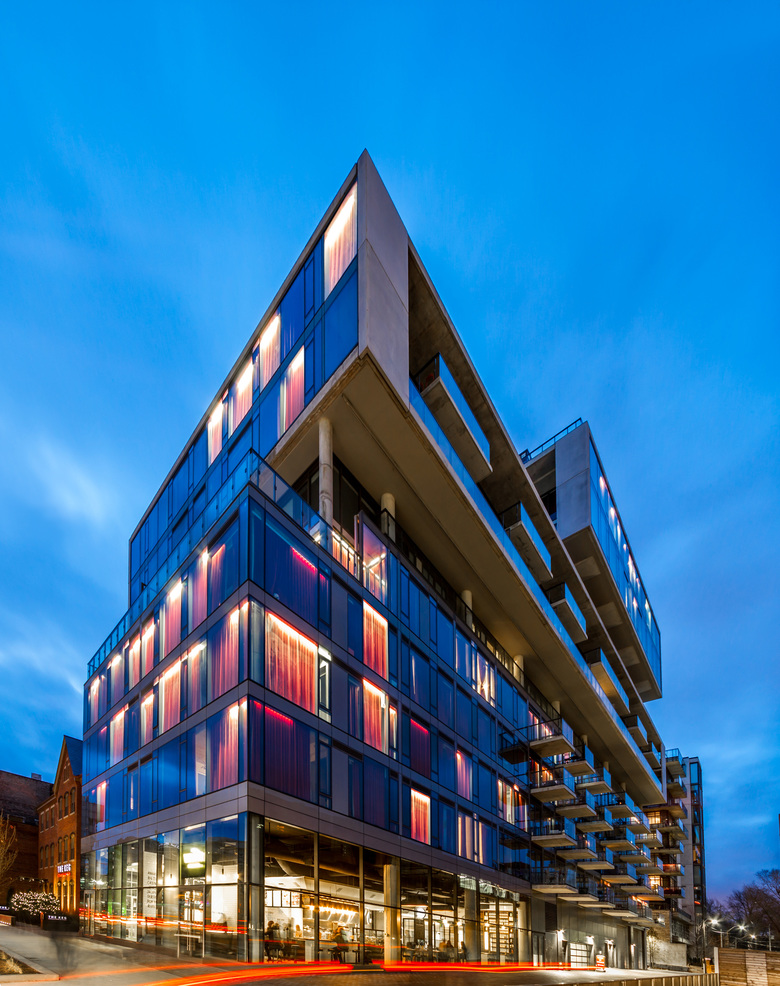 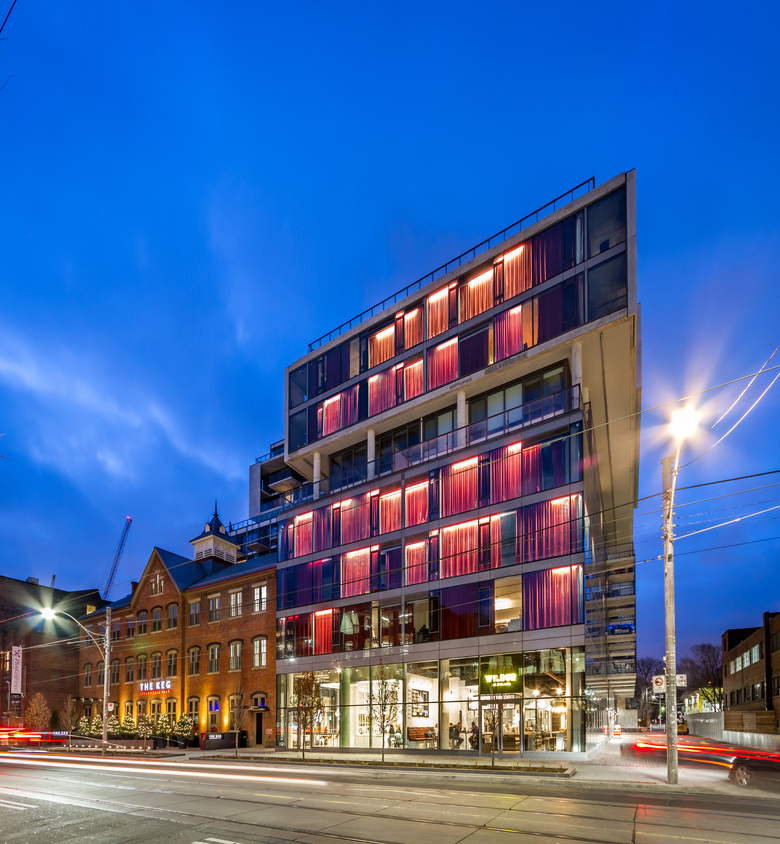 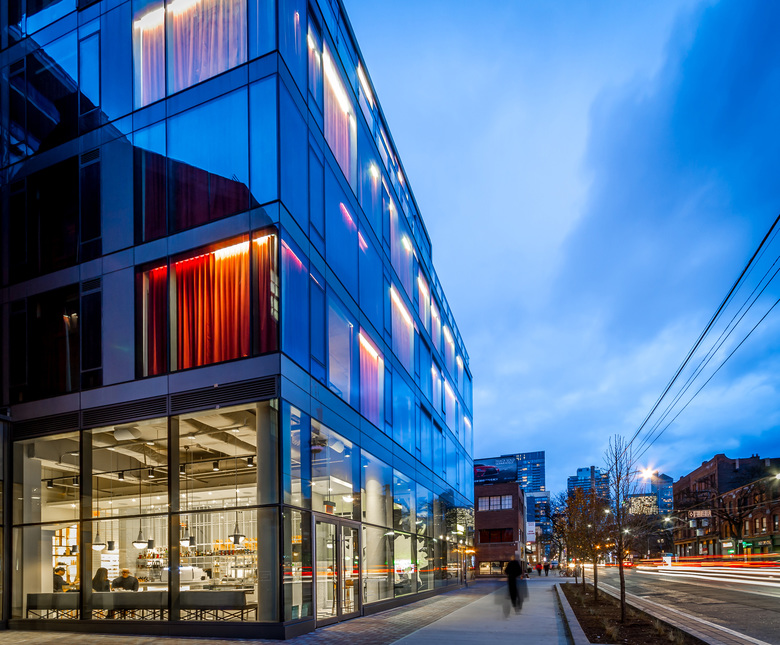 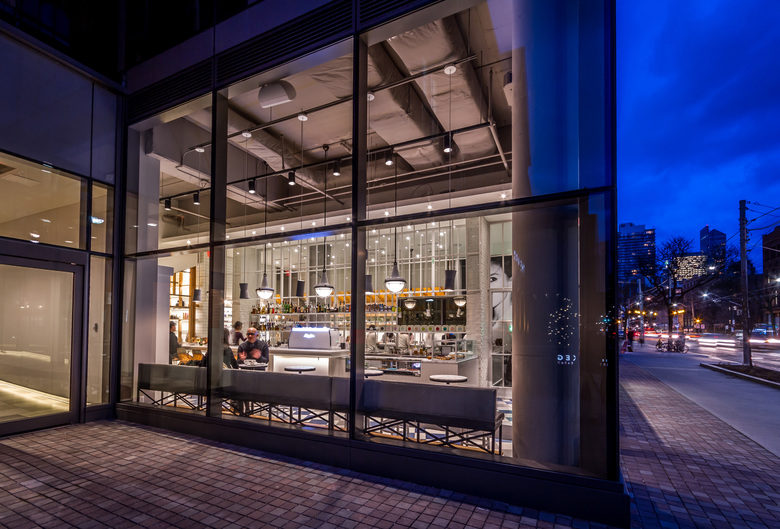 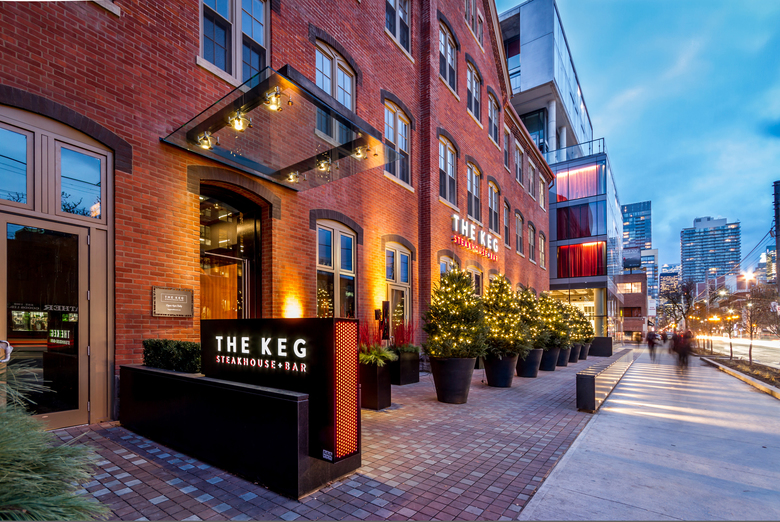 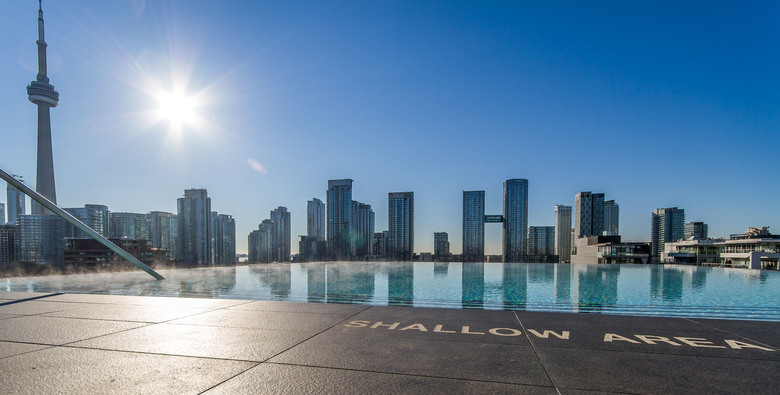 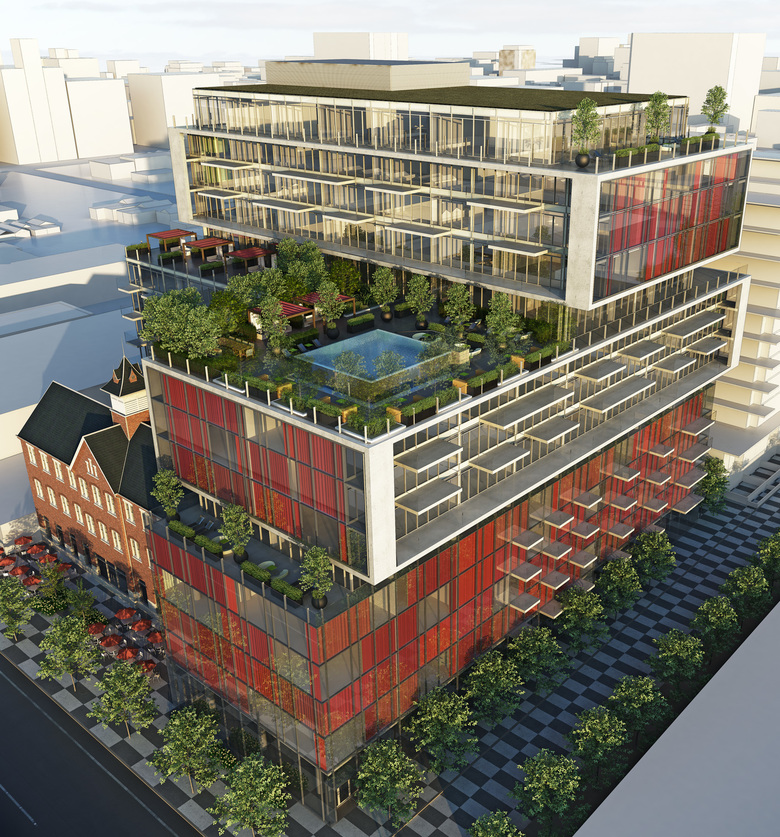 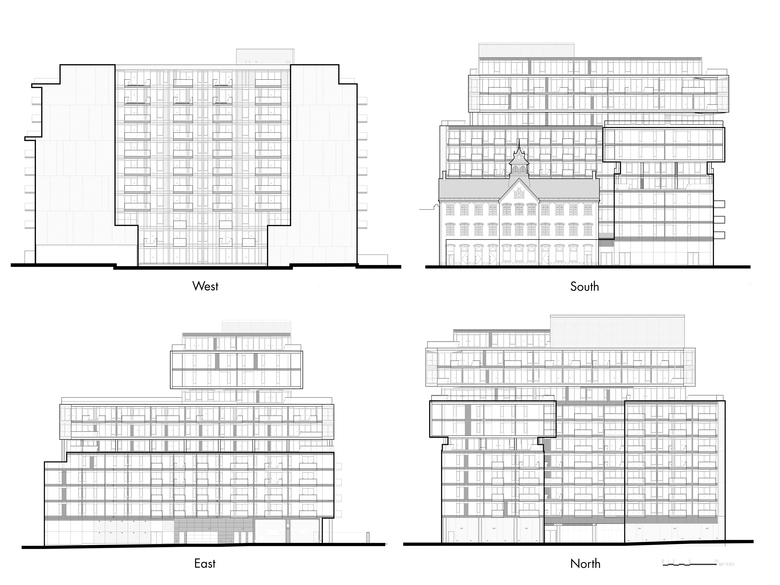 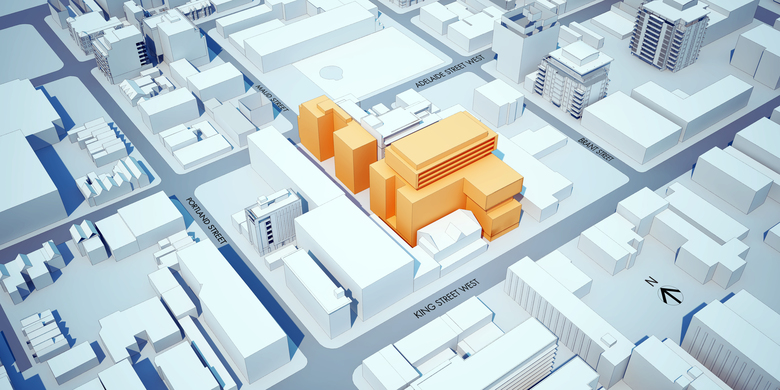 Fashion House seeks to recapture the eclectic and creative energy of the historic Fashion District. The project is a unique interface of developer, architect, community and interior and fashion designers. Fashion House is a juxtaposition of business drivers with raw creativity within a community setting.   The client wished to maximize the density on the site, and provide a significant outdoor amenity space that had sun all day and downtown views.

Community space and public venues are important to this development. Trying to avoid the cloistering effect of urban high-rises, the street level features public spaces. Attentive to pedestrian connectivity, public thoroughfares pass through these buildings at street level, connecting Morrison Street to the heritage building and King Street. Given the heritage building designation CORE worked with the city through the site plan approval and permit process to insure that the original design and programmatic needs of the client were realized.

The zoning constraints would ensure that the bulk and mass of the building would be setback from the Heritage Building and not penetrate a 45 degree angular plane which was drawn from the opposite side of the fronting street (King St W).

The massing of Fashion House, a series of offset and stacking volumes, was largely determined by the existing zoning permission that was granted on the site for the area behind and beside the Silverplate Heritage Building (currently the Keg Restaurant).

The building massing developed from that into two long bar-shaped elements set at 90 degrees to each other. The podium element was meant to be a flush, glazed glass box to act in counterpoint to the heritage brick building, the condo entry is between these two volumes.

We accomplished this by placing building massing where it would have the least impact on the neighbourhood, heritage building and still comply with the zoning by-laws, the result was a stacking of “building blocks” that created a large roof terrace on the south-east corner of the site at the 11th floor, ideal for an exterior pool.

We challenged the notion that a building should use typical floorplates in a regular pattern,  and opened ourselves up to the possibilities of using multiple floorplates that cantilever, offset, shift and overlay each other to achieve a more dynamic form that also complies with the site specific bylaws.

The red curtains (white on the interior) are a metaphorical reference to the garment district of Toronto in which this project is located. Young Toronto fashion designers were given the task of creating a signature art piece, in the elevator lobby area for each floor in the condo.

There are 334 units at Fashion House, ranging in size from 464 to 1,566 square feet. Some of the stylish features and finishes include 9’ and 10’ ceilings, European designed contemporary kitchens with stainless steel appliances, exposed concrete ceilings and columns, stone counter-tops, pre-finished engineered hardwood flooring, floor-to-ceiling windows and a rooftop infinity pool.