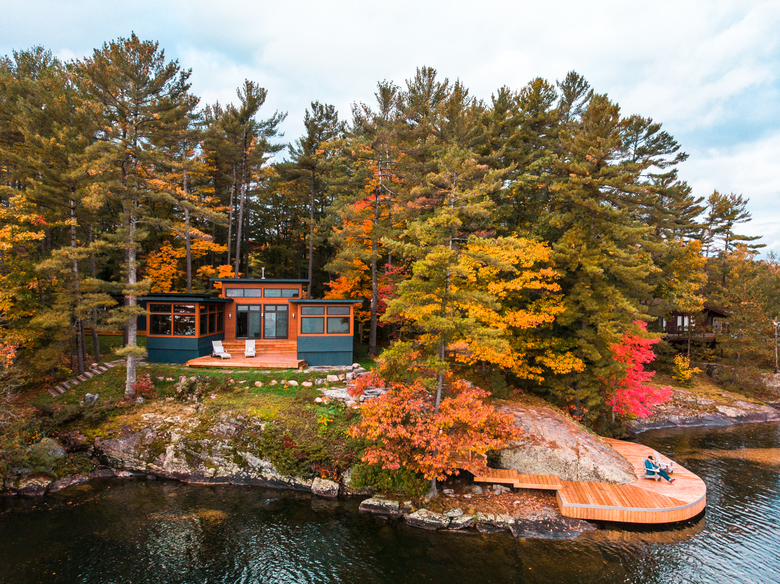 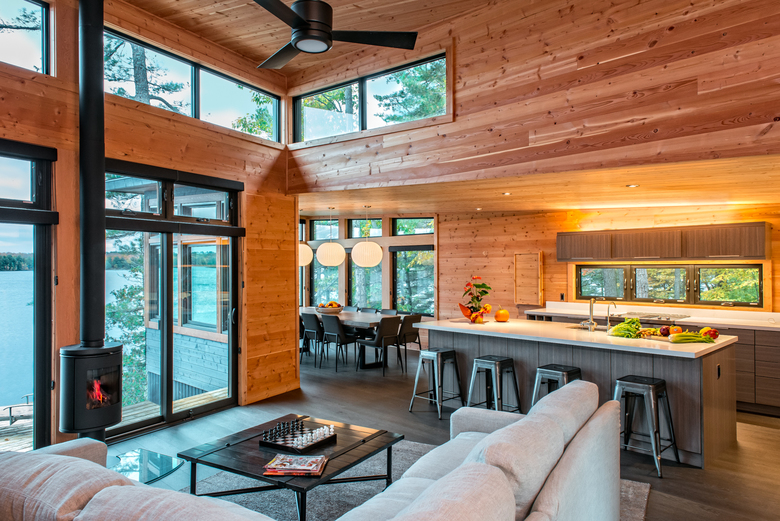 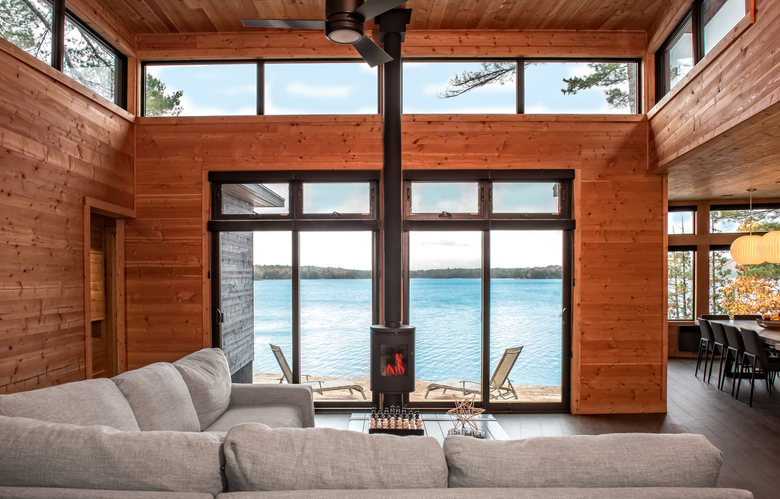 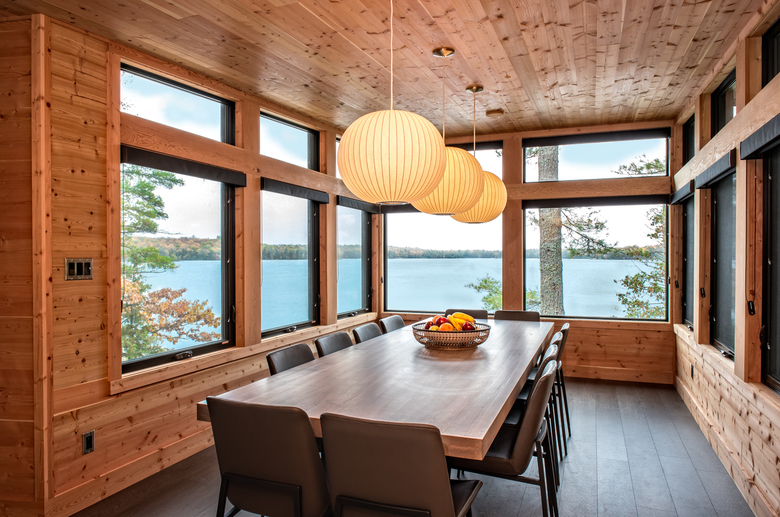 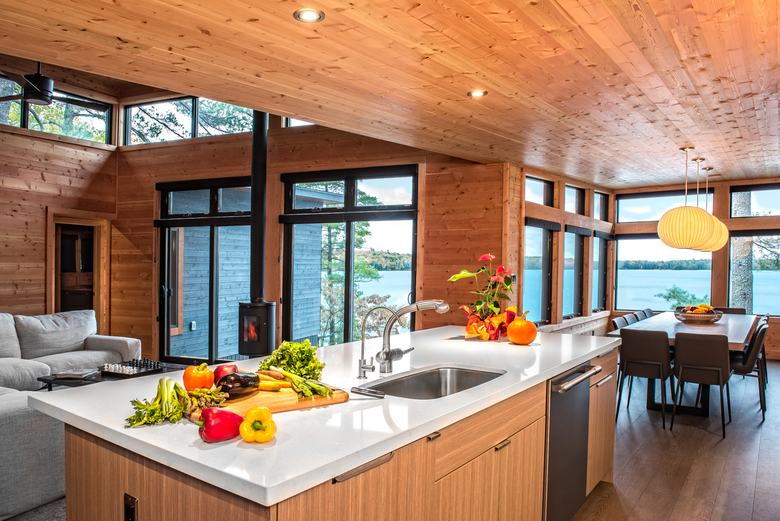 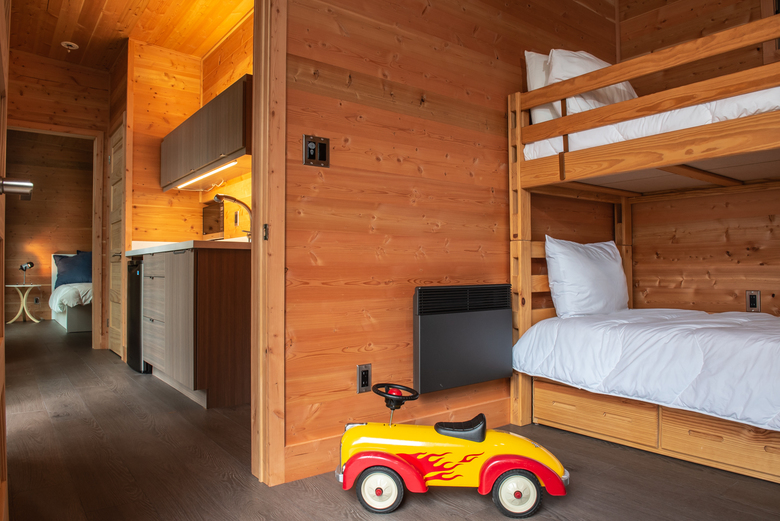 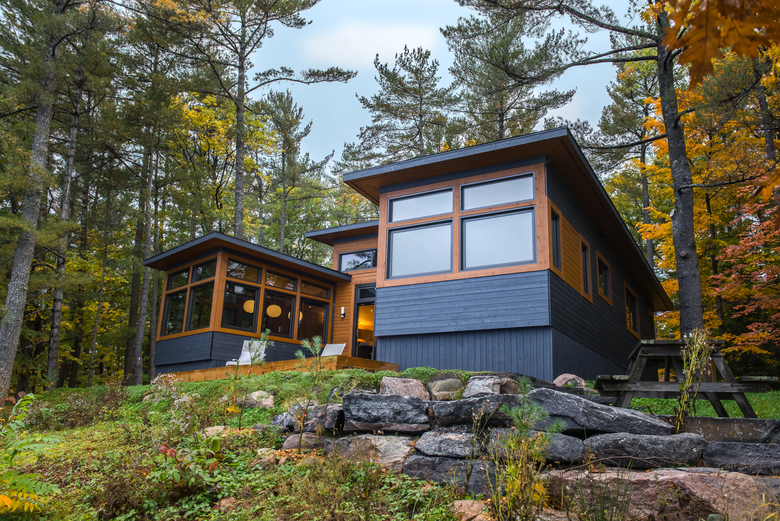 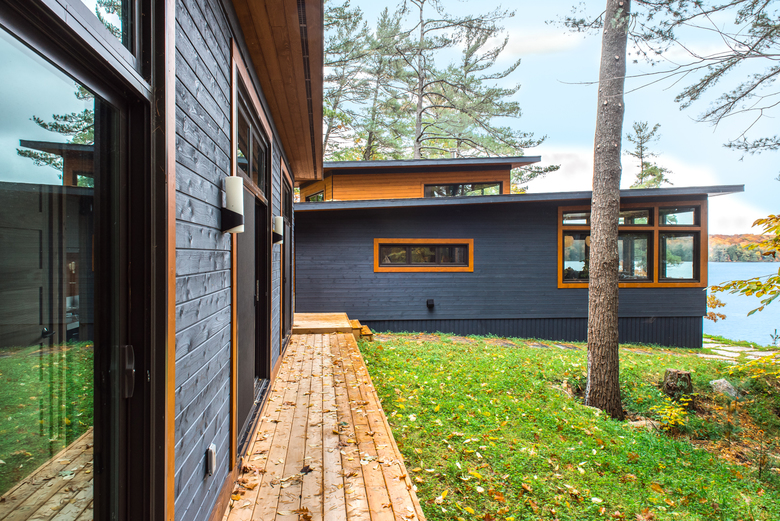 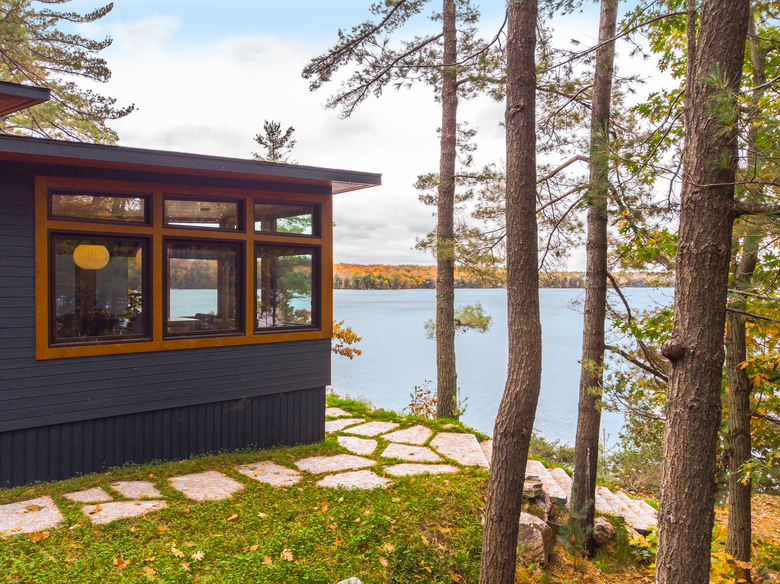 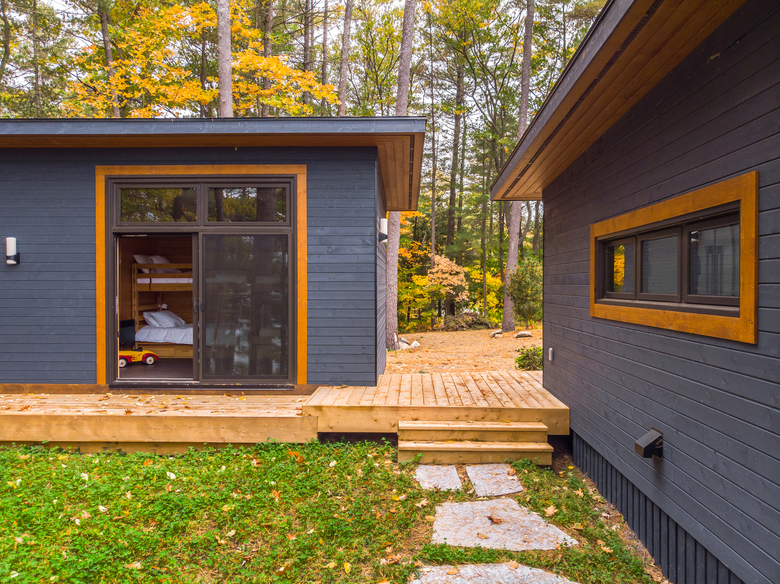 The Whitefish cottage is a compact compound built for two sisters and their young families. On a grandfathered site with tight zoning restrictions the sisters decided to use Altius’ in-house PreFab capabilities to design a Hybrid cottage complimented by a Solo bunkie.

The cottage is part of Altius’ Hybrid program that uses a combination of prefabricated modules and site built space. The two modules angle away from each other opening up towards the lake and are connected by the living room space that was built between them. Featuring an open concept living space consisting of dining room, kitchen and living room, the cottage also has two bedrooms, two bathrooms and a laundry room neatly packaged into 1200 square feet.

The 480 square foot bunkie serves as a wing of the cottage though completely detached. It features two bedrooms, a bathroom and a breakfast bar for morning coffee and movie popcorn for the kids.

The design of the cottage provides generational flexibility for the two families. While the kids are little and need to be close to their parents one family sleeps in the cottage while the other sleeps in the bunkie. The long term plan though is that when the kids get older the parents will takeover the cottage and the kids will rule the bunkie. Bedrooms were pre-planned to create maximum distance between the two.

The cottage enjoys the benefit of the grandfathered siting, closer to the water than what would currently be permitted and it takes full advantage of it. The living room opens on to a broad deck that gives way to natural native landscaping paved with local large format granite slabs. A stone patio with a fire pit is on the path to the spectacular curved dock that is cantilevered off the shoreline.

The Whitefish cottage is a wonderful example of a family choosing to pack a lot of functionality into a relatively small space while not feeling small at all.

Other Projects by Altius Architecture Inc.

Lakeview In The Beaches