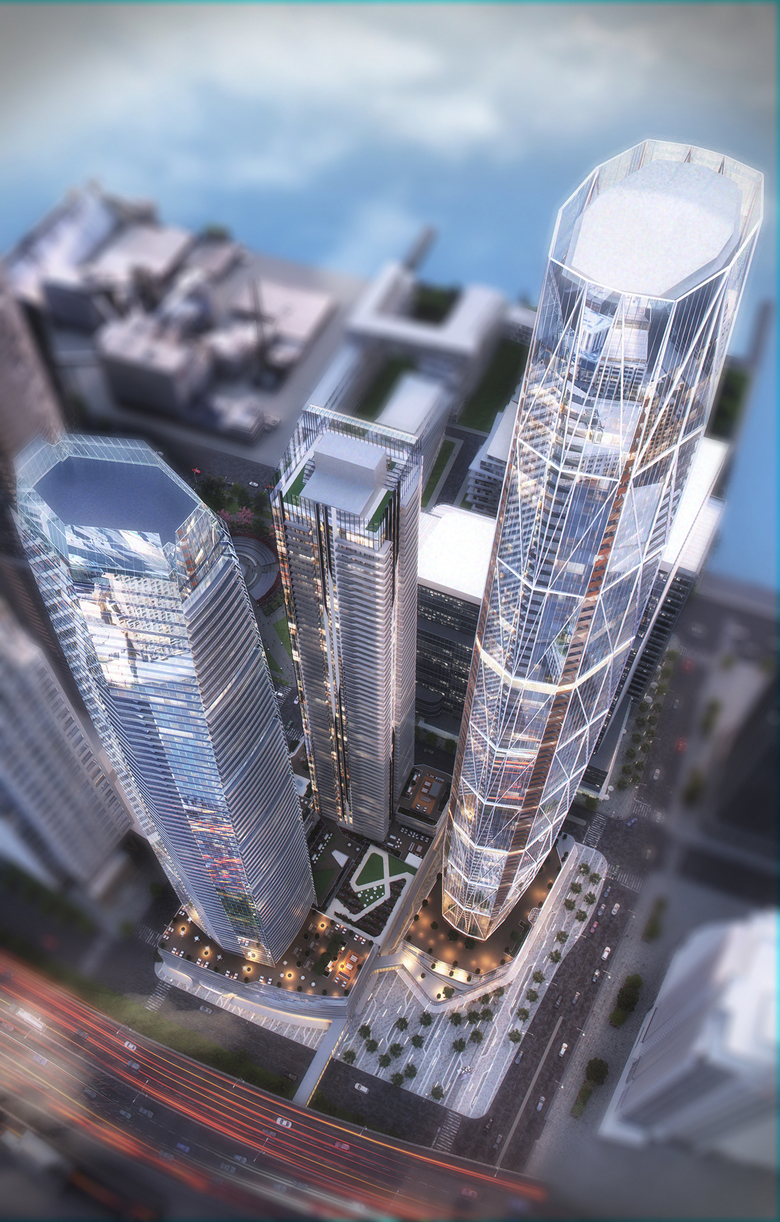 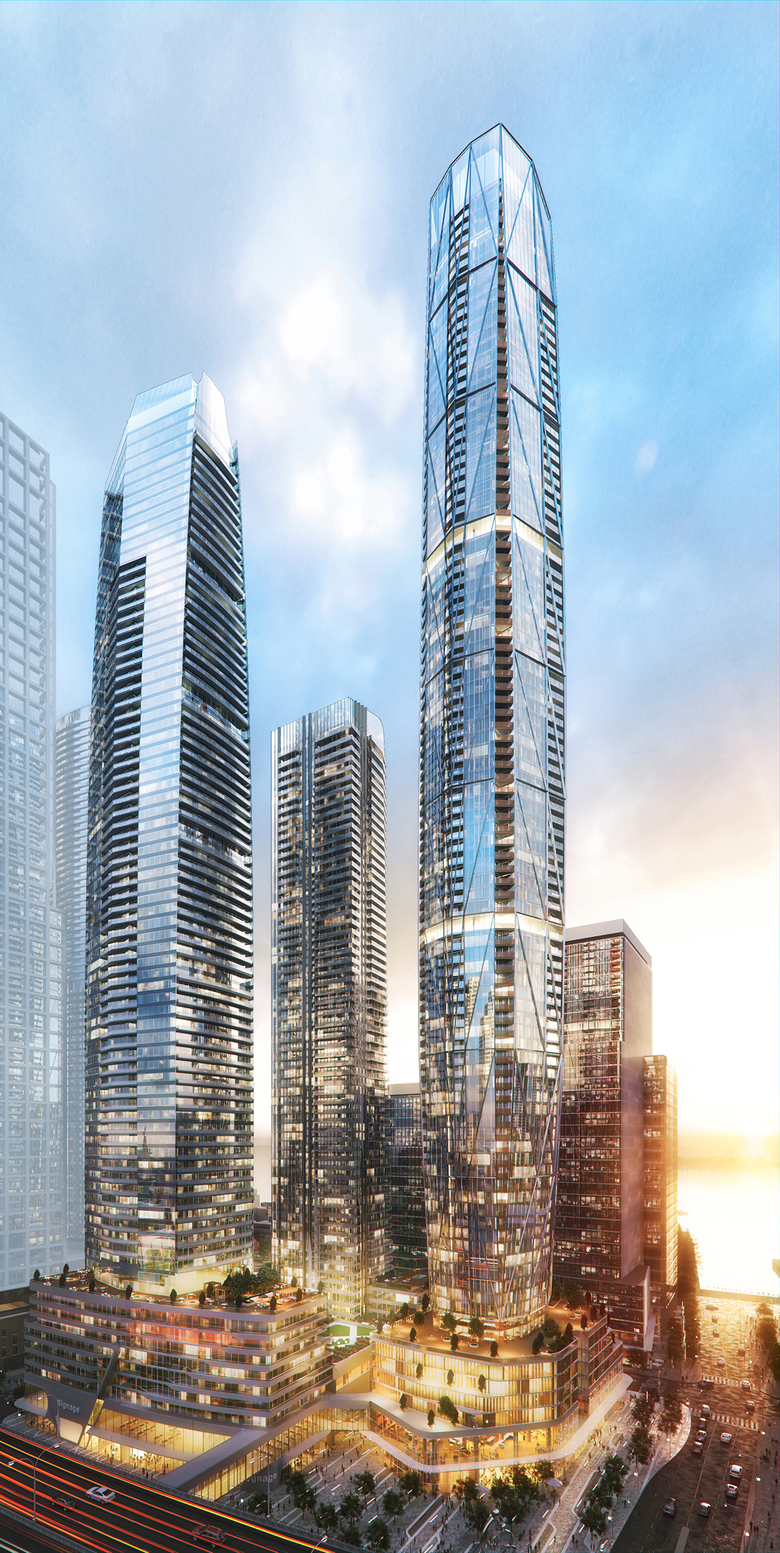 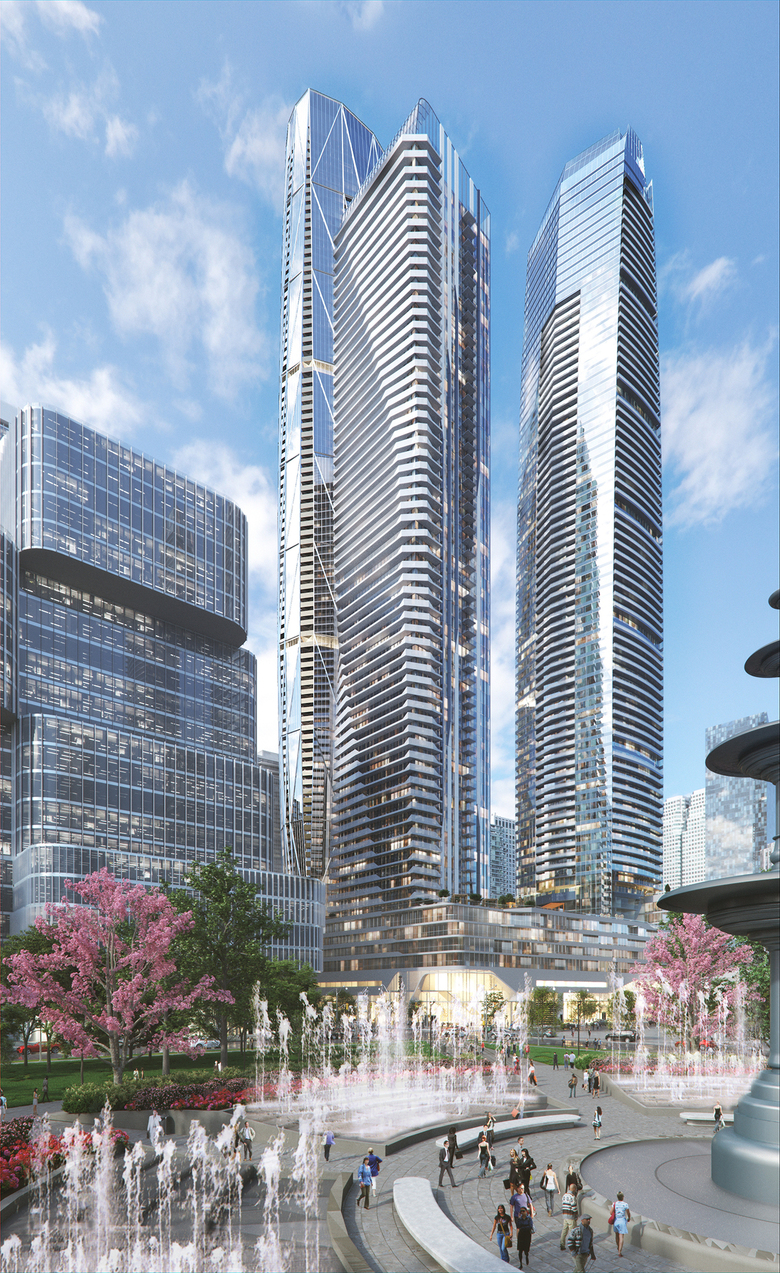 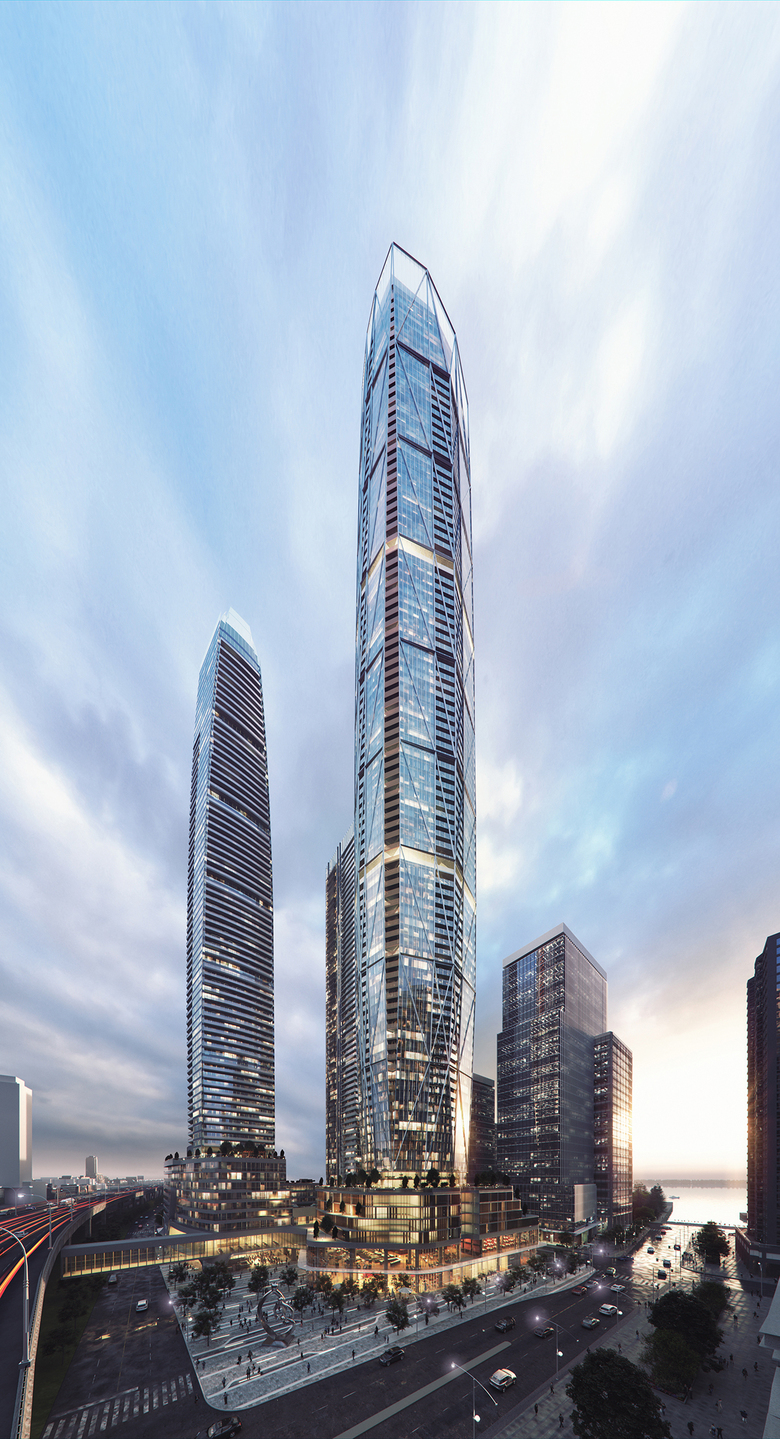 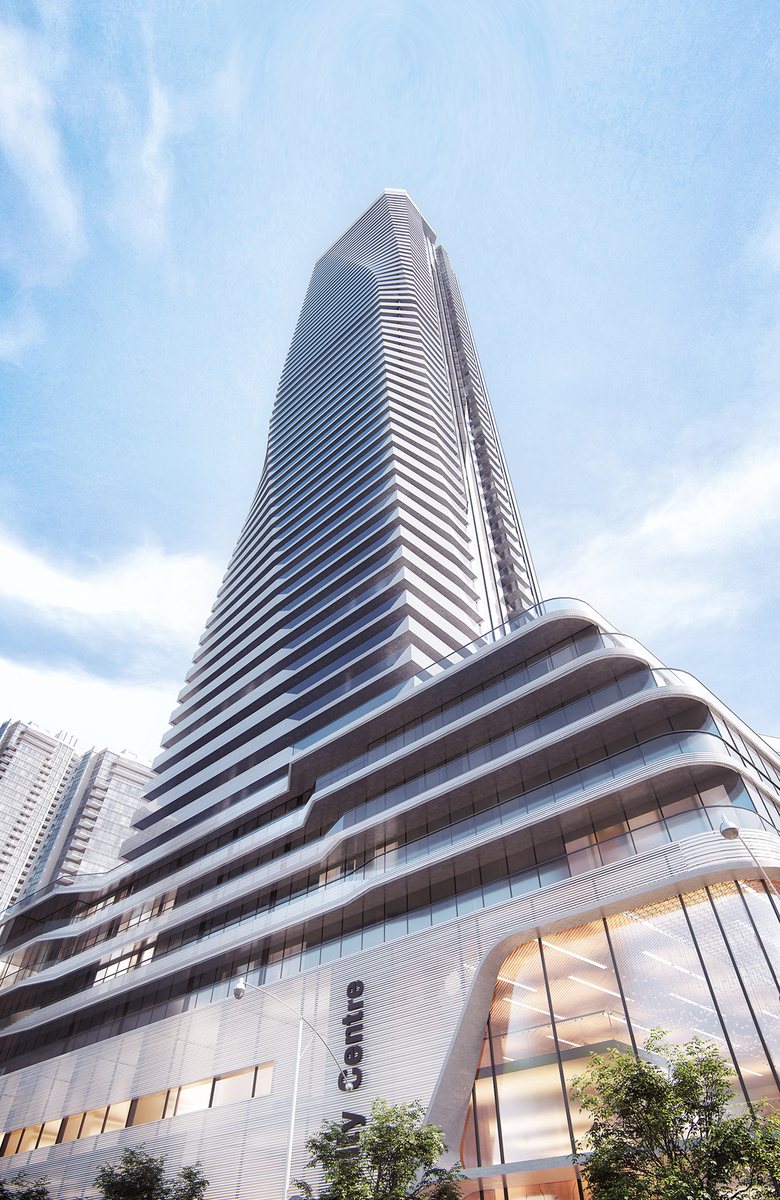 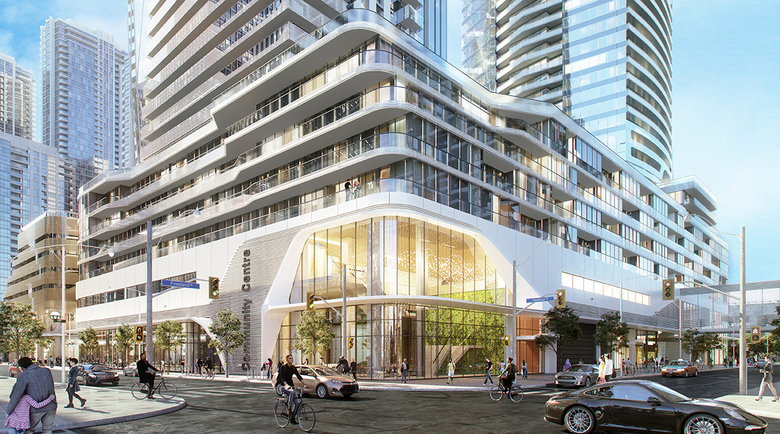 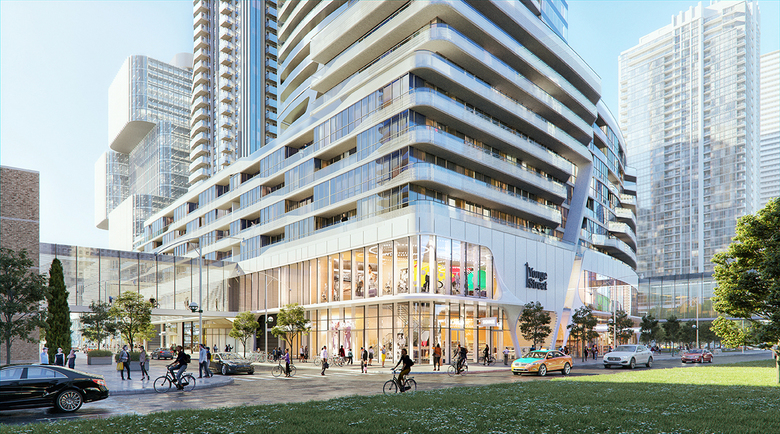 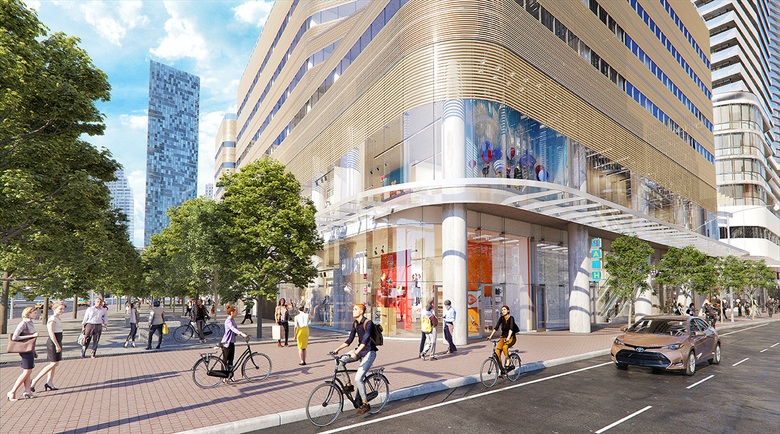 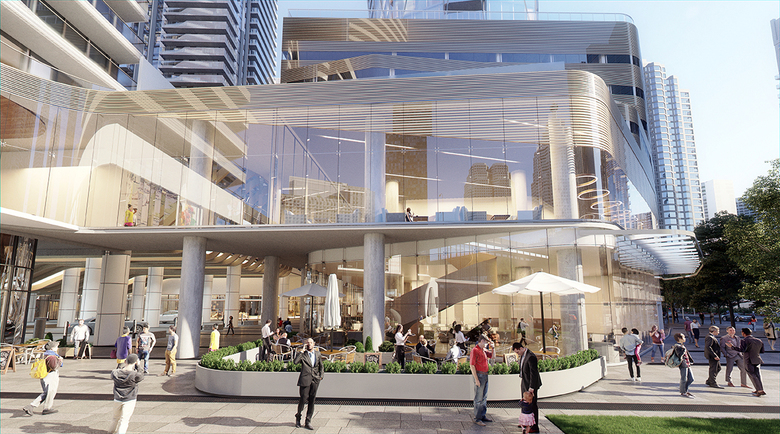 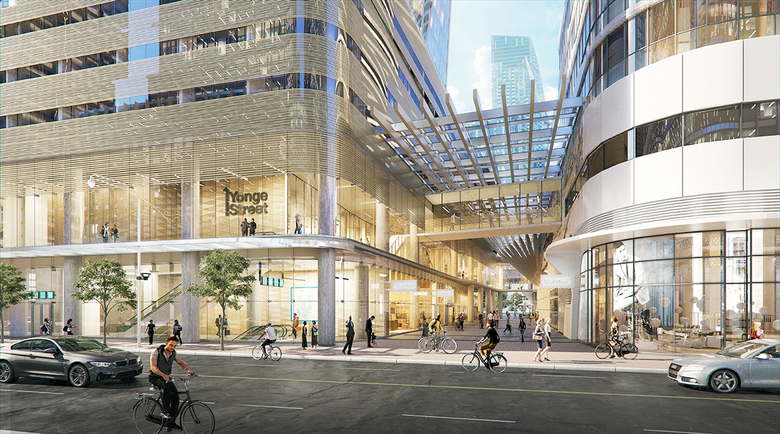 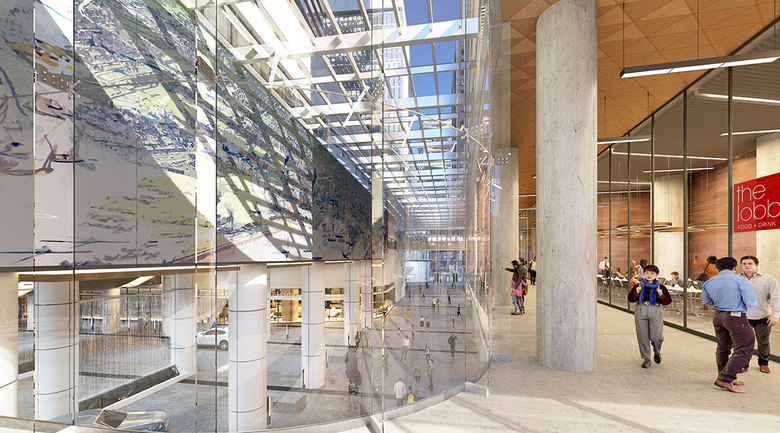 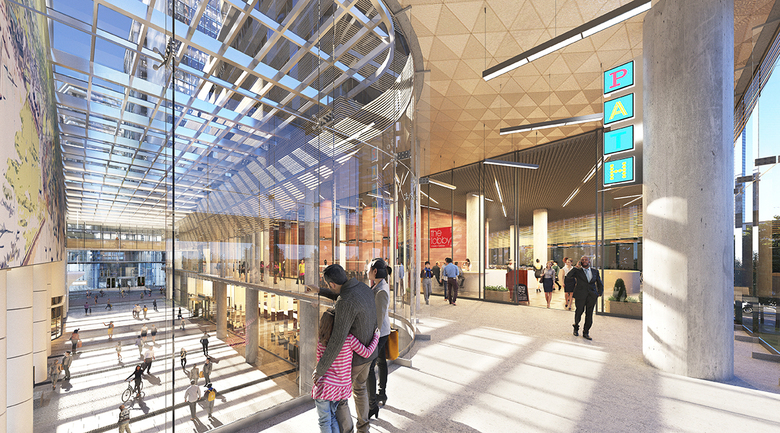 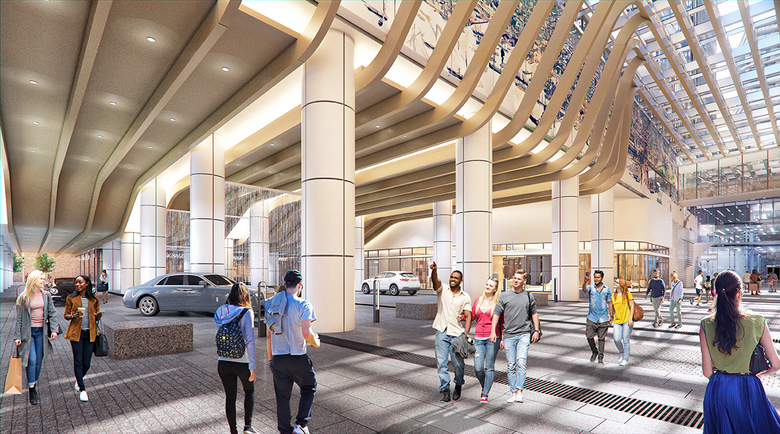 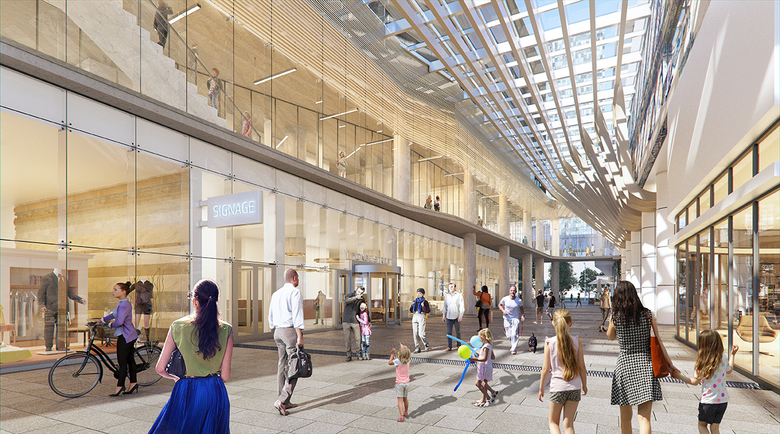 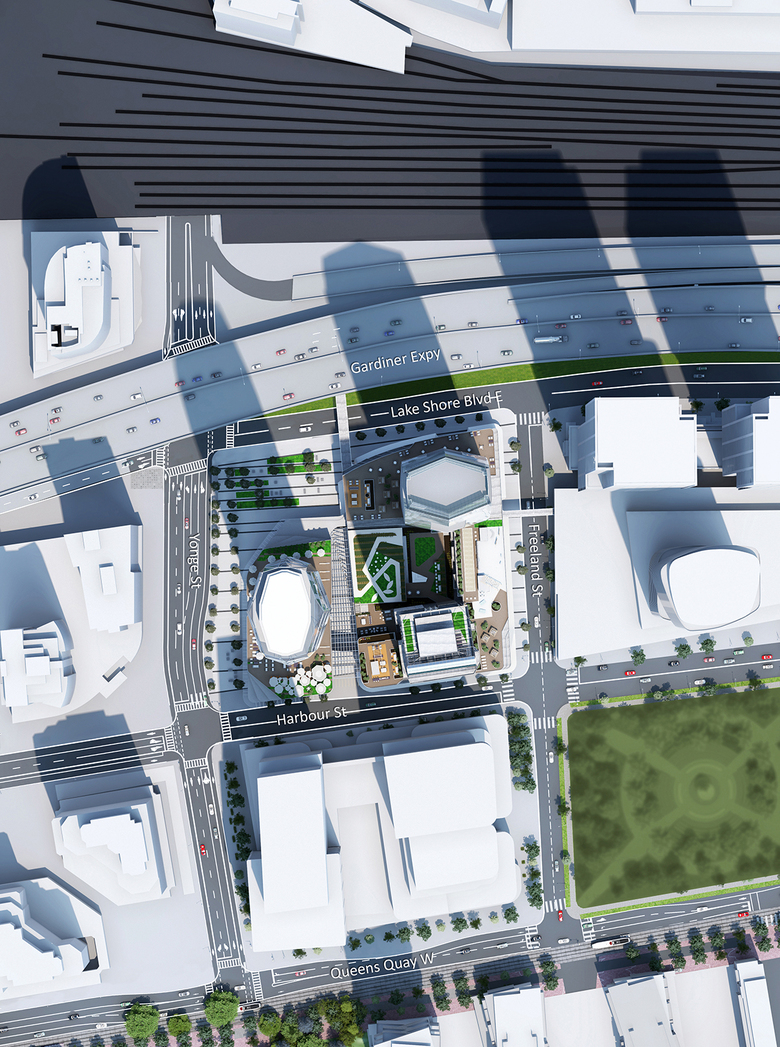 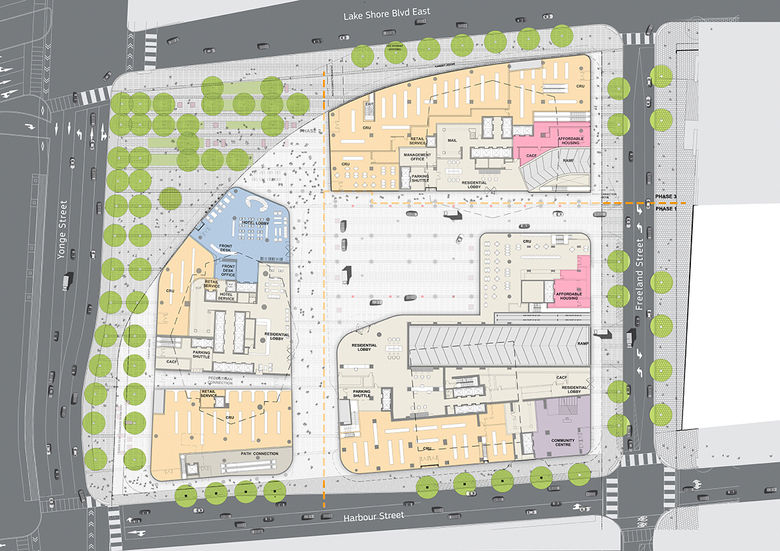 Hariri Pontarini Architects (HPA) and Pinnacle International have unveiled their design for the over four million square-foot property at One Yonge. The design was led by Micheal De Cotiis, President and CEO of Pinnacle International and David Ponatrini, Founding Principal of HPA, who consider this project a successful demonstration of collaboration between the City, Waterfront Toronto, Developer, and Architect.

The development, on Toronto’s waterfront, rethinks the typical mix of residential, commercial and retail space found in Toronto. It will be comprised of five new buildings and the re-clad existing Toronto Star building, all within two city blocks. The north block includes three residential towers (at 95, 80 and 65 storeys) with hotel, affordable housing, community centre and extensive retail. The south block includes two new office towers (at 35 and 22 storeys) including extensive retail on the first two levels, and the current Toronto Star building which will be maintained and re-clad. Designed to densify and enhance the urban streetscape, the project links to public transit, improves and widens sidewalks, and provides prioritized pedestrian and cyclist access with north-south and east-west mid-block connections.

By connecting to the climate-controlled PATH, Toronto’s downtown underground pedestrian walkway, Pinnacle One Yonge will give residents and visitors direct access to Union Station, the regional train and bus terminal and the existing Union subway station. The project will act as a gateway to the new waterfront community still under redevelopment, with a design that strives to set a new standard for dense, urban revitalization.

“We are looking forward to developing this landmark community on Toronto’s revitalized waterfront”, said Mr. De Cotiis. Phase 1, the 65-storey tower, is scheduled to go to market in the coming months with subsequent phases expected to follow soon after.