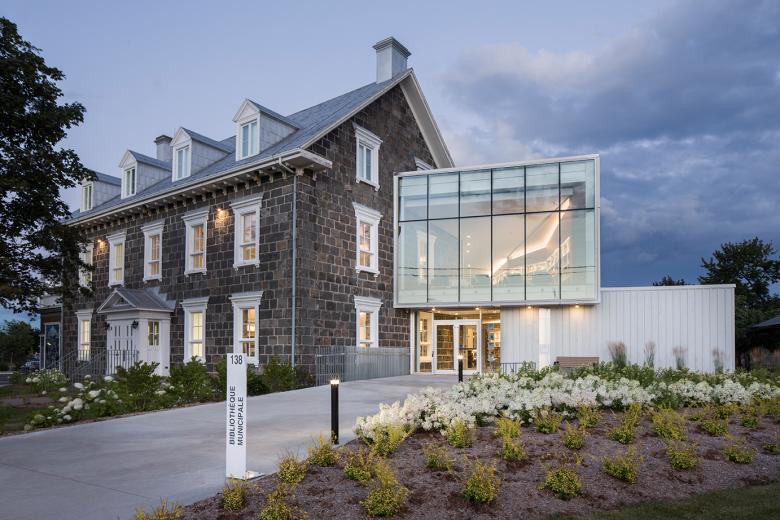 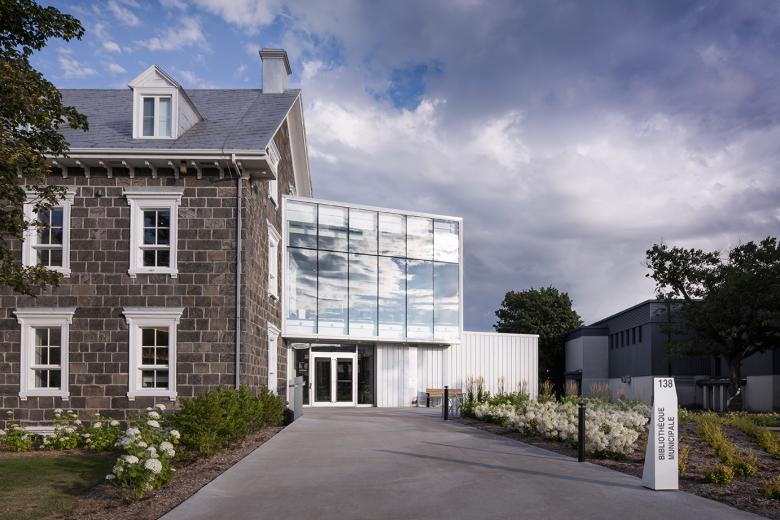 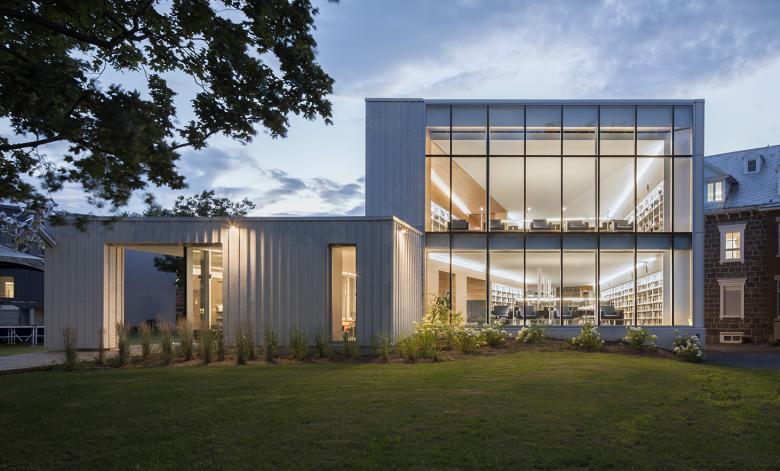 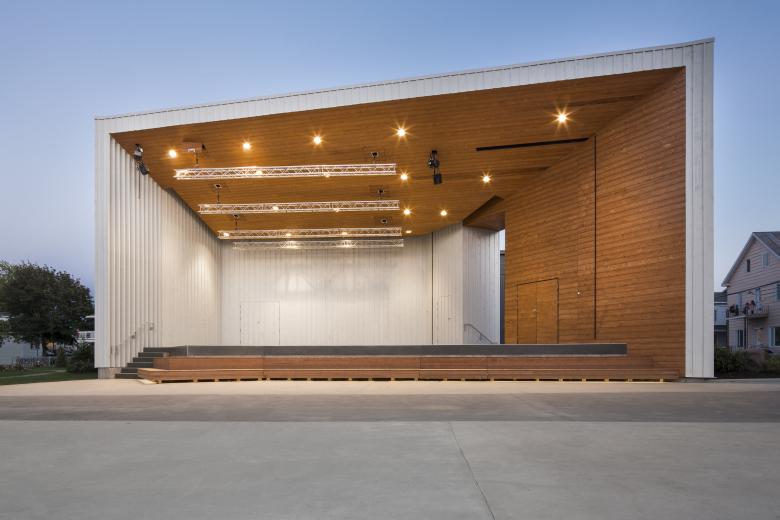 Montmagny’s new public library unites with its landscape to form a passageway between downtown and the adjacent wooded park. Its new addition is grafted onto the existing heritage-rich presbytery, giving the treasured building a new life. Encased in white wood, the library came into being through our perspective on Montmagny: its history, its identity, its landscape, its artists and its community. Its whiteness recalls the magical flight of geese over the river and, in particular, the local architecture’s simple, white volumes.

In a departure from the traditional library model, the building’s design is focussed on its users and their diverse interactions, rather than on document storage. Inside, a central volume invites roaming and also contains books, alcoves, stairs and a projection space; bright and sunny reading rooms deploy themselves around it. This minimizes the need for shelving, leaving space for individual contemplation and study, collaboration and exchange, exhibits and events. Naturally lit rooms contribute to the staging of the library in its environment, opening it up towards its community and reinforcing a feeling of belonging. The former manse houses administrative offices, periodicals and multifunctional rooms.

The library extends its “branches” outward via a wooden pedestrian promenade, sheltered by a long awning, running along an imposing bay window facing the children’s reading corner, marrying architecture and landscape. It invites the visitor, the user, people out walking, to interact with it, to question it, to explore it. Inspired by both city and nature, the Bibliothèque de Montmagny democratizes the library experience itself.