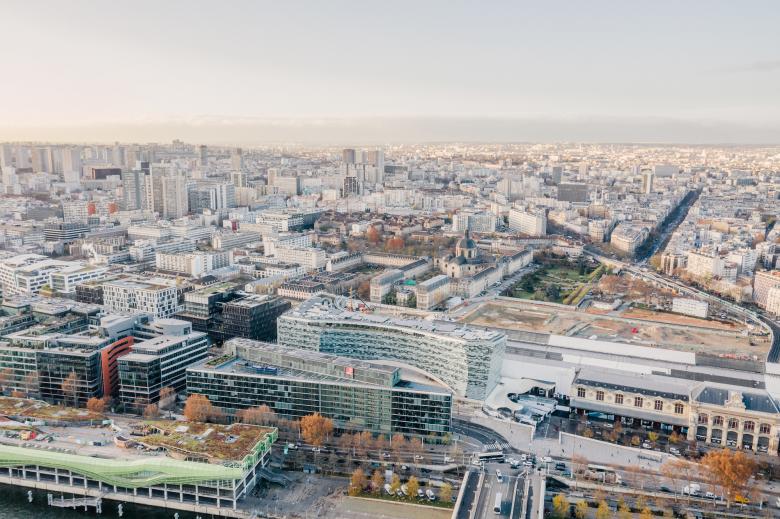 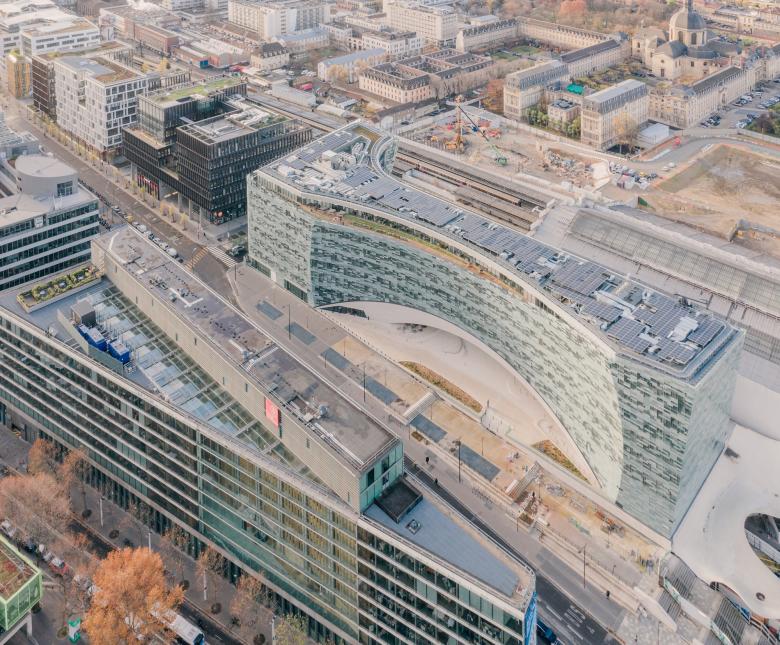 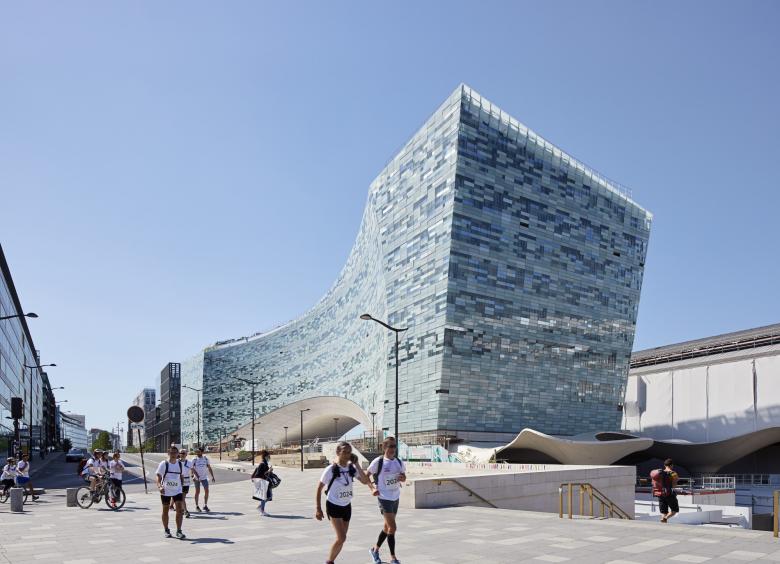 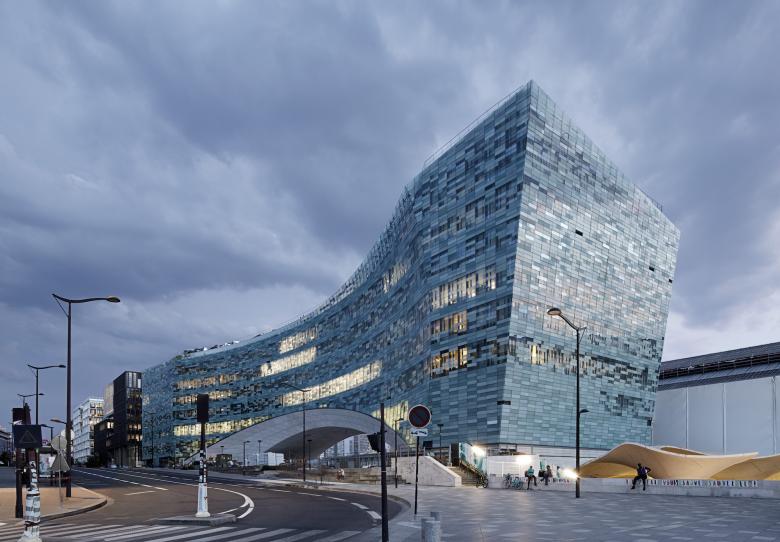 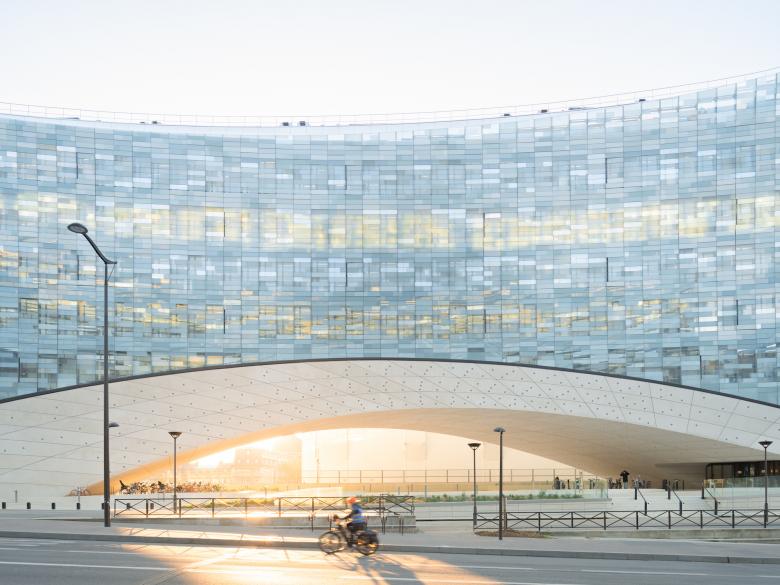 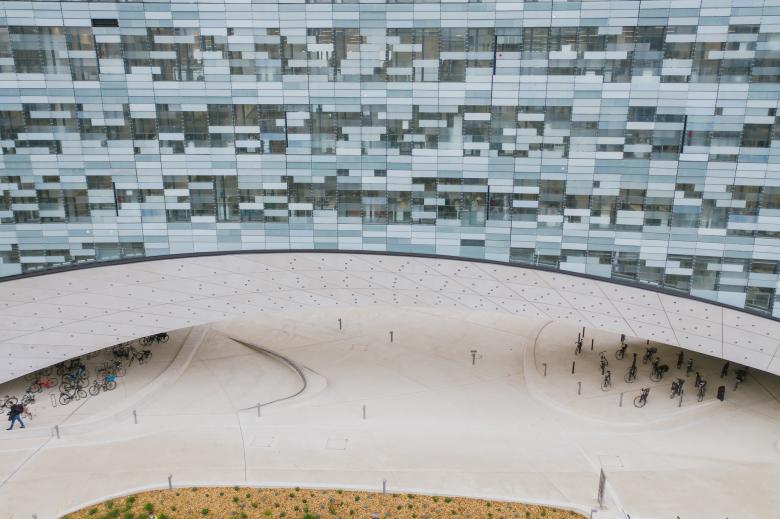 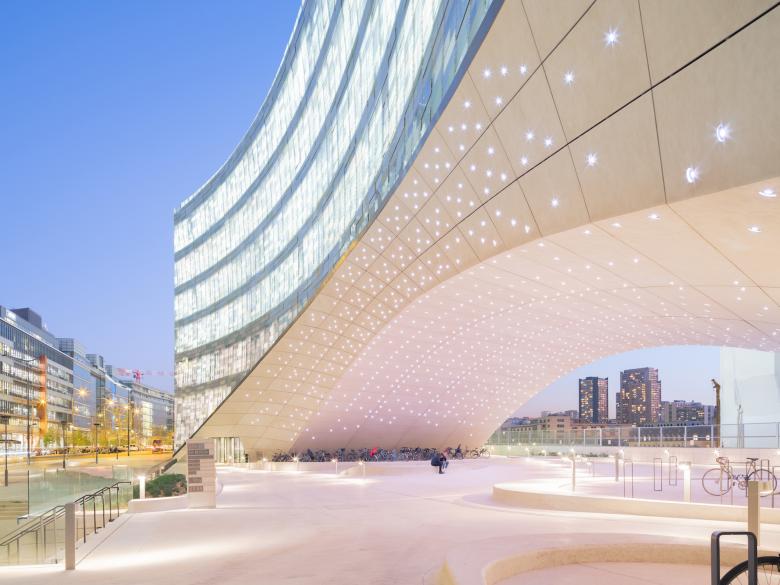 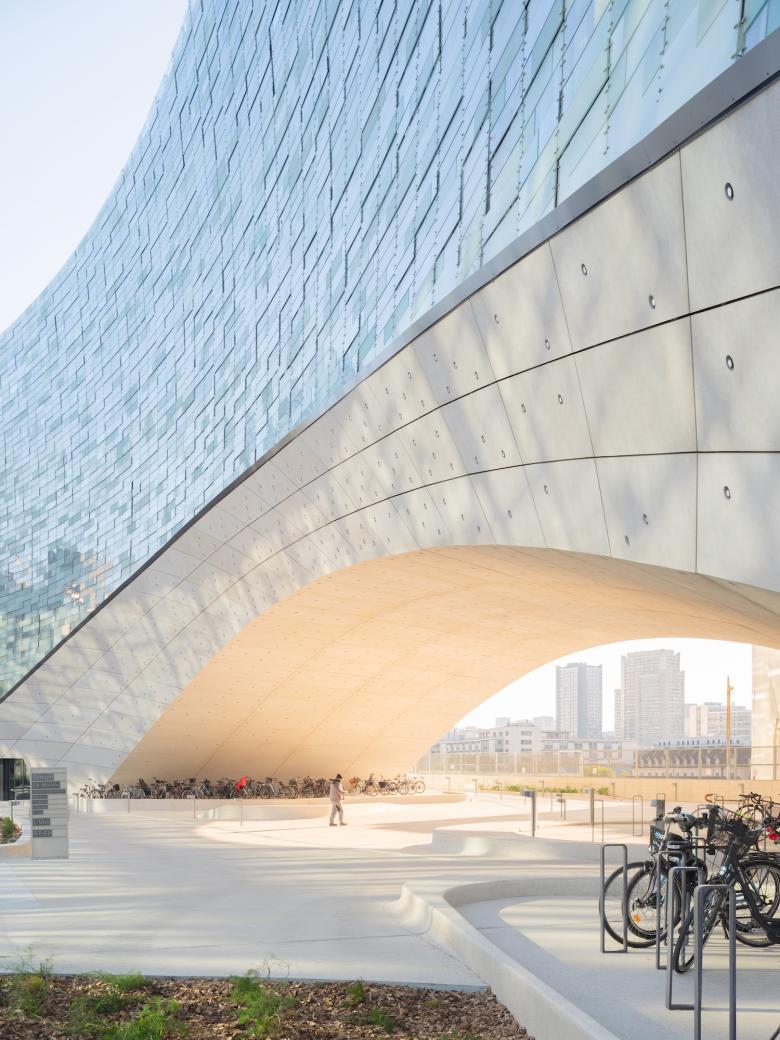 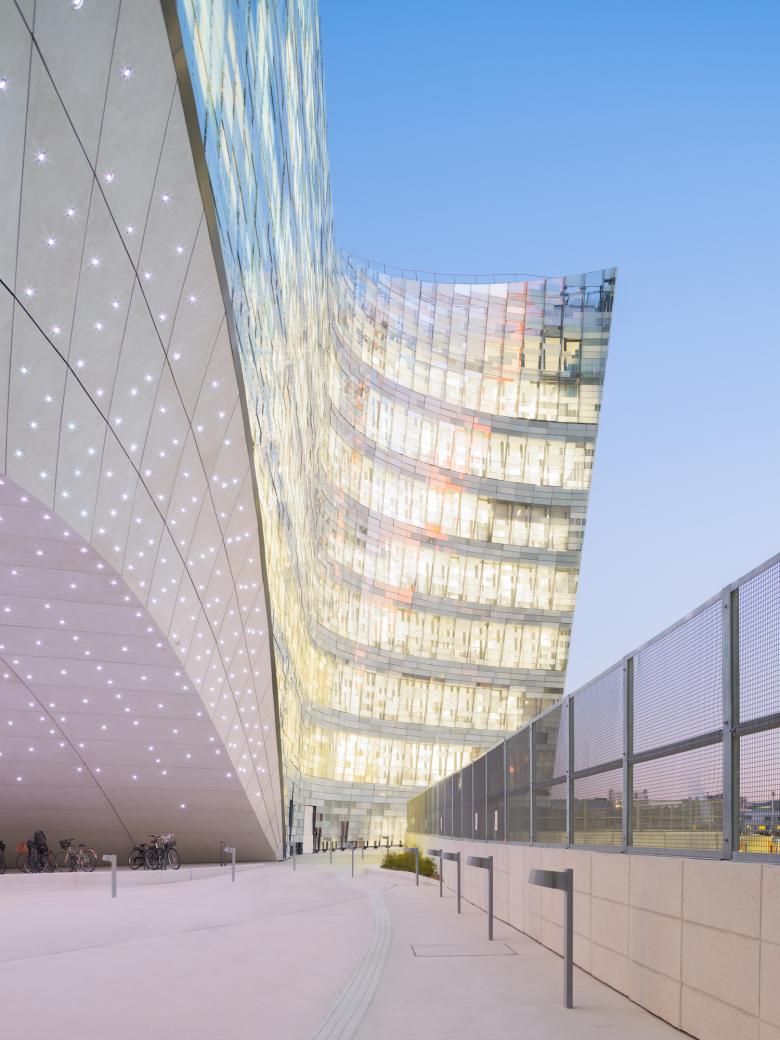 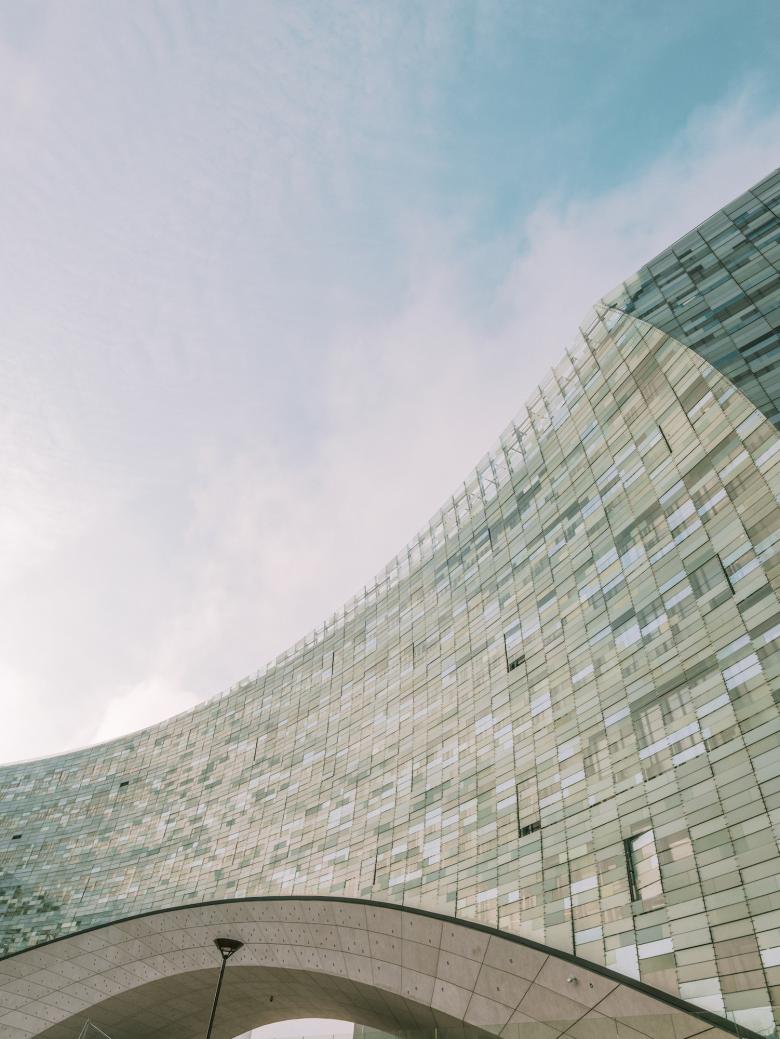 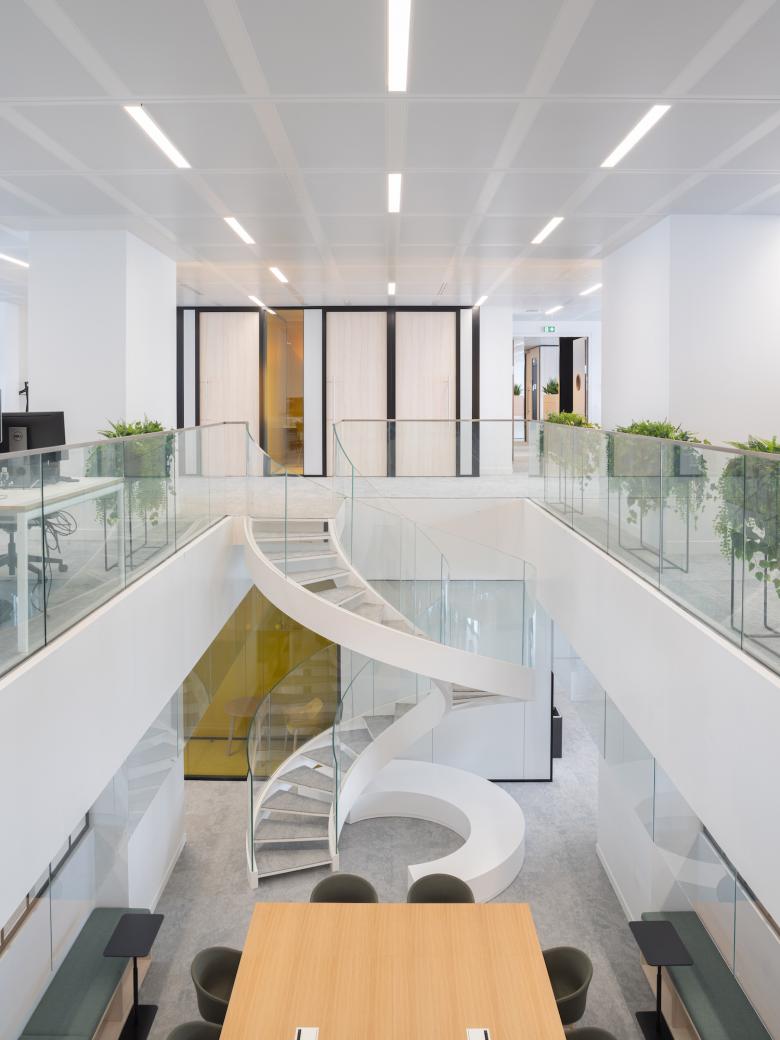 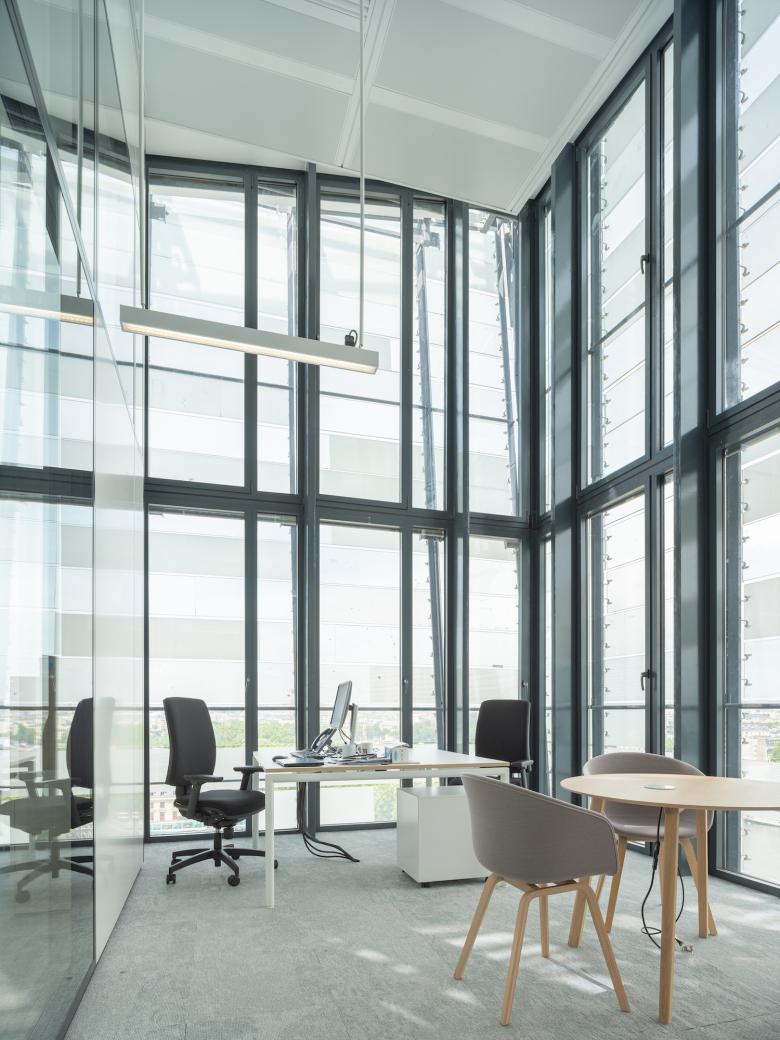 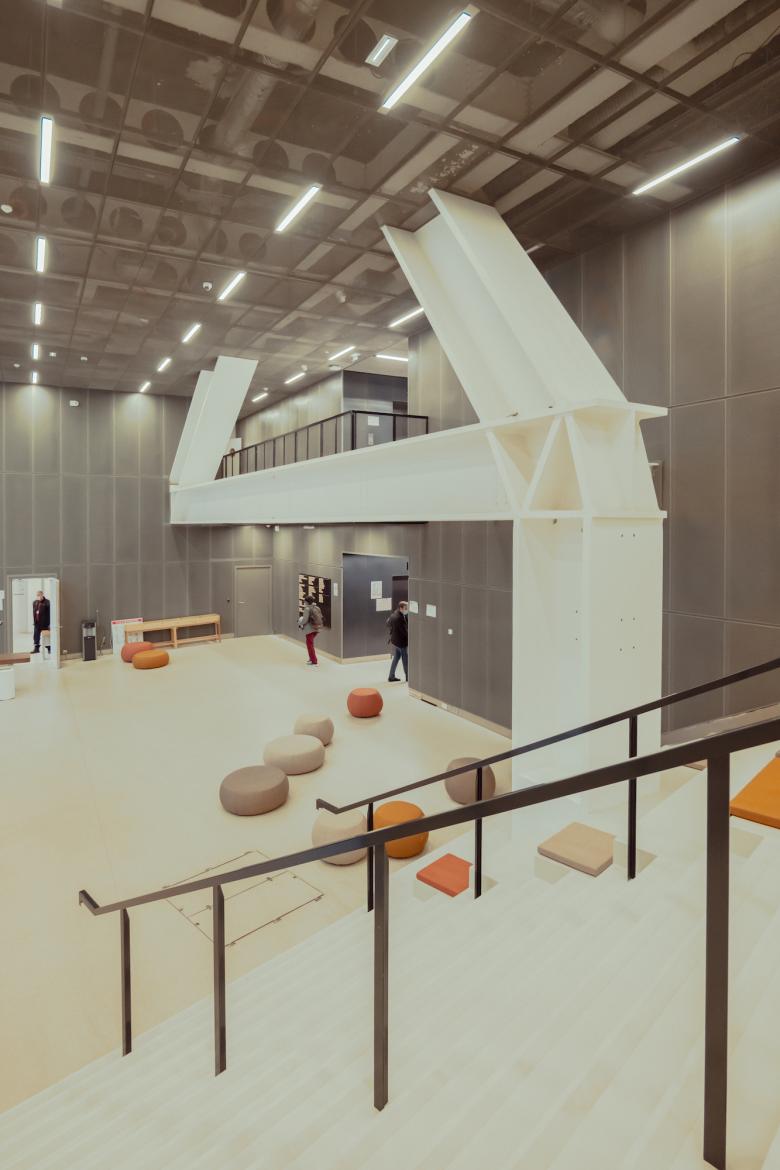 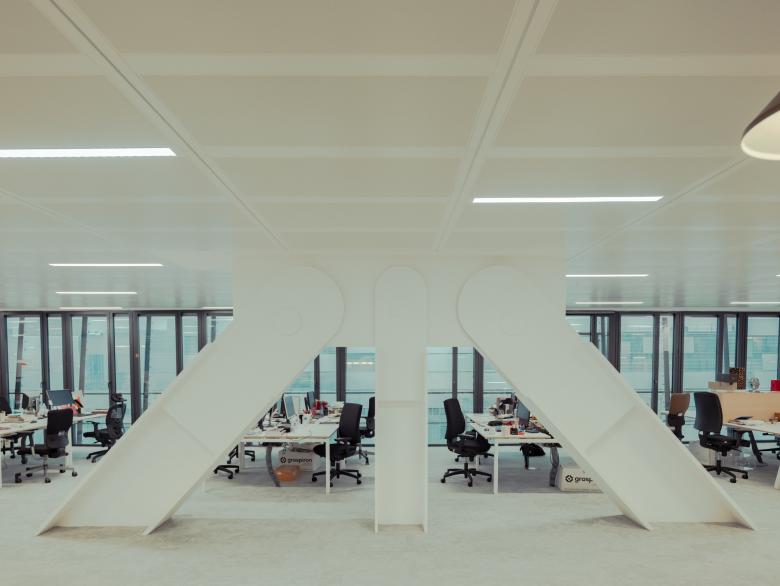 With the completion of its new headquarters, the 1,600 employees of the Le Monde Group have been brought together under the same roof in a generously arching building on 67-69 Avenue Pierre-Mendès-France in the 13th arrondissement of Paris. With its bold new plaza and semi-transparent outer skin, the building creates connections to the general public and surrounding transit while also offering citizens and passersby a generous respite in the city. On December 11, 2020, the building received the prestigious French real estate prize, the Grand Prix SIMI, within the category “New Office Building Larger than 10,000 m²”

The Le Monde Group comprises some of France’s most famous publications, including Le Monde, Courrier International, Télérama, La Vie, and HuffPost, and their new home unites them under a shared roof together with the publication l’Obs, which is also owned by the group’s shareholders. Previously scattered across different sites in Paris, the six newsrooms now share a common home on the Rive Gauche of Paris, all while remaining independent and retaining their own space in the building.

The project represents Le Monde Group’s re-investment in its staff at a time where other media outlets experience a down-sizing of their newsrooms, and their deep commitment to cultivating a vibrant public realm through democratic access to information and physical space. A translucent, dynamic façade and expansive public plaza express the building’s openness to its surrounding context.

Indeed, the project itself emerged from a moment when these priorities were called into question. As the Le Monde Group deliberated over architectural proposals for their future home in early 2015, just days after the attacks on Charlie Hebdo Magazine’s headquarters, they ultimately selected Snøhetta and local partner SRA’s design, opting for a building that remains in open dialogue with the city of Paris and its inhabitants.

Sitting adjacent to the historic Gare d’Austerlitz train station, the project is a close neighbor to the historic Latin Quarter and the lushly planted gardens of the Jardin des Plantes. The concave form of the building bridges over the below-grade railyard, anchored on both sides with two seven-story cantilevering volumes held together by a complex network of steel. Three gestural «cuts» shape the building mass: the «sky cut» reveals the oblique surface of the solar-panel-clad roof; the «city cut» pulls the building back from the along its street-facing facade; and the «ground cut» carves out the underside of the bridging structure, enveloping the new public plaza together beneath its expansive arched form.